CAR PARK CLOSURE: From the 1st July 2022 until the 23rd July 2022 the hotel is undertaking major works to the car park. Please note due to these works the car park will not be in operation. We have made alternative arrangements for your stay.

We look forward to welcoming you to Mercure Brisbane King George Square to experience the vibrancy that Brisbane and the great South East region of Queensland has to offer! For enquiries: h8780@accor.com or contact the Duty Manager +61 (0)439 769 128

Centrally located in the heart of Brisbane, Mercure Brisbane King George Square provides guests with access to all this beautiful city has to offer. Located opposite King George Square and Brisbane City Hall, this hotel is short walk from botanic gardens. om Central and Roma Street train stations, as well as a major bus network and ferry terminals. Guests travelling on business can enjoy access to the CBD, while travellers looking to explore are within easy reach of Queen Street Mall and Southbank.

With its central location, Mercure Brisbane King George Square is the ideal base for both business and leisure travellers. The hotel concierge can provide local knowledge to help guests make the most of their stay and assist in booking tours of Brisbane.

An airy, light-filled space, a friendly green oasis away from the city's hustle and bustle. Be enticed by the Pacific inspired Mediterranean dishes presented with casual sophistication. We invite you to relax with the city's best coffee, OR, step it up a

Indulge in Brisbane's finest coffee and a range of sweet and savoury takeaway delights from our iconic street café. Open daily from 6:30am into the evening,

Named for its roof 'branches' reminiscent of a deer's antlers, our intimate space offers a haven of comfortable seating, a selection of boutique beers, cocktails, and quality wines, as well as impressive tapas menu.

Get fit in the clouds with strength and cardio equipment available to use. Entertainment options include in equipment TVs and big screen TVs throughout the room. 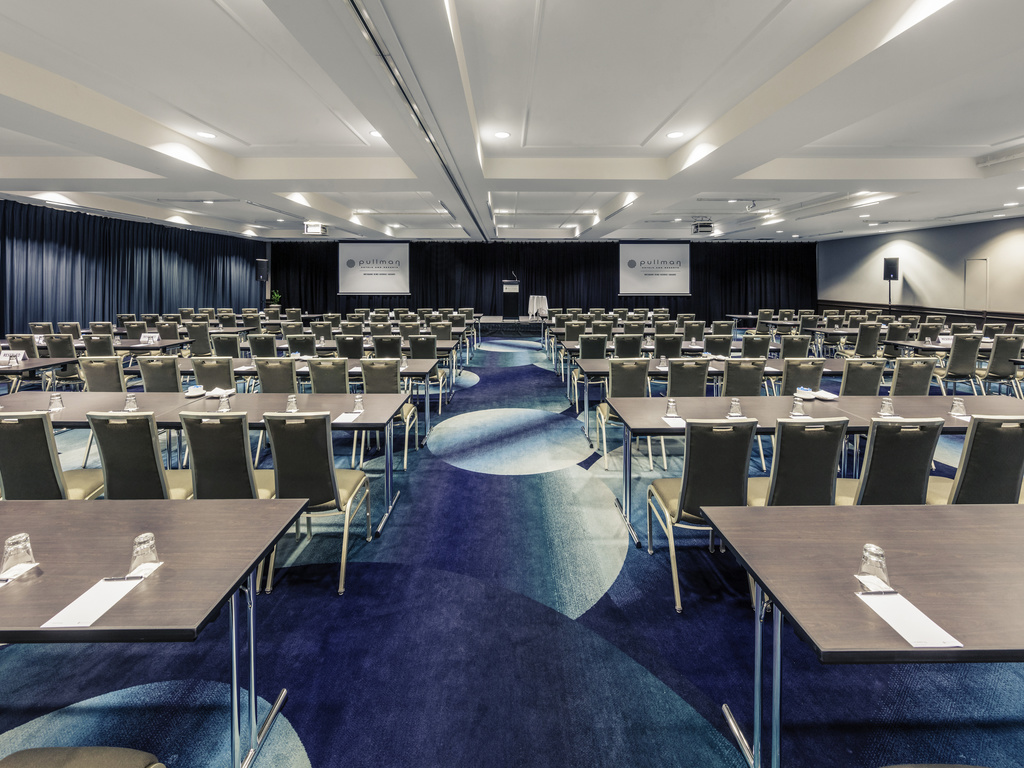 Warm and inviting, yet modern and tasteful, guest rooms at Mercure Brisbane King George Square provide the ideal base for all types of traveller, with Superior, Privilege and Accessible options available. Guests staying at this contemporary Brisbane hotel can enjoy a range of convenient features, including an LCD TV with cable channels, a workspace with cable and WIFI Internet access, individually-controlled air conditioning, an ensuite, an in-room safe, and tea and coffee making facilities.

Zero benefits being an Accor member

As a loyal Accor member for business, family and extended family travel - Accor promised offers, guaranteed benefits were nil! Zero welcoming benefits or any discount on hotel meals or beverages were provided as described within member terms!

Having been ALL – Accor Live Limitless and Accor Plus members for several years now, there's a standard we've come to expect of Accor's hotel portfolio, and sadly the Mercure Brisbane King George Square has missed the mark. Whilst the staff and concierge were friendly and helpful, and even the food at the downstairs Goldfinch Restaurant was fantastic, alas the rooms we stayed in (we booked 2 for our family of five) left much to be desired. The rooms looked old and tired and in dire need of an upgrade and refurb. The couches were riddled with weird stains that I don't want to know about, and our pillowcases had footprints on them. Our toilet was constantly running, which was kinda annoying and noisy at night to hear the fill-up of the cistern kicking in every now and then. The TV system could benefit from an upgrade - would've been nice to have access to apps like Netflix or Disney+ built-in, like in other Accor hotels/resorts we've stayed at. One thing that bugged me most was that we were "forced" to have our car valet parked. When we stayed at the adjacent Pullman hotel a few years ago, we were allocated a car space (in the very same basement car park) and were free to come and go as we pleased through an allocated keycard. When we told them we wanted to park the car ourselves they said if we did there was no guarantee we could get a car space each time we came back after going out. Now as it turns out, by forcing everyone to valet park, they park guests' cars beyond the carpark's capacity. And at $50 per car per night, that's just one HUGE cash grab in my book! Another thing was that the rooftop pool is advertised as being heated when it actually isn't, so my wife was shivering when we went for a dip. All in all we probably would not come back to this hotel.

Stayed for five nights, two rooms. found standards have declined dramatically at this hotel. The rooms were very tired- carpets damaged and need replacing, bathrooms tiles broken at the edges etc. cleanliness not up to standard. Around the pool near the planter boxes was filthy with broken glass etc. Pros- comfortable beds and quiet dark, rooms, a self service laundry, convenient location. The worst aspect of our stay was the service. Staff generally unhelpful, exhibited a poor attitude, didn’t want to be there, were not helpful or friendly. The Dutch lady at the front desk gave our our private contact details to a third party who then proceeded to harass us. We complained about this to management, who apologised. This same lady then refused to serve us the next time we were at the front desk; she turned and walked away and talked to colleagues instead of assisting us. Staff member at the pool deck bar was positively hostile. Unbelievable. Housekeeping was almost non- existent. One day our room was not made up at all. Phone line to reception didn’t work, would cut out after a few rings. Was very difficult to get fresh towels when our room was not made up as the phone was never answered. Tea cups were not cleaned for days. Tea bags not replaced. Beds were made so messily, it was comical- my 5 year old makes a matter bed. On one occasion a staff member let himself into our room without appropriate notice. Goldfinch restaurant was closed for the duration of our stay apparently due to a flooding incident. That whole end of the reception was dark and dingy due to no lighting. It felt horrible. Breakfast was served in the bar which again was dark and dingy and needs to be refurbished. Service during breakfast was again poor, no engagement from the staff and you had to clear a dirty table to sit at. Again the staff didn’t want to be there. At the end of our stay we asked concierge if they could collect our bags from the room and he told us to use the trolleys and do it ourself. We asked if they collect bags from rooms and he responded with ‘if I’m not busy’. We asked ‘are you busy now?’ given that there was no one else around and it and he said ‘no’ so again we asked if he could collect our bags and he reluctantly agreed. Will not stay at either the Pullman or Mercure again (have previously stayed at both multiple times). This place needs a massive clean up- full refurbishment along with staff replacement and training.

Time for a refurbishment

Location great, service fantastic, let down by the rooms which are looking tired especially the bathrooms - discoloured silicone in the bathrooms is never a good look and there were a few rogue hairs in the shower as well

A great place to stay

I've nothing to complain about, which is what these forums are usually for. The staff and the quality of the rooms were all up to standard, but what sets this hotel apart is the rooftop bar. Great ambience, and a marvelous way to end the evening in the beautiful Brisbane climate. 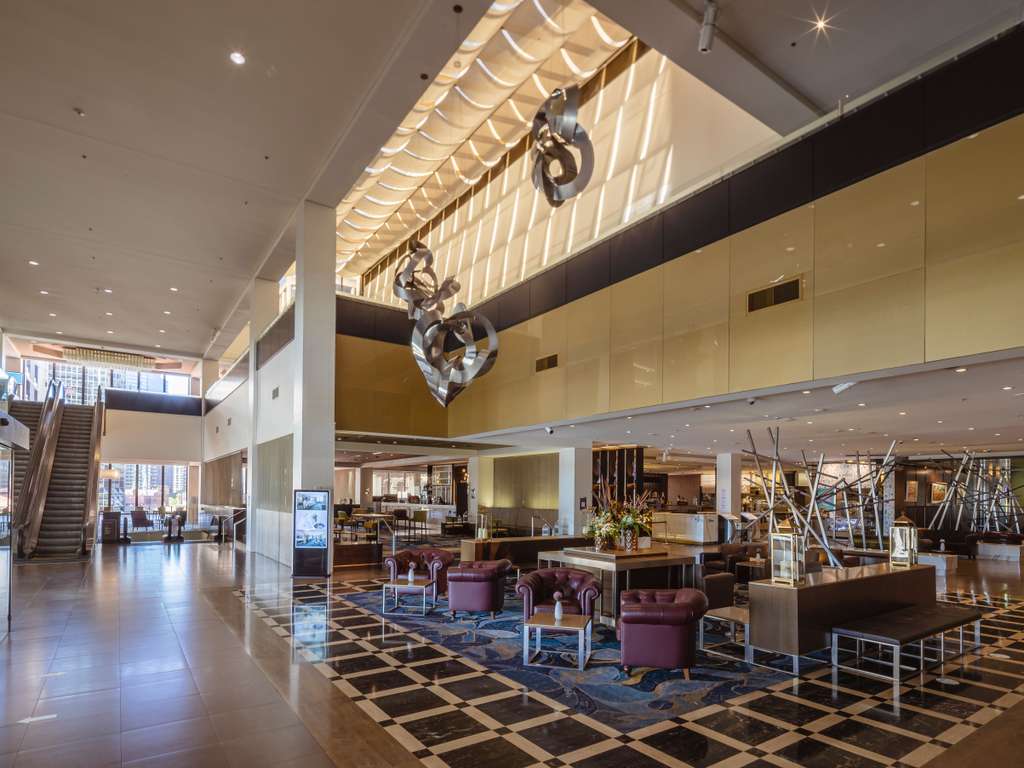 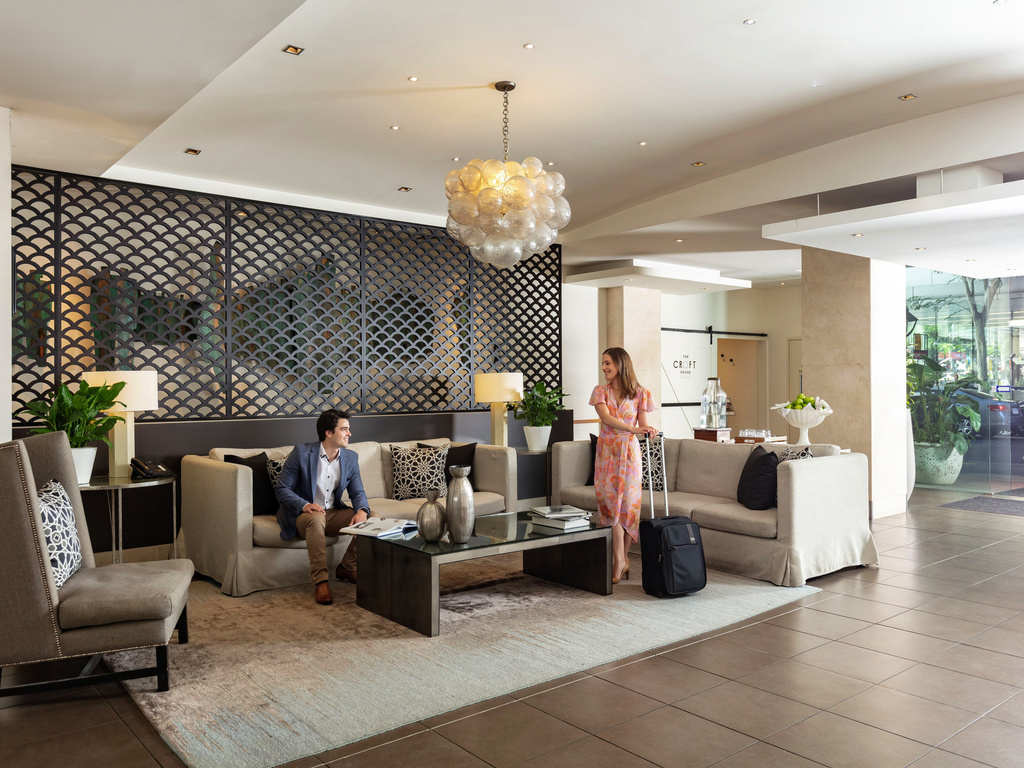