So much has been said about her but nothing truly does justice to her beauty, elegance and charm as much as experiencing her non-stop breath and beating heart in person. They say there's a certain "je ne sais quoi" about French women - and it's true of the city as well. In the summer, this vibrant cultural center transforms into so many kinds of seductresses, you won't know where one starts and the other begins. All you'll remember is that you never want it to end. Consider this guide to Paris a collection of Greatest Hits, hidden gems and new old favorites for the summer season.

Oh, The Places We'll Go - Top Things to do in Paris

Jardin du Luxembourg: The location is in fact something out of a turn-of-the-century novel; it is so popular that it regularly makes the list of the top 5 things to do in Paris. When you arrive, you'll see why: the "jardin's" vast and rolling grounds, coupled with its majestic and imposing palace, is a well-preserved piece of royal history unparalleled by any other in the world.

Don't Miss the Catacombs of Paris: They're a classic for a reason and one of the first things to do in Paris. Don't worry about sounding like you stepped out of a "Paris guidebook". The catacombs of Paris are some 200 miles of labyrinth-like tunnels that snake beneath the city. While it houses the skeletal remains of many who died of infectious diseases during the 18th century, the tunnels have also been, at one point or another, a refuge and home to artists and secret societies.

The Show Must Go On...at the Moulin! Sure, the Americans have the "Rockettes" but Paris has the Moulin Rouge! And it's been a cultural staple since it was first opened in 1889 by Charles Zidler and Joseph Oller. Well worth a visit if you can get tickets in advance, the incredible and daring acts are not all that will capture your heart: the interiors are still as romantic as fin de siècle France.

Take a Stroll Along the Covered Passages: A staple of pre-mall Paris, this is, without a doubt, a classic Paris hidden gem. These beautiful corridors are incredibly well-maintained to this day. The spectacular architecture of the passages of Galerie Vivienne, Passage du Grand Cerf, Passages Jouffroy & Verdeau, Passage Molière, and the Cour du Bel Air were the haunts of all the most fashionable Parisians of the 20th century. Even today, with the summer sun streaming through its glass ceilings on to mosaic-tiled floors lined with decadent shops and sweet bistros, as well as eclectic bookstores and antique shops, there's nothing quite like it in the world.

Visit the Marché St. Quentin: If you're a self-professed, self-taught foodie and fresh-produce-phile, a much-anticipated trip to Marché St. Quentin is in order. The covered market is known to carry the freshest produce, including many types of specialty cheese, in the city.

Reserve a Spot at the 404: A faded but charming little Moroccan restaurants awaits you for an authentic dinner this evening. Tucked away in an old 16th-century building, the restaurant oozes plenty of history and charm - but it's the melt-in-your-mouth, Maghrebi-style roast lamb that will really get you weak in the knees.

Dress Up at the Pretty Box: If you love thrifting, this is the first place you'll want to go. Other spots in the city are a little hit-and-miss, at best. Trawling through racks of ugly cast-offs is really not how you want to spend your time in Paris. So head to the Pretty Box, which does the work for you: their entire "collection" has been curated from other vintage and thrift shops around the city. Which means that you may come in for one or two things and up leaving with an original East/West jacket, a vintage 1920s flapper dress and maybe even something passed on by Jane Birkin.

Off The Beaten Path - Unusual Things to do in Paris

Mystery at the Pere Lachaise Cemetery: A regular cemetery might seem just plain morbid but there's nothing very gruesome about the Pere Lachaise Cemetery. In fact, the culture and atmosphere seem to celebrate life, even in death - which makes sense, given that so many would give their right arm to be buried between the likes of Jim Morrison and (apparently) Molière and Oscar Wilde. True lovers of Paris, to their last.

Wind Your Way Through the Petite Ceinture: Lining the perimeter of the city is an abandoned railway that was used between 1862 and 1934 before falling into disrepair. What makes this one of the unusual things to do in Paris is that there are sections of the railway line that have been graffitied over, essentially turning these once metro structures into incredible pieces of urban art.

Visit the House of Nicolas Flamel: Eternal fans of Harry Potter will remember the role Nicolas Flamel, a renowned "alchemist", played in the first instalment of J.K. Rowling's best seller. Resting at Rue 51 Montmorency, it's one of the oldest stone houses ever built in Paris. Whether he really did acquire his wealth because of the "discovery" of the Philosopher's Stone or not is still a debate, but the intricate and beautiful stonework and carvings leave nothing to the imagination.

The Art is Alive at 59 Rivoli: A curious little oddity, 59 Rivoli just screams "Eclectic Artist Squatters Welcome Here!" On the front of the building multiple hangings have been tacked on, and a large face. While it wasn't an official "artist's" institution, at its height in 2001, 59 Rivoli was still seeing up to 40,000 visitors: lovers of the counter-culture and avant-garde. Today, six stories of 59 Rivoli and its rotating and whimsical exhibits installations are free to view.

Not Suitable for Adults - Family Fun in Paris

A Trip to the Beehives: Just southwest of the majestic Jardin du Luxembourg is a large and local honey farm, which features lots of hives. It's the perfect learning opportunity to witness these hard worker bees busily buzzing away. It may not be very well-known but, for kids, it's one of the best things to do in Paris.

Disneyland Paris: Kids are always look for fun things to do in Paris but it can't get any more obvious than this: Disneyland Paris is sure to be as big a hit in Paris as it would be in America. During the summer, your favorite cast of characters expands to include classic Disney characters like Captain Hook and Elsa from Frozen, along with classics like Mickey Mouse. Ride the rides and stay all day!

Some Light Petting? Take your little ones to one of the best places in Paris for kids: Ile de la Cité flower and pet market on Sundays. They'll really have a blast vying for a fluffy stroke or two of the dwarf bunnies and squawking along with the parrots and canaries.

Witness France - "En Petit": One of the most creative of family activities is the France miniature. Just a five-minute train ride from Versailles is the perfect place for your mini-me's: a mini replica of France! Enjoy five hectares dedicated to the replica of France in its entirety, coupled with fun "archaeological digs" and telescopes so your little ones can view the details up close and personal. 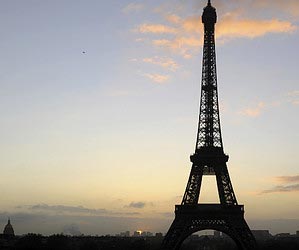 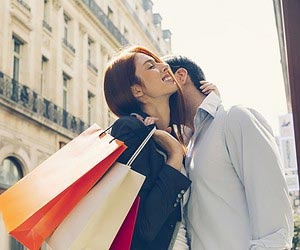 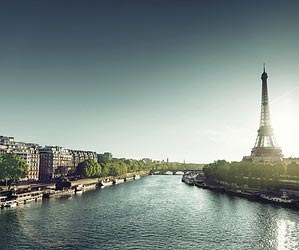 Skating on a wintry ice rink in Chicago

Christmas: a journey for you and your taste buds, too 1 day

Christmas meals around the world