It’s no surprise that Brits love a good drink and with the rise in hipster gin and craft beer establishments springing up around the UK, there’s more choice than ever when it comes to browsing the drinks menu. But what is the nation’s tipple of choice and how do they differ by city? We asked 2,079 Brits from across the country to select their favourite alcoholic beverage to reveal who is ordering what, where and how long they’re likely to be caught queuing for it

Coming out on top and receiving 17% of the overall vote was *drum roll* ‘Beer’. Yes. A pint of beer has been revealed as the drink that most Brits would choose above the rest, showing that irrespective of the ever-expanding drinks menu, Brits are happiest with a perfectly poured pint.
Surprisingly, the second most popular choice was ‘I do not drink alcohol’ as selected by 14% of the UK, as well as coming out as the top answer for almost one in five residents in Birmingham (19.8%), challenging the British drinking stereotype.
A recent Office of National Statistics report has revealed that a quarter of 16-24-year-olds claim to not drink alcohol, showing an increase in the number of tee-total Millennials. Falling in line with this research, the age group with the highest number of recipients that chose ‘I do not drink alcohol’ (15%) was 18-24-year olds, further proving that youth drinking culture is changing. Millennials are more likely to be caught spending their money on avocado on toast than a pint and a packet of crisps at their local.
Below, we have mapped out the most popular beverage choices across 15 major cities in the UK.

TOP OF THE HOPS

Results have revealed that beer is the top choice for 11 of the 15 major cities surveyed, with Belfast, Brighton, Edinburgh, Glasgow, Leeds, Liverpool, London, Manchester, Norwich and Plymouth all having selected the drink.
From Hackney to Hammersmith, London is awash with pubs aplenty, which could explain why 18.8% of the capital chose beer as their number one. Home to the Great British Beer Festival, London turns into a mecca for beer lovers everywhere once a year, with people travelling from far and wide to sample the best artisan beers around.
It’s no surprise that the favourite drink as voted by 16.5% of Manchester residents was beer, given its booming beer scene. Flying the flag for the current craft beer revolution, Manchester is the birthplace of contemporary beer joints and microbreweries that offer a mind-boggling abundance of brilliant brews.
With beer taking the majority vote across the UK, we have looked into which city has the largest percentage of beer fans.
Coming out on top with 23.5% of the vote was Sheffield, which was 5.89% above the average percentage of 17.61% across all cities surveyed. Following Sheffield, Brighton comes in second at 23.30% which is 5.59% above the average.
Check out the top 5 beer fans ranked by city in our table below:

THE BEST OF THE REST

Turning the attention to the four cities that bypassed beer – nearly one in five (19.5%) Northerners in Newcastle prefer sipping on a spirit with mixer. Coming in joint first as the spirit of choice are gin and vodka, both receiving 9.3% of the vote, which could be due the city being a huge hub for students.
Succumbing to stereotypes, cider was named the favourite alcoholic beverage for 18.2% of Bristolians; home of the fermented apple alcohol. Surprisingly, it wasn’t a traditional Scrumpy that topped the list of cider favourites, but instead ‘Fizzy Mixed Fruits’ came out top as voted by 11% of the cider drinkers.
Heading further west to Cardiff, the drink of choice was awarded to ‘Cocktails’ taking 17.9% of the vote. The city has a plethora of classy cocktail bars, promising to shake up a Saturday night on the tiles.

The British Beer and Pub Association reported a total of 48,350 pubs in the UK alone in 2017, giving the UK’s avid beer fans plenty of watering holes to choose from. But where are you least likely to be caught queueing for a pint?
We have ranked the 15 major UK cities to find out where has the least number of people per pub. Coming in at the top spot is Norwich with one pub for every 153 people, followed by Edinburgh and Liverpool with 479 and 495 people per pub respectively.
How long are you likely to be queued in your city? Check out our table below to reveal all.
Whether you’re looking for a night of Beers in Brighton or Cocktails in Cardiff, BOOK YOUR STAY WITH ACCOR HOTELS. 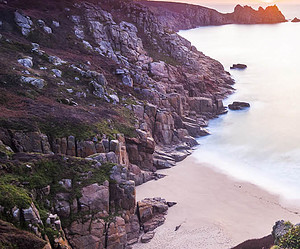 Beaches You'll Barely Believe are in the UK

Singapore as seen by Jeryl Tan

From Bellecombe to the Vercors Mountains, it's time to go snow crazy!

Discover the recipe that represents Mexico

Essential things to do on holiday in Marrakech 1 day

How to explore Marrakech?

Discover the recipe that represents Canada

Where to find fine arts in Brussels?