The beauty of Luzern, through the eyes of our teams. Ready to discover Luzern? Renée, Justine, Pascal and Steeve take you down the streets of a city that’s great to be in. Let yourself fall for the unique charm of Luzern.

#insiderTips 13 - Experience the city of Luzern -

What languages are spoken in Luzern?
Luzern is located in the German-speaking part of Switzerland, so the official language is Swiss German. But everyone here speaks English, making it very easy to speak with the local population.
A few typical expressions can also be heard in Luzern, including “Rüüdig”! Originally, the word means ‘mangy’, but nowadays people use it to say ‘a lot’.
Where is Luzern’s hidden treasure?
Museggmauer, the city’s old ramparts, on which nine of the 30 original towers still stand. Four of these towers can be toured between Good Friday and All Saint’s Day in November. One example is Zyt tower, which is home to the city’s oldest clock. Climb a narrow stairway to discover the splendid mechanism which opens the clock. What makes it special? It marks the hour one minute before the other public clocks do.
What is Luzern’s most emblematic building?
The team unanimously chose the famous Löwendenkmal lion statue. It commemorates the Swiss guards who died protecting Louis XVI during the capture of the Tuileries in Paris during the French Revolution. To see it, go to the small park in the center of town. You’ll be surprised by the incredible expressiveness of this work of art, made by Danish artist Bertel Thorvaldsen.
For the team, the statue’s location is truly unique, with its little pond and beautiful trees. When the tourist crowds thin, you can really feel the magic of the place and forget you’re in the middle of the city.
Has Luzern got any local celebrities?
The famous German composer Richard Wagner lived near Luzern, on the edge of Quatre-Cantons lake, for six years. It was here, in fact, that he composed his Die Meistersinger von Nürnberg opera. The villa where he lived has since been turned into a museum.
The best souvenir?
A cruise on Quatre-Cantons lake! Surrounded by mountains, it offers breathtaking views that are rich in history. The team also warmly recommends you stop at Sissikon to check out Tell Chapel, built in memory of the famous William.  Legend says that the hero jumped here from Bailli Gessler’s boat to escape. He is said to have later killed the mythical figure with a crossbow.
Right near the chapel, you can also visit Switzerland’s biggest chiming clock. It rings every hour and visitors can choose from a list of melodies they’d like to hear. Among them is the famous wedding march – an original idea for a proposal...
What should visitors tuck into in Luzern?
First head to the traditional Heini Luzern café. In operation since 1957, it’s also called ‘tart paradise’. Their specialties include Luzerner Regentröpfchen, praline chocolates in the shape of teardrops and stuffed with cherries. These sweets are a part of Switzerland’s culinary heritage.
Another must-try specialty of the city is Luzerner Chügelipastete. It’s a tough name to pronounce, but your hard work will be rewarded! This dome-shaped vol-au-vent, stuffed with veal ragout, mushrooms and raisins, is a real treat! They are usually eaten at the Saffron Guild festival on January 2, but you can enjoy them year-round at Luzern’s restaurants, including Taube.
A not-to-be-missed event in Luzern?
Like many other Swiss cities, Luzern organizes a carnival every year. Luzern’s, however, is the second biggest in the country, after Basel. The symbol of the Luzern carnival is no other than the Fritschi family. Father Fritschi, Mother Fritschene and their son, Fritschi.  This emblematic family is hailed every year by Luzern locals during the carnival’s opening parade. Most in attendance wear a costume and sing. It’s a joyful cacophony of color and sound that shouldn’t be missed.
What is the quirkiest aspect of the city?
The painted houses in the old town, definitely. On the right bank of the Reuss river, visitors are charmed by the many little squares lined with historic houses, decorated with colorful and picturesque frescoes. You feel like you’re walking through an open-air museum! It’s a perfect outing to get an immediate feel for this special city. 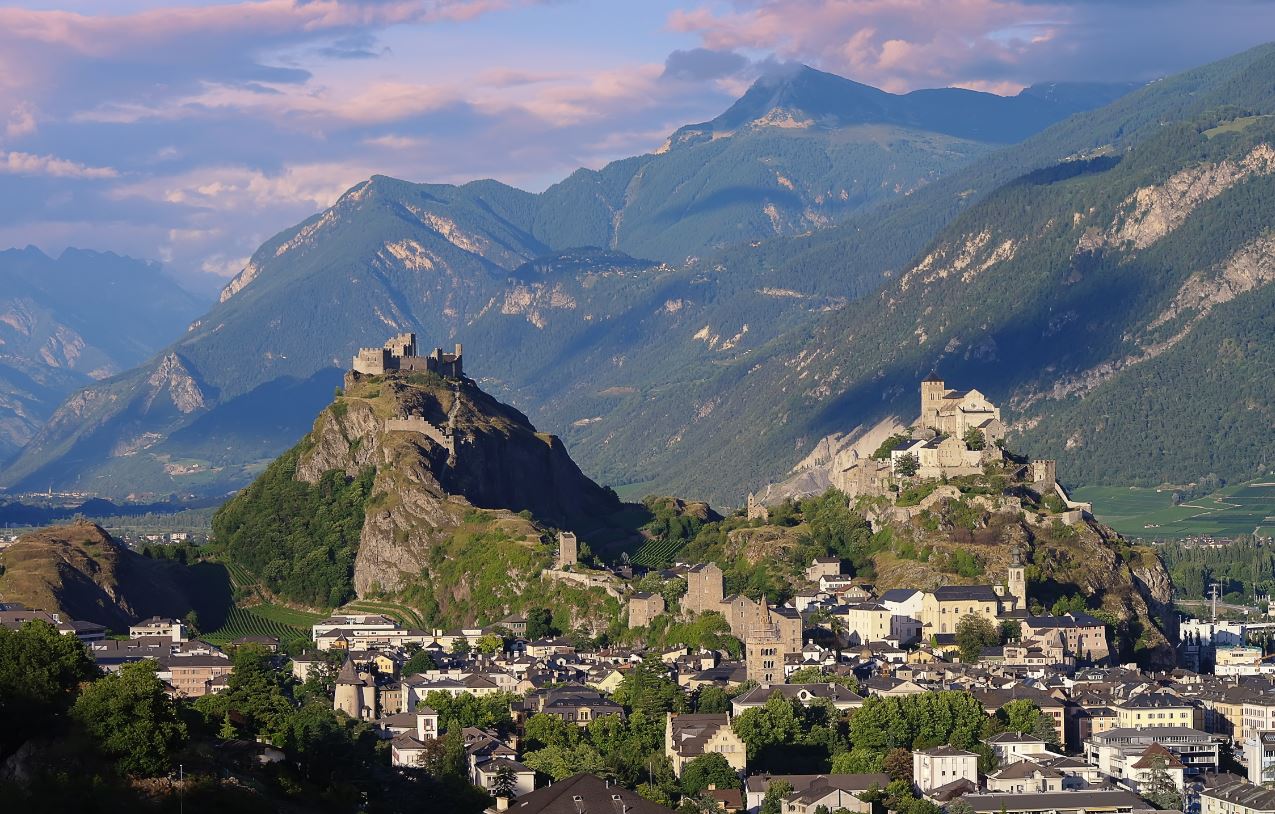 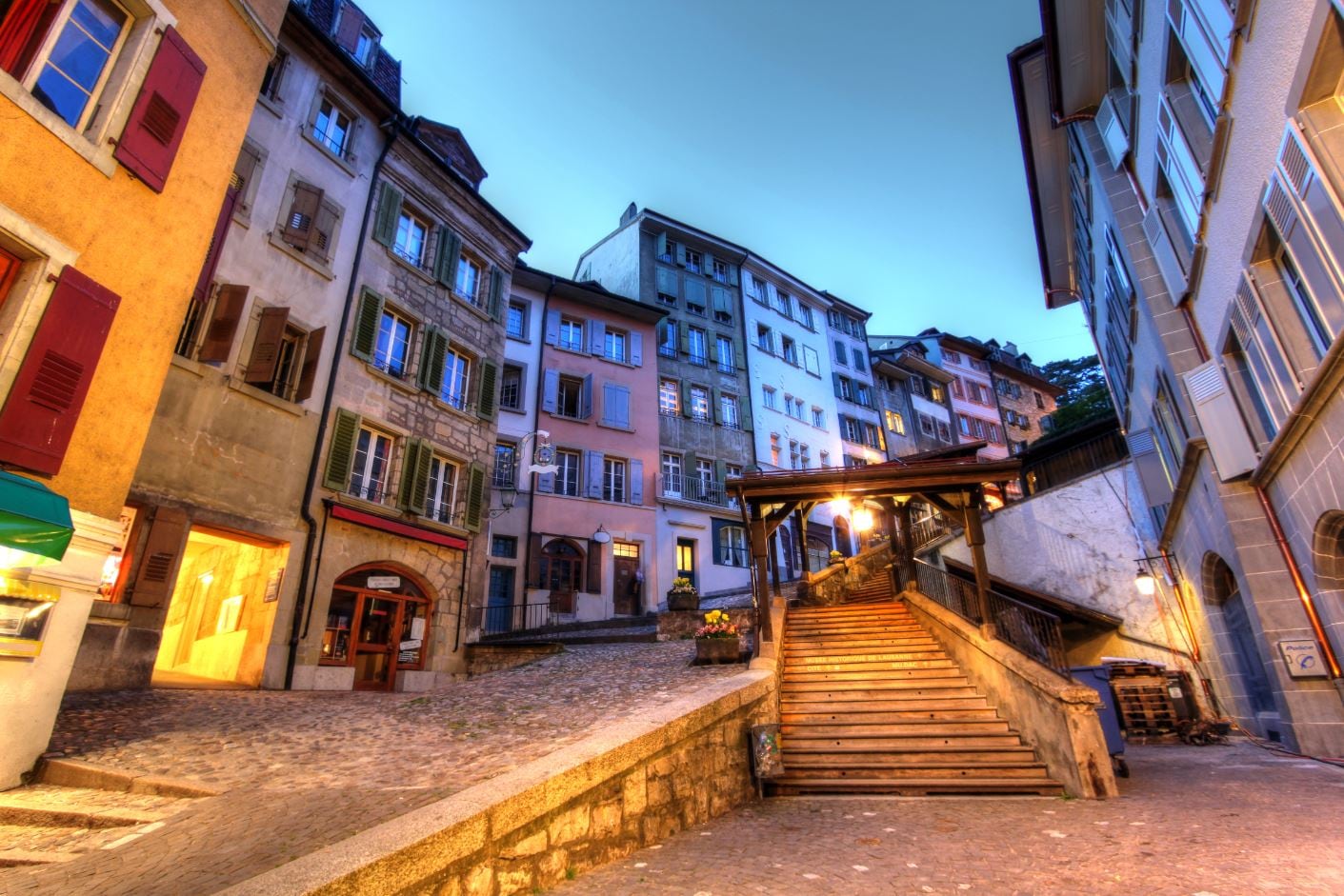 Top things to do in Lausanne

Our tips to know Zurich