Deciding where to begin taking in the sights, sounds and smells of India is a tricky thing considering the sheer size of the country. The best way to uncover the heart and soul of a place always comes down to spending time with locals to find out how they pass their time. Past the glimmering skyscrapers and car-jammed roads in the six largest state capitals lie cultures and customs that make each one unique. To peel back the layers of an ever-expanding city requires time so we’re jumping straight to the point to take you through the rich histories as told by its people instead of well-worn tourist attractions.

As India’s largest city, Mumbai (formerly known as Bombay) sits at the mouth of Ulhas River in the state of Maharashtra and is home to an estimated 18 million people. Remnants of its past as British and Portuguese colonies take the form of Gothic-Revival styled grand buildings and existing infrastructure. One of which is the Mumbai Suburban Railway: a rail system that connects the capital to the suburbs known as Mumbai Metropolitan Region (MMR). The oldest train system in Asia is a large part of Indian history and heritage being the first mode of transport connecting cities and hard-to-reach towns. Used by more than 7.5 million people daily, its passengers include tiffin boxes packed with home-cooked food or dabbas as they make their way to a dabbawalla (food delivery man) at the next stop. It gets so crowded during peak hours that some people take a ride on the roof of the train as it travels up to speeds of 50km to 100km per hour.
Get a ticket and hop on at any of the two terminals at Churchgate or Chhatrapati Shivaji Terminus for opportunities to meet Mumbai’s workforce as they commute. At the same time, you’ll get to experience the charm and chaos of old world transportation in your choice of second class, first class or ladies first class cabins.

Known as the cultural capital of South Karnataka, Mysore or Mysuru’s craftsmen flourish on its local production of sandalwood and silk. Just as Scotland is famous for its whisky, Mysore is renowned for the quality of its sandal soap, sandalwood oil and silk sarees.
The city got its first taste of silk in the 18th century under the reign of Tipu Sultan, who brought over silkworms from China. Since then, the booming industry in Karnataka churns out 70% of India’s total production of mulberry silk. How to make sure you’re buying the real thing? Authentic Mysore silk should have a tag stating the piece’s entire history, including the wages of its weaver.
Also commonplace in shops around the capital are sandalwood products such as soaps and incense made by Karnataka Soaps and Detergents Ltd (KSDL). Stamped with the company’s recognisable sharabha (a mythical creature with a lion’s body and elephant’s head) logo, KSDL products are the best way to bring home a slice of Mysore.

Cricket, the most popular sport in India, is a big deal everywhere in the country but the height of cricket fever is best understood in the second oldest international cricket stadium – Feroz Shah Kotla. Built in 1883, the ol’ stadium in Bahadur Shah Zafar Marg in Delhi has seen world-class teams from Afghanistan, England and New Zealand play on its grounds. Now, it is home to the Delhi Daredevils of the Indian Premier League, which runs in April and May annually.
Being a professional cricketer is an enviable job, with many players enjoying celebrity status. While the capital’s official authority is the Delhi & District Cricket Association, the sport is also taught by various academies such as the National School of Cricket and Sehwag Cricket Academy. As with all kinds of sports, the younger one starts training, the better one gets at it; most courses cater to children and youths. Otherwise, cheering on a game of Twenty-20 (a shorter version of a typical game of cricket) from the stands is an equally good way to immerse yourself in the sport.

Gleaming with the hope of successful tech entrepreneurship, Bangalore or Bengaluru earns its nickname as the Silicon Valley of India. But under a slew of research and development centres and institutions is a thriving odd pairing of underground rock music scene and classical arts.
An advantage of Bangalore being Karnataka’s capital is that the different art forms found within the state convene in music, theatre and dance. For example, the intriguing Yakshagana – an indigenous folk theatre practice that comprises actors in ornamental headgear method acting to Indian literature and poetry – hails from a coastal region. Whereas the drum dance of Dollu Kunitha, in which performers move in a semicircle in a fast rhythm as dictated by the leader holding a cymbal, comes from North Karnataka.
The Rama Navami Festival in April to May and Dussehra Festival in September to October are when Bangalore gears up for a city-wide celebration, making these the best times to catch a performance or two.

Located on the banks of Musi River in the Telangana state, Hyderabad is a city populated with relics, sculptures and buildings; reminders of its colourful history. First established by Muhammed Quli Qutb Shah in the 1590s, it remained under the Qutb Shahi Dynasty for centuries before coming under the Mughal Empire, where strong influences of Persian identity were introduced.
As a result, the cityscape is made up of a combination of Indo-Islamic, Baroque and Neoclassical styled architecture. Leisurely heritage walks organised by Hyderabad Trails or Telangana Tourism lead you through the city centre to visit historical buildings like the Charminar, Mecca Masjid and Chowmahalla Palace. In June and July during Ramadan (a month of fasting for Muslims), the streets between Charminar come alive with night bazaars. It’s then that Sham-e-Iftar walks, starting from 7pm, come in handy for navigating the organised chaos of a hundred of street hawkers peddling their food offerings.

Rarely are independent artistic institutions so revered and honoured as the Kalakshetra Foundation in Chennai, the capital of Tamil Nadu. Founded by Rukmini Devi Arundale in 1936, the academy trains students on the technicalities of the classical Indian dance form called Bharatanatyam.
Devi’s reiteration of the traditional dance gained popularity as a puritan art form and her academy allowed her to fine tune other aspects of this native Tamil Nadu art. Elements of Bharatanatyam make up the foundation’s curriculum including Carnatic music, which involves compositions meant to be sung or played in a singing style. You can get a feel of the complex art form by attending monthly concerts or talks at Kalakshetra Foundation.

our hotels in India 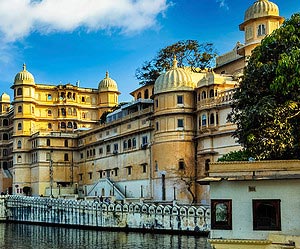 Fun things to do in London you might not know about… Didyou know?

Unusual Things to do in London

A tip to help you text like a local in Brazil Didyou know?

Brazilians and the famous kkkk