New Zealand typically conjures up images of lush green hills, snow-capped peaks, rugged coastlines and delicious wines - but what about its music? Perhaps lesser-known on the international stage is its thriving local music scene, headed by the likes of breakout stars Lorde, Broods and Fat Freddy’s Drop, plus a bevy of locally loved acts, Six60, Katchafire, The Black Seeds and Shapeshifter. These artists come together over summer to headline for some of the biggest annual festivals, concerts and winery tours in the country.

What: This three-day music festival boasts seven packed out stages featuring local and international artists surrounded by vineyards. This year’s line-up promises the likes of Juice WRLD, Flight Facilities, Tchami x Malaa, Smokepurpp, Vince Staples and plenty more. What’s more, as the festival takes place on the East Coast of NZ, you’ll be one of the first in the world to welcome the first sunrise of 2019!

Where: Waiohika Estate Vineyard - 20 minutes drive outside Gisborne. This isolated, compact, easy to navigate city is perched on the most easterly edge of the country and is surrounded by world-class surf beaches, quality vineyards, citrus groves, magnificent trees and wild rivers that meander towards empty beaches.

Stay: While we don’t have any Accor in Gisborne most festival goers prefer to take advantage of the onsite camping; your closest port of call is Auckland. We recommend you spend a comfy night at the Novotel Auckland Airport or ibis Budget Auckland Airport before making the trip to Gisborne.

What: If big mountains, beautiful lakes and bountiful tunes are your thing - don’t miss this unique music festival, at one of the most stunning locations ever! This short and sweet two-day camping festival held in the South Island is an absolute must for music and nature buffs. Featuring Action Bronson, Matt Corby, The Black Seeds, The Cat Empire, Vince Staples, Wilkinson, and lots more high intensity acts.

Where: Cardrona Valley, near Wanaka. Cardrona is renowned for its lake, mountains and ski fields. It’s also nearby to Central Otago wine region, famous for its pinot noir. Queenstown is just a short drive away and is an adventure playground, with jet boating, bungee jumping, trekking and more on offer for the adventurous.

What: Wondergarden plays home to any and all Aucklanders not wanting to venture out of the big little city for New Year's Eve. This one-day festival is for people of all ages, as well as music lovers from all walks of life. Featuring talents curated from international acts, as well as New Zealand’s most exciting musical artists - Nightmares on Wax (DJ Set), DāM-FunK, Ladi6, Katchafire, Cut Off Your Hands, and much more.
Where: Silo Park (Wynyard Quarter) Auckland; Wynyard Quarter is to the West of Viaduct Harbour and North of Victoria Park - home to a plethora of delectable eats. You’ll find Silo Park on the corner of Jellicoe and Beaumont Street.
When: 31 December 2018
Tickets & Info: www.wondergarden.co.nz
Stay: Sofitel Auckland Viaduct Harbour (5min walk from the venue), The Sebel Auckland Viaduct Harbour, The Sebel Quay West Auckland, Grand Mercure Auckland, ibis Budget Auckland Central, Pullman Auckland.
View our Auckland Hotels

What: One of New Zealand’s most beloved music festivals is set to kick 2019 off in style. Previous artists have included The War on Drugs, The Internet, HAIM, and Tame Impala. The next round promises everything from pioneering artists at the top of their game to acts that are tipping to break through next year, such as Masego, Billie Eilish, Jorja Smith, and returning favourite Florence + the Machine.
Where: Albert Park Precinct, Auckland; an elevated location in the heart of the city. Having shifted from its previous home in Silo Park, Albert Park offers plenty of shade, green grass and an exciting mix of urban and outdoor activities, not to mention world-class dining and shopping.
When: 28 January 2019
Tickets & Info: www.auckland.lanewayfestival.com
Stay: Pullman Auckland (5min walk from the venue), Sofitel Auckland Viaduct Harbour, The Sebel Auckland Viaduct Harbour, The Sebel Quay West Auckland, Mercure Auckland, ibis Budget Auckland Central.
View our Auckland Hotels

What: Splore is a boutique arts and music festival like no other - full of creativity and love. Featuring everything from music and performing arts, workshops, installations, and kids zones. Set on the shores of the Tapapakanga area, located just 50 km south-west of Auckland. This year features artists like Rudimental, Hollie Smith and Dub Pistols.
Where: Tapapakanga Regional Park. Country meets coast at gorgeous Tapapakanga, with a dash of Māori and European history. Tapapakanga is a working coastal farm as well as a regional park – one minute you could be walking past farm animals and the next you’ll see rare coastal wildlife. This is a great spot to come, check out and chill out.
When: 21 - 24 February 2019
Tickets & Info: www.splore.net
Stay: We have 10 hotels ranging from budget to luxury in Auckland, that can provide you with a bit of comfort before you make the hour-long drive to the festival site and commence your camping.
View our Auckland Hotels

What: The World of Music, Arts and Dance (WOMAD) brings together a melting pot of styles and artists from across the globe. This year featuring local talent Congress of Animals, and Teeks - playing alongside artists from all across the globe, including collective of virtuoso musicians Silkroad Ensemble, Beninese singer-songwriter Angelique Kidjo, Amsterdam-based trio My Baby and plenty more.
Where: TSB Bowl of Brooklands and Brooklands Park, New Plymouth. The city of New Plymouth is known for its sunny climate, art galleries and beautiful parks. The conical shape of Mount Taranaki provides a dramatic backdrop to the city. You may also like to stroll along the New Plymouth Coastal Walkway, a 10km promenade with stunning views.
When: March 15 – 17 2019
Tickets & Info: www.womad.co.nz
Stay: Novotel New Plymouth Hobson
View our New Plymouth Hotel

What: One of New Zealand's longest-running and most popular music festivals, with five stages and 42 acts rocking out, this is the ultimate festival to check out (as it's name suggests) local Kiwi music. This year festival-goers can look forward to a full line-up, featuring Shapeshifter, Sons Of Zion, Broods, Stan Walker, Katchafire, Home Brew, Devilskin, Dave Dobbyn, Elemeno-P and much more - so you’ll be able to sign off summer with a massive festival bang!
Where: Wellington Harbour. Wellington, the capital of New Zealand, sits near the North Island’s southernmost point on the Cook Strait. A compact city, it encompasses a waterfront promenade, sandy beaches, a working harbour and colourful timber houses on surrounding hills. It’s a great base from which to explore many wonderful outdoor attractions on offer within the surrounding area.
When: 24 March 2019
Tickets & Info: www.homegrown.net.nz
Stay: Sofitel Wellington, Novotel Wellington, Mercure Wellington, ibis Wellington, Grand Mercure Wellington Central City Apartments, Mercure Wellington Abel Tasman.
View our Wellington Hotels
Photo credits: Paul Hoelen Photography, Dane Scott Creative, Daniel Chew and Andy Jackson. 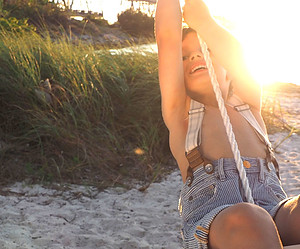