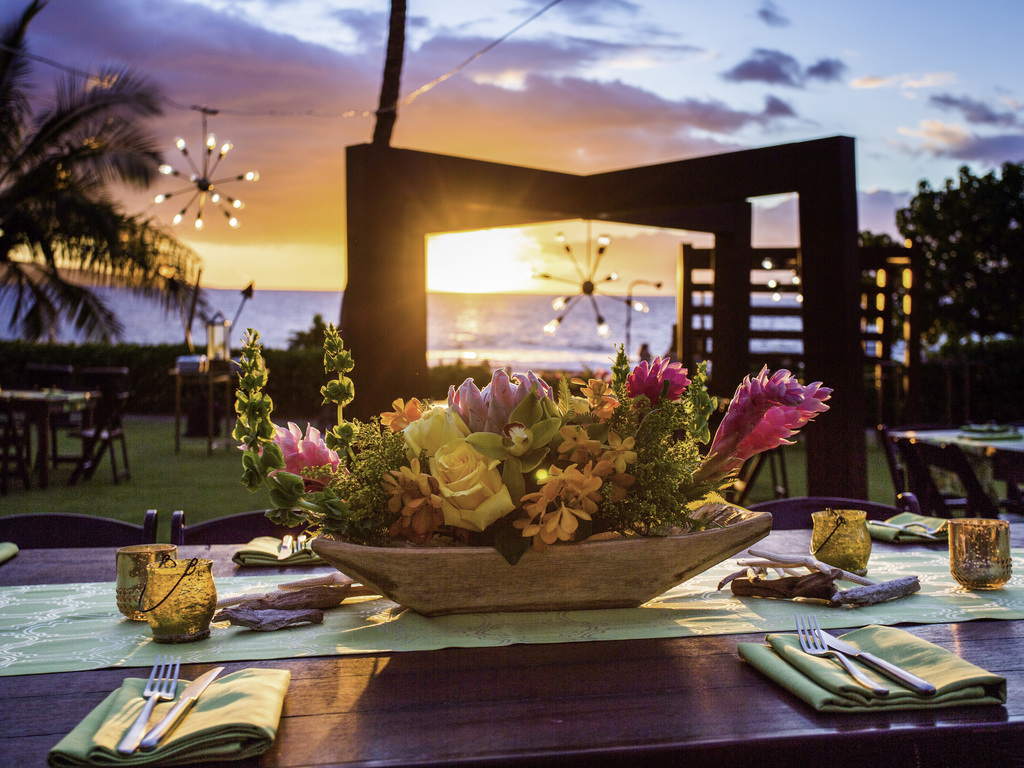 Beautiful resort. I was disappointed when we checked out to find there was an additional $200+/daily added to our daily room rate! The resort is expensive enough, and I was not told this would be added when I booked our room. I mostly likely would have looked for a less expensive place. We did enjoy the golf courses as well as Nick's restaurant. The restaurants were ridiculously expensive - breakfast buffet for $59! and no other options for breakfast. We were on the go most days so didn't spend enough time in the resort for the cost. Lesson learned for future travel!

The facilities and service was excellent

We vacationed at the Fairmont Kea Lani with our adult children in a 3-bedroom villa. The staff was excellent, from the bell boys to housecleaning. The construction noice was a bit of a nuisance, but the resort tried to make up for it with other accomodations.

Underwhelmed and felt nickeled and dimed.

The noise of the ongoing construction was louder than anticipated and the reserved suite was smaller than what we would have liked for a couple and one child. Spa was temporarily relocated to some underground rooms on one side of the facility. No usual amenities such as a sauna. No adjustment to rates. Informed them of qualified 10% discount and it was acknowledged but found out later it wasn't taken off. Mostly "cabanas" were placed surrounding the kids' slide area which required additional fees. Understand desire to generate more revenue but it would have been more appropriate to disperse them among the regular umbrellas which did not require a fee. Costly to rent paddle boards at the resort. The bar behind the reception area was nice. Staff were mostly friendly. Overall felt nickeled and dimed compared to many other resorts we've had the opportunity to travel.

Outstanding accommodations and service! Would definitely return! Clean, friendly and overall amazing! Well situated on Maui. Concierge service was outstanding - they did not direct us wrong. Each experience was better than the next!

Aloha shelleys1967! I'm thrilled to hear that our Concierge team truly made a lasting impression during your recent vacation. Their warm and friendly demeanor coupled with their knowledge of the island ensure for great recommendations! It will be a pleasure sharing your praise with the team today. I look forward to welcoming you back in the future for another relaxing Maui vacation. Warm aloha, April Kala, Director of Front Office

Nice property, but didn't get a 5 star experience

I booked the Fairmont as a splurge trip as part of my proposal to my now fiance. The property is high quality and the staff members are all very nice, but I felt like at every turn things were handled with a tiny bit of incompetence or weren't up to our expectations. Here are a couple specific examples: 1. When I booked a spa treatment, I was told that if I upgraded from a 60 min massage to a 90 min massage I would get a cabana for the day. This is a $200 upgrade (more including tip). The cabanas that they provide are just giant tents over pool chairs (aka basically glorified umbrellas). At the Westin in Lahaina the cabanas are sofas + day beds, table, TV, and a mini fridge. It's a significantly upgraded experience over a pool chair. At the very least I thought I was booking a day bed. Then when we went to check in for the cabana, they took me over to a pool where there was a ton of construction and jackhammering happening in the rooms nearby. I was told about the construction so that didn't phase me, but it was awkward to be offered a cabana in such a noisy area and have to request to move it. Naturally the pool was totally empty because no one else wanted to be in the area of the hotel either. They were very accommodating, but if that area of the hotel is so loud, I would advise setting up guests there. 2. I mentioned to the staff that it was our engagement trip and I booked a deluxe ocean view room. I was given a room on the 2nd floor, even after checking in at 6am to try to ensure that we might get the nicest available room in our tier. Other reviews online mention requesting a floor on the 3rd floor or above, as the 2nd floor rooms are partially blocked by the trees. When I came back later in the day, it turned out that I wasn't checked in properly and they had to take my card a second time for incidentals. 3. I had told the front desk in person when I checked in that the hotel stay was a surprise for my girlfriend, and asked that they give her access to the pool before check-in (as is inline with their policy) just without mentioning the reservation (I told her I booked her a day pass). When she arrived, they told her they didn't see our reservation, and I had to come over to the hotel and talk to them to fix it. Eventually they were able to make it work, but I had specifically come by earlier in the day to talk to them to ensure that this wouldn't happen. This could have ruined the surprise I had planned for her. 4. We had booked a group dinner at the hotel restaurant Ko for our engagement party, and had coordinated with the concierge and hotel staff to have appetizers ready for us as soon as the party arrived at 7pm. We arrived promptly at 7pm as we had promised, and appetizers weren't on the table for another 20-30 minutes. It then took them another 10-15 minutes or so to come get our drink orders. When we discussed it with them, they had a whole print out of the various requests that we had made, just for some reason they didn't act on any of them. Even getting in touch with the food and beverage coordinator took multiple phone calls on multiple days, while also leaving phone messages and getting told to contact various different departments of the hotel (none of whom ever picked up the phone). Eventually I had to email them. Again, very nice over email, but frustrating to get in contact with. Having all the requests in hand/in the system, but just doing nothing about it seemed to be consistent with the experience of hotel. Being very attentive and nice in taking the request, and then just not seeing it fulfilled properly. I would rather that they communicate that things aren't possible rather than taking the request happily and then doing nothing. Overall I would say it's a beautiful property, but I just didn't think the service was commensurate with the price (~$1k/night).