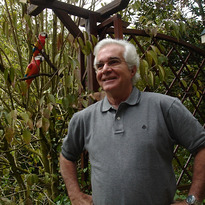 It is quite strange the no hand-towel policy adopted by this hotel. Typical Ibis room, not very spacious with a small bathroom. Location is OK, even though quite far from the São Luis historical center.

Satisfaction for sleeping and room cleaned. Staff of service is very good. I recomend this hotel for my friends. I indend to return, because I stayed just one day in hotel. The bad can be better. I liked.

Dear tatianasantosm, We very much appreciate your comments regarding your stay at the ibis Sao Luis. It is always a pleasure to receive positive feedback. I will share your comments with our team. I am sure that this feedback will serve as an encouragement to all of our staff as we strive to continuously improve the quality of our services. Thank you again for sharing your experience, and we hope your next visit will be as pleasant as the previous one. Sincerely, Fabio Reis Neto General Manager I've stayed at 13 different Ibis in Brazil (17 if you include Ibis Styles). I would say that this Ibis is above average and overall the stay was very positive. What I liked: good air-conditioning, reliable internet, sound-proof windows, fantastic staff, basic but comfortable rooms, the room contained a small fridge, and the hotel is still using older bedding which is much higher quality than what Accor Brazil have been recently introducing across their brands. What I didn't like: no water available other than bottled water (several Ibis are providing water in their lobbies which is convenient and practical). WIFI cut off immediately upon check out which was annoying given I was organising transport from the hotel. The online check-in experience was atrocious - and this has been my experience across most of the 30+ Brazilian Accor hotels I’ve stayed at. I checked in online prior to arrival yet paperwork, key, and Le Club loyalty welcome drink voucher were not ready on arrival. There was also a problem with the Le Club loyalty points being credited incorrectly (a problem that is far too common). This resulted in a bonus point offer failing to trigger and I’m still chasing this up with Le Club 2 months later. I also had a problem with the invoicing. I stayed for 5 nights in total. Two of the nights were booked under my partner’s name and three of the nights were booked under my name. We were provided separate invoices for the different bookings but these were both invoiced under my partner’s name. My three nights were booked under my name, and paid for with my credit card and therefore I asked for the invoice to be in my name. The clerk refused and said the invoice had been finalised and couldn’t be changed. I don’t know how the law works in Brazil, but in many countries it would be illegal to refuse to provide a correct invoice. The invoice wasn’t a big deal, but I find these administrative mistakes and limitations frustrating, unprofessional and far too common. Incidentally, the hotel has a tour agent stationed in the lobby. The tour company is called In Novar Turismo. Spontaneously we booked on an overnight tour of Lençóis Maranhenses which ended up being a very positive experience. Overall the Ibis Sao Luis is recommended.

Dear Alexinmelbourne, Thank you for taking the time to tell us about your experience at the ibis Sao Luis. I am sorry that your experience did not meet your expectations; please allow me to express my sincerest apologies. At Ibis, we strive to provide a superior service experience for every customer; therefore your feedback is very important to us. Please rest assured that we are taking the appropriate measures to address the problem and prevent future occurrence. We appreciate your sharing your concerns, and it is our hope that you will give us the opportunity to better serve you in the near future. Sincerely, Fabio Reis Neto General Manager

All right but not received the invoice to date, I need to present the vouchers to the financial company reimburse me. This is common in all Ibis network. Thanks for the research, but this is the fifth time fill and nothing happens. Surely this will be my last complaint !!!

Dear rizzojf, Thank you for taking the time to tell us about your experience at the ibis Sao Luis. I am sorry that your experience did not meet your expectations; please allow me to express my sincerest apologies. Please, email your profile information to h7200-gm@accor.com.br and then we can provide your invoice. Tell us about the reservation date. Best wishes, Fabio Neto General Manager