Value for your money 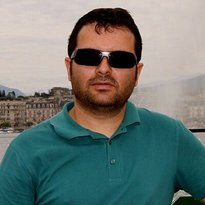 It was a bussines trip to Paris Expo, it has good distance for morning and evening walking :) I have breakfast included, it is enough. Room was clean and kept clean for 7 days. Reception and crew was helpful.

Dear, Thank you for sharing your experience, and we hope your next visit will be as pleasant as the previous one. Best regards, Stephane yvard, manager

+ Room is simple and small, but clean + Very friendly staff at the reception + Very attentive staff in the breakfast room continuously refilling food and drinks + Gluten-free breakfast available - Very warm inside room at night (end of September), air-conditioning is noisy and won't help much, and also the bed builds up much heat so that sleeping was rather difficult - If your room is on the side of the street, it might be noisy already early in the morning

Dear Derre123, The team was particularly touched by your satisfaction. Your listening and your comments and allows us to offer you services tailored to your business trips and leisure. We look forward to welcoming you soon. sincerely, Stéphane YVARD, manager

perfect in every way. rooms, location, staff, ambience. just one point, a sign on the door saying do not disturb means do not disturb, yet the housekeeping staff would just walk in every morning ignoring the sign

Dear Ben Montana, It is always a pleasure to receive positive feedback. I will share your comments with our team. Our mission is to provide quality services to our customers and I inform you that your comment have also been forwarded to the department concerned to implement corrective actions. Looking forward to welcoming you soon. Stéphane YVARD, Director

The hotel staff were very helpful and friendly, the location is great only minutes on the metro to Montparnasse. The new beds are very comfortable. My only fault is the rooms are too hot and the doona is too thick and heavy. It would be great if there was a polar fleece blanket alternative.

Dear guest, We very much appreciate your comments regarding your stay at the ibis Paris Porte De Vanves Parc Des Expositions. It is always a pleasure to receive positive feedback. I will share your comments with our team. I am sure that this feedback will serve as an encouragement to all of our staff as we strive to continuously improve the quality of our services. Thank you again for sharing your experience, and we hope your next visit will be as pleasant as the previous one. Sincerely, Stéphane YVARD, manager.

Ibis at Vanves - a great location

Everything you'd expect from an Ibis hotel - clean, straightforward, comfortable beds and amazing value for Paris. This hotel has a great location, just outside the Peripherique, less than five minutes' walk to the Metro.

Dear, We very much appreciate your comments regarding your stay at the Ibis Paris Porte De Vanves Parc Des Expositions. It is always a pleasure to receive positive feedback. I will share your comments with our team. I am sure that this feedback will serve as an encouragement to all of our staff as we strive to continuously improve the quality of our services. Thank you again for sharing your experience, and we hope your next visit will be as pleasant as the previous one. Sincerely, Stéphane YVARD, Manager

Stayed here three nights on a business trip; although the location was quite far from CDG airport, the hotel was very easily accessible by public transport (served by the close -by Malakoff Plateau de Vanves Metro station) and was very convenient for the Parc des Expositions at Porte de Versailles. The hotel was clean and quiet with a great buffet breakfast. Although the local area was quite quiet and didn't have much going on (it was dead on a Saturday evening!), this was a much more pleasant, safe-feeling area on the outskirts of the city than other similar non-central areas of Paris (including Porte D'Orleans) in which I've stayed in the past. If you are familiar with the Metro system, it's no time at all to Montparnasse on the Metro where you can change for many major lines, and also direct to Invalides which will take you right into the thick of the tourist sights.

On arrival I greeted the manager with a smile and a nod, he looked away from me and carried on with no acknowledgement.I tried my luck with the receptionist, she didnt smile and instead of a cheerful hello all she said was, I `m listening`. now does that mean i should be quite or its an order to say something to her? either way its very rude. i tried to break the ice by saying `I m glad I ve arrived I have just driven 400 klm` her reply was `that wont get you your room` I gave up trying to get a human welcome and offered my reservation number. I was asked to pay in advance for parking as she had no guarantee I would pay on check out. I asked for discount either on parking or breakfast this was dismissed . the hotel lift was lined in cardboard with no explanation as if they didnt want it to get dirty. outside there is an ongoing building site and is very noisy and impossible to park. on the 7th floor my window had a black double cable hanging infront of it( later i found a satellite dish on the hotel feed a signal to a house opposite the hotel, probably the managers or at least a friend of his home. on check out the receptionist still wouldnt smile , even when I had told her my TV didnt work at all, she showed no emotion, I was happy to leave except there was a van parked in front of the garage exit and the hotel did nothing about it, it was up to myself as a customer to ask the polish driver to move and the situation became almost dangerous to myself as the driver was not too keen to move. he promptly put his van back in front of the garage blocking the entry and exit. I wish that I had gone to a formula one for better service. 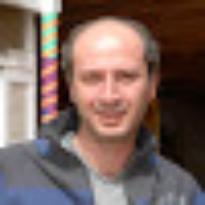 The hotel was very clean and staff very helpful. I liked very much my stay there as cleanness and quietness were the things I was looking for most. It is also close to a metro station and this is also important when you dont have a private mean of transportation 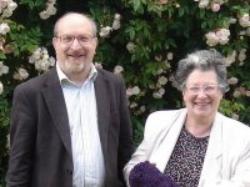 I have stayed at this hotel many times and the reason is that it is well situated, the rooms are comfortable, breakfast is good, and above all the staff couldn't be more helpful. We choose rooms at the back, so there is never any noise. The beds are large, but please Accor supply tea making facilities, that would make the room just that bit better. I would like a safe in the room as well.

We booked one twin and one triple. Ended up with two double that have a pull down mini bed along the wall. No walking room once the bed was pulled down and wardrobe in the corner with no access! Not good accommodation in the least. The lady who checked us in forced herself to smile once. The cleaning lady was speaking so loudly on her phone outside of our room it was impossible to have a conversation in the room! The only saving grace were the afternoon/evening and night staff who were very pleasant. Karim especially was very helpful and managed to 'save' our stay.

Ibis as expected in a convenient location

I stayed there for one night when on business in Paris. I've styed in this hotel before so I knew to request a room facing yard on one of the higher floors as they are generally quiet as compared to the street facing rooms - as I do wherever else I stay in Paris. The location is a good trade off - it is less 20 minutes by #13 train from Champs Elysees, and you can even get a seat in the train if you leave around 7:30am. The location is mostly residential, there are a few places to eat - around the hotel though I have not tried them. The staff in the hotel is welcoming and accomodating. The bathroom in the room where I stayed would definitely benefit from a facelift. The bed was very confortable. The price for these rooms fluctuates so sometimes it may be more cost effective to find an alternate place more convenient to your destination.