Around 330 yds (300 m) from the sea, the ibis Quiberon Thalassa hotel is also close to the city center and casino. It is 12.4 miles (20 km) from Carnac and close to the Côte Sauvage, Belle-Ile, Houat, Hoëdic and the Gulf of Morbihan. The hotel is close to a thalassotherapy center and is the ideal place for weekend getaways and vacations. It boasts 95 rooms with WIFI access, a restaurant, 2 conference rooms, a bar serving snacks, an indoor pool swimming pool, hammam, sauna, solarium and garden.

Linger over your meal as your stay unfolds and discover a world of taste sensations on the menu at ibis restaurants...

Exceptionnal swimming pool which is unusual in France. generally good service everywhere, recepption very helpful, restaurant ok but sometimes cutlery not always very clean and we are not given any restaurant bill to check what we have eaten whilst the hotel bill prices at the end are quite difficult to understand as far as food and drinks are concerned. 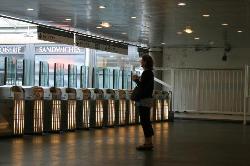 We originally booked a family room for three nights and let the hotel know that we had a wheelchair user in our group. The manager made contact to let us know that the family room wasn't suitable, as it was on the first floor and there was no lift. He suggested we book a wheelchair accessible room and an adjoining room, which would cost €40 more. Maybe the details were lost in translation, but the rooms cost over €50 more, per night, and they weren't adjoining, they were next door to each other. The wheelchair accessible room was very small, the bed was right next to the door. My daughter's wheelchair actually blocked the door when she was in bed. I stayed in the room with her. The sliding door to the bathroom was impossible for my daughter to close. Our room was next to the entrance to the swimming pool, on the third night the noise from the filter system woke me up. I complained about the noise, but was told nothing could be done about it. The receptionist asked if I wanted to change rooms, but I didn't want to disturb my daughter. A sleepless night followed. We ate dinner in the hotel restaurant on the second night of our stay. Roast chicken was the main course. It was very disappointing, chicken breast on the bone, a tomato cut in half and watery boiled potatoes. I asked for a small portion for my daughter, she received an adult portion. It was one of the most uninspired restaurant meals I have ever eaten. With dessert and wine, our meal for three came to €96. When we checked out I reiterated my complaint about the noise. The receptionist apologised that there were no other wheelchair rooms available, even though I had been offered one the night before. She said the rooms and breakfasts had been paid in full, and I owed for the dinner. At this stage I presumed that the extra €40 was being deducted. I paid for the meal, got my receipt and we left. When I checked my bank balance later an extra payment of over €150 was taken. No mention of this was made at checkout, why say my bill was paid in full when it wasn't? We felt robbed, to put it mildly. This hotel is in a great location, the rooms are clean but very small and outdated, they are not worth the nightly rates. The wheelchair accessible room is not fit for purpose, in my opinion. The food at breakfast was good, but dinner was overpriced, mundane and indifferent. A very disappointing stay.

Hotel staff very pleasant and efficient. We were a bit disappointed by the disabled room- I had emailed to make sure it was a big bed, but it was a standard double bed, pushed up against the wall with reading light only on one side so felt it was a one person space. The person nearest the wall would have had to climb over the other person to go to loo in middle of night! We turned the bed round so we could access each side, which meant no-one cold read in bed as light was on side wall. There was one chair and a small seat with a cushion. I have used disabled rooms in both Honfleur and Paris which have had normal bedding arrangements and huge wetrooms, so was expecting the same .. Bathroom was a good size, only problem was the shower part did not drain away so whole floor was wet. I noticed that this has been highlighted in previous comments from over a year ago. Restaurant on the evening was good BUT the snacks served mid afternoon via the bar were microwaved and awful.- a hot dog in a whole grain baguette that was rock hard and scalding mouth hot and a London muffin served in a cardboard sleeve I have had the same snack in the Honfleur Ibis which was served on a plate with a side salad so why the difference? The swimming pool was smallish but easy to access. Breakfast was good and plentiful. 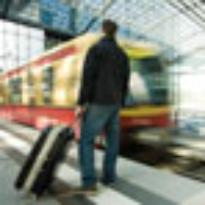 Hotel in a good position, 200m from the beach and 20 minutes walking from the city centre with bigger rooms than other Ibis hotel. Bike rental available. Swimming pool and Thalassotherapy in the hotel. 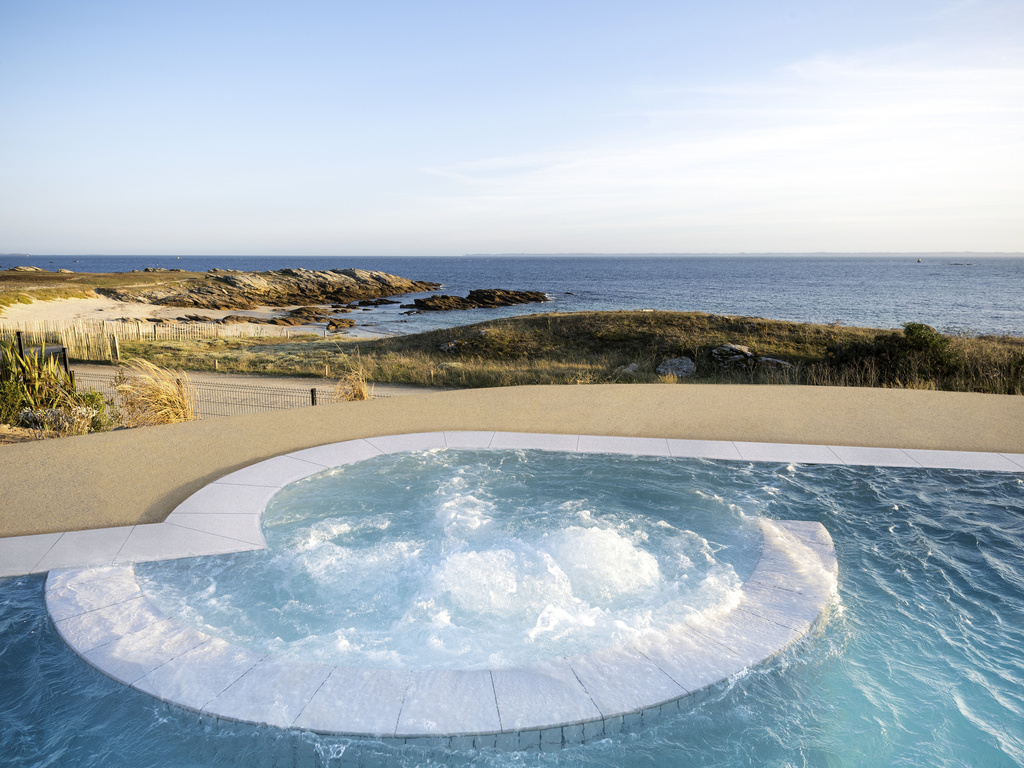 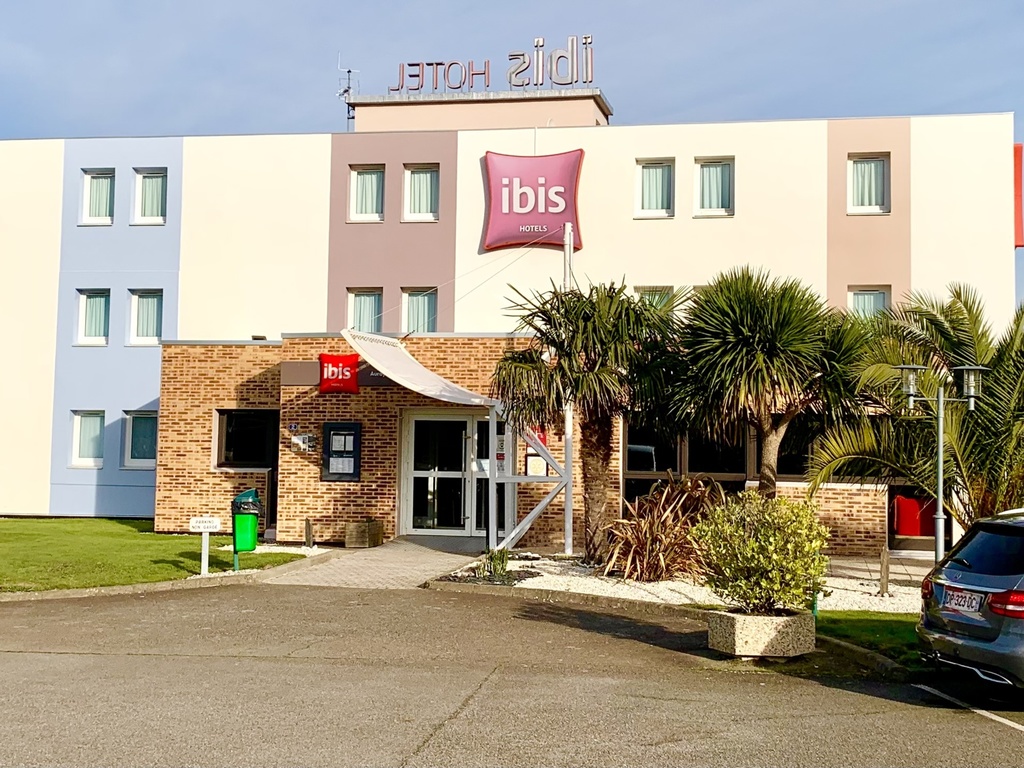 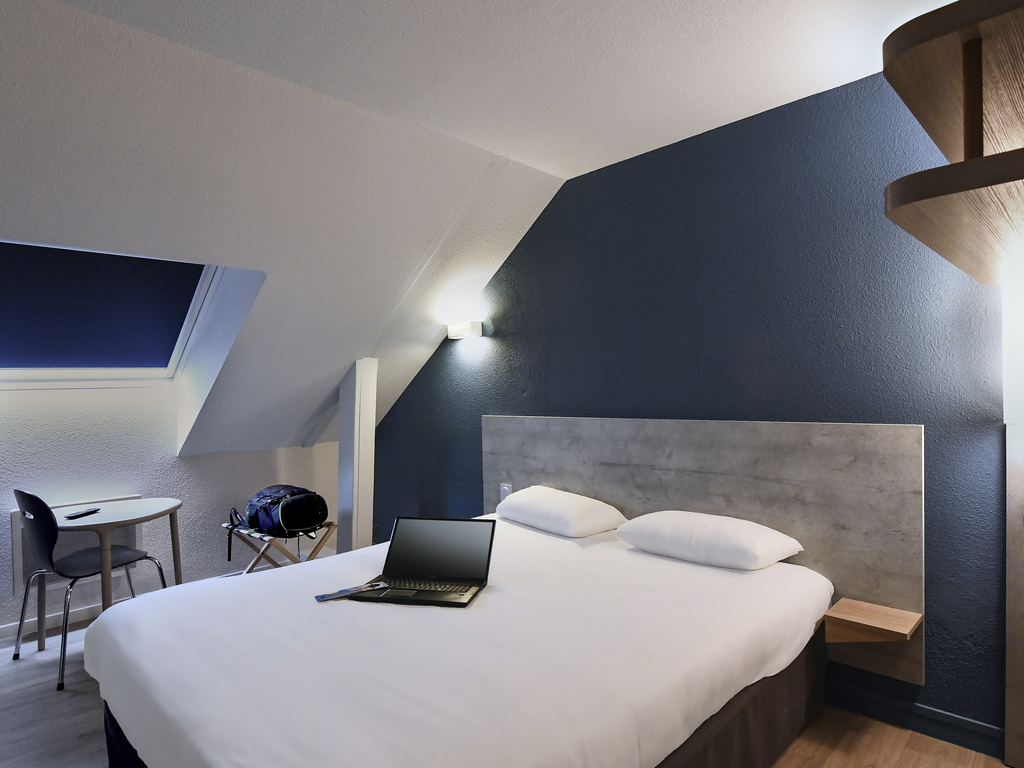