The UK isn't exactly famed for the beauty of its sandy stretches - but this perception may just be wrong. There are so many beaches dotted around our coast that could easily compete with beaches in France, Spain and elsewhere in Europe… especially on sunny days. Here are our recommendations:

Crosby beach, Liverpool
Arguably the best beach in the North, this is the perfect place to go for a stroll if you’re staying in Liverpool or in the surrounding areas, just make sure you go at low tide. It’s the location of artist Antony Gormley’s installation of 100 cast iron figures looking out to sea. They really are breath-taking.
Porthcurno beach, Cornwall
There are so many beautiful beaches in Cornwall (and the South West in general) so it was hard to pick just one for this list. Porthcurno has soft white sand and a sparkling turquoise sea that makes you feel like you’re in Spain or Italy, rather than England. It’s a beach that many describe as paradise and it features in the Poldark TV series as Nampara Cove.
After a day at the beach, we highly recommend you book tickets for the open-air Minack theatre on the nearby cliffs, just make sure you bring a cushion, blanket and picnic with you.

Scolt Head beach, Norfolk
One of the South East’s hidden gems is Scolt Head beach. It’s on an offshore island between Brancaster and Wells-next-the-Sea. Getting to it, requires you to take a ferry which only operates for a couple of hours either side of high tide. The beautiful scenery will take you aback, it’s something you must experience if you’re holidaying nearby. It’s home to some rare birds so make sure you bring a camera and binoculars, if you have some. It can get windy, but you probably won’t mind as you collect shells on the warm sand. The shells can be up to six inches in length and come in every colour imaginable.
Portrush East Strand, Northern Ireland
The Portrush East Strand beach is the best beach in Northern Ireland according to Trip Advisor. If you want some quality family time, or somewhere to relax with a good book, there is no where better. The water is clear, the sand is fine and white, with no shingle or shale. From the beach you can see The Skerries and the Causeway headlands. You could enjoy a swim or go for a surf if you want, this beach is popular for watersports all year round so is perfect for adventure seekers.
Sandwood Bay, Scotland
It’s impossible to visit Sandwood Bay and not fall in love with the place. It’s a natural bay with a one mile remote beach and an impressive sea stack. It might be a four and a half mile walk to the bay from the car park, but it’s well worth it. There is pink sand as far as the eye can see and you could very well have the whole beach to yourself. It’s bliss.
Rhossili beach, Wales
If you love to surf, pay a visit to Rhossili Beach in Wales. It’s been voted Wales' Best Beach 2018 in the TripAdvisor Travellers' Choice Awards. It’s got amazing sand, a glorious coastline and the views are spectacular. It’s no wonder The Independent described it as “The supermodel of British beaches.”
Which beach appeals to you the most? We couldn’t just pick one, they all offer something unique and are incredible in their own right.

Hotels In London Hotels in Swansea 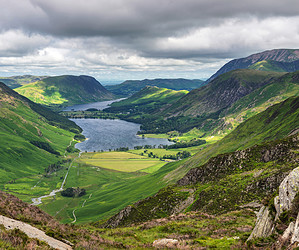