Learn about Ho Chi Minh City’s past at the War Remnants Museum, which offers a glimpse at key historical events that shaped modern Vietnam.

Ho Chi Minh City, formerly known as Saigon, is an exhilarating jumping-off point for those visiting Vietnam for the first time. Named the world’s second most dynamic city , Ho Chi Minh City boasts a vibrant mix of old and new, with street food  stalls and carefully preserved heritage buildings parked between towering skyscrapers and glittering shopping malls.
In the heart of downtown Ho Chi Minh City , however, sits a sobering reminder of the city’s past. A 10-minute walk from the charming Hotel des Arts Saigon, the War Remnants Museum houses armoured vehicles, artillery pieces, artefacts and a powerful collection of photographs capturing various perspectives of the Vietnam War and its effect on people and places .
Transform your visit to Ho Chi Minh City with a trip to this historical site.

About the War Remnants Museum

First opened in September 1975  following the end of the Vietnam War, the government-run War Remnants Museum was renamed and renovated several times, due to shifting relations between the US and Vietnam, before it was given its current name in 1995.
Each year, an estimated 500,000 people pass through the doors of the museum ; the museum opens daily from 8am to 11.45am and from 1.30pm to 4.45pm , with a nominal admission fee of less than US$2 . Before you enter, make sure you are prepared to witness first-hand artefacts, photographs and war relics that depict just how costly the war was.

In the museum, you will find, among other things, a collection of posters and photographs displaying key events and themes of the war, including the devastating effects of napalming and Agent Orange  — a deadly herbicide used by military forces ; unexploded munitions, and an assembly of military equipment and uniforms salvaged from the battlefield .
A gallery depicting the harsh realities of war and conflict, as photographed by some of the world’s most renowned war photographers , will give many pause for thought. Upstairs, you will come across an exhibition titled “Requiem” featuring 330 framed photographs captured by photographers from around the world who lost their lives in the conflict.

As you exit the museum building and enter the surrounding courtyard, you will be faced with an extensive display of military aircraft, helicopters, tanks and artillery that were used in the war.
A series of intimate exhibits also surround the museum documenting the living conditions of those caught in the crossfire of the Vietnam war . These images are a striking presentation of a tumultuous period in Vietnam’s history and serve as a powerful reminder of the lasting effects of conflict.
Equal parts moving and thought-provoking, Ho Chi Minh City’s War Remnants Museum is one of the best showcases of modern Vietnam’s history — and an essential, though sombre, part of the Saigon experience. 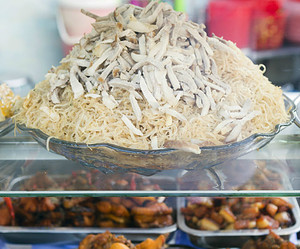 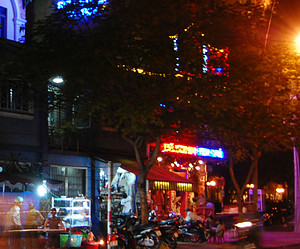