Seeking the party districts with the most buzz in Metro Manila? Check out Makati City, Quezon City and Manila.

With the Filipino’s innate sense of fun and penchant for partying, there are bound to be loads of entertainment districts throughout the country. This party spirit is alive and well in the capital of Metro Manila, especially in Makati City, Quezon City and Manila where you’ll be spoilt for choice with dusk-to-dawn entertainment possibilities. Go hunt out these popular nighttime spots.

The country’s leading financial hub metamorphoses into a pulsating party district once the sun goes down, with clubs and bars filling up with office workers winding down after a stressful work day, along with non-Makati folk just out to have a good time or ticking off their list of recommended nightspots.
Fans of chill-out electronic music should check out Buddha-Bar. This branch of the well-known Paris-based bar lounge also dishes up tasty modern Asian cuisine amid plush Oriental surroundings.
If your music of choice is retro, Strumm's is the place to go. The bar’s live bands play songs from the ‘70s, ‘80s and ‘90s — and never fail to get the crowds on their feet. Get ready to dance till you drop and sing yourself hoarse.
For those who prefer luxury clubbing, Royal will make you feel like royalty while you shimmy to the beat. This upscale club features European-style palace décor, top-quality sound and light systems, along with a mix of electronic dance music, Top 40 hits, mash-ups, R&B and hip hop depending on the night of the week.

This former capital city gives off a more laid-back vibe compared to the financial districts and tourist centres. Streets are often dotted with restaurants, bars and pubs. Notable nocturnal hang-out spots include Timog Avenue, Tomas Morato and Eastwood.
Hungry? TYA Bar and Restaurant serves up ‘80s and ‘90s music, along with full meals rather than just the usual bar grub.
A popular nightspot, Route 196 is known for great gigs by local musicians and good food. Beers are also quite easy on the pocket.
Off the Grill Bar and Restaurant features live bands with no cover charge. Crowds often gather for the live performances, which feature well-known local bands.

Manila holds its own against glitzy newer cities, with its array of after-dark entertainment options catering to every budget from high-end bars to “hole in the wall” street pubs.
Most of Manila’s nightlife is clustered in the Malate area, which reeks of ambience with its old buildings from the Spanish colonial era and the bohemian, artsy crowd that frequents its bars.
Oarhouse is one of the oldest pubs in Manila, opened in 1977 by retired US Navy pilot Charles “Chuck” Monroe. You’ll find that it’s conducive to a relaxing chat and catch-up with friends with its conversation-level background music.
Chill Bar, as its name suggests, is a great place for chilling out with your mates. The bar, with its homey garden setting, is a good spot for tête-à-têtes over drinks — and as a bonus, it is open 24 hours!

our hotels in Manila 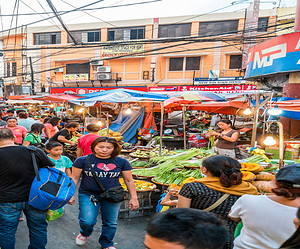 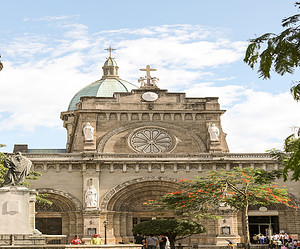