Once a US military base and later on the Philippine Army headquarters, Bonifacio Global City (also known as BGC or The Fort) is now an upscale district packed with restaurants and bars.

With bars bursting with revellers most evenings and with watering holes at almost every corner, you’ll be sure to find something to suit your fancy for happy hour in BGC.

This Japanese whisky bar in Serendra is a hidden secret. Go through an unassuming black door and you’ll enter the stylishly subdued interior of LIT Manila.

The bar boasts an exhaustive collection of Japanese whiskies (as well as a selection of hard-to-find sake and shochu). Service is top-notch with keen attention paid to small details, including using ice cut from charcoal-filtered water and wafer-thin serving glasses.

The predominantly red (of course) retro aesthetic of Tomatito Manila transports you to bars in Spain during the ‘80s. The menu features traditional Spanish dishes such as Jamón ibérico (Iberian ham), paella, croqueta and patatas bravas. Sample the wide selection of Spanish wines, artisanal cocktails and beverages.

If you’re looking to quench your thirst with more than just the local San Miguel beer, head for Tap Station, a Filipino brewery that serves fresh beer on tap.

This popular gastropub is always packed no matter what time of day. Office workers frequent Tipple & Slaw for daytime grub. After dark, yuppies wind down to the sound of chill-out house music while throwing back drinks from the extensive menu.

Drinks on offer include local and imported beers, along with craft and classic cocktails. It’s a tough job picking out your tipple of choice from this list.

The Brewery at the Palace

Last but certainly not least on our list is The Brewery at the Palace where beer takes the spotlight. Huge brewery machines produce fresh beers in-house.

It isn’t just the beer that will keep you coming back though. The food menu is extensive and filled with tasty crowd-pleasers, such as the popular Microbrewery Nachos, which comes slathered with a concoction of garlic aioli, chipotle aioli and cheesy beer sauce. 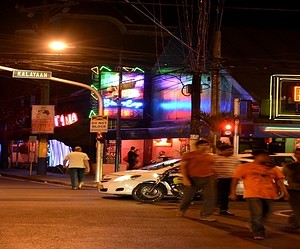 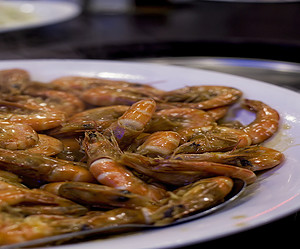