Whether you are seven or 70 years old, the fun and thrill of going to amusement and theme parks on a family vacation never gets old. Take a look at some of our favourite theme parks in the world:

Take your holiday in Dubai to the next level at Dubai Parks and Resorts – the Middle East’s largest multi-themed leisure and entertainment destination. Home to three theme parks: MOTIONGATE™ Dubai, a Hollywood movie-based theme park with motion picture studios, such as IP-based DreamWorks Animation, Sony Pictures Studio, Smurfs and Lionsgate, offering an immersive storytelling experience to visitors; Bollywood Parks Dubai, the first-of-its-kind theme park inspired by Bollywood (India’s movie-making industry) that offers live experiential entertainment from the biggest Bollywood blockbusters; LEGOLAND® Dubai, the seventh LEGOLAND® of its kind in Dubai that offers over 40 amazing LEGO® themed rides, entertainment shows, unique LEGO® building experience, a water park and several exciting LEGOLAND® attractions for both kids and adults, Dubai Parks and Resorts is a hub of family fun and unlimited excitement. There is also Riverland Dubai, which is a unique themed retail, dining and entertainment district offering many themed experiences, and Lapita, a Polynesian-themed luxury Hotel adjacent to it – all attracting flocks of tourists from around the world.

Known as one of the largest indoor theme parks in the region, Ferrari World is the first of its kind in the world, and is themed on world famous Italian auto brand, Ferrari. Located in Abu Dhabi, capital of the United Arab Emirates, the park hosts exciting Ferrari-inspired rides and attractions, and boasts the biggest Ferrari-branded retail store. Some of the must-try rides include: Flying Aces, the world’s steepest steel roller coaster with the world’s tallest loop (52 meters long); Ferrari Driving Experience that lets visitors drive the luxury car around Yas Island; Ferrari World’s signature ride, Formula Rossa – the world’s fastest rollercoaster ride with a top speed of 250kmph in a mere 4.9 seconds. There are several thrill rides, including state-of-the-art simulators and electric-powered go-karts. The park has several leisure shopping venues, offering everything from fashion merchandise and gifts to souvenirs and Ferrari memorabilia for Ferrari fans. You can also feed your sense of adventure with ample Italian dining options set in the restaurants within the park.

For the ultimate Hollywood movie experience, head over to Universal Studios Hollywood in Los Angeles California. The park is an excellent entertainment attraction, perfect for anyone aching for excitement and unhindered fun, and boasts a wide variety of immersive rides, innovative attractions and unique experiences based on our favourite movies and television shows. The signature attraction of the park is the famous Studio Tour that offers visitors a sneak peek behind-the-scenes of movies and TV shows by taking them on a ride to show how a movie studio operates. The 45-minute extensive tram ride tours most of the working studios and sets, and invites visitors backstage during filming of movies, theatrical shows and TV shows.

Nothing beats Disneyland Paris when it comes to magical theme parks that offer both kids and adults a trip of a lifetime and a chance to create magical memories together. Take a walk through what is known to all as the happiest place on Earth, and you will know why the theme park has this appellation attached to it. Featuring a winning combination of unforgettable amusement park rides, sensational attractions, restaurants, hotels and several recreational attractions based on Disney movies, fairy tales and cartoon characters, the fantasy-themed entertainment park is one of the most visited theme parks around the world. Located in Marne-la-Vallée, Disneyland Paris is divided into five Disney-themed lands that suit all tastes and ages, and pack a lot of family fun all year-round.

Disney’s theme parks are world-renowned for family-friendly fun and adventure-based theming, but the Magic Kingdom is unlike any other. Not only is Magic Kingdom the most visited theme park the Walt Disney Company has every constructed, but it is also the most magical place on the planet. The whimsical and magical domain is part of the Walt Disney World Resort, and has six themed lands that feature thrill rides and attractions based on our favourite fairy tales and Disney characters. This theme park satisfies diverse tastes and ages.

Covering an area of 110 acres, Gardaland amusement park complex houses Gardaland – the largest amusement park in Italy and one of Europe’s popular short break destinations. The park is divided into areas themed on the medieval and fantasy world that feature 34 exciting rides, including seven rollercoasters, three water rides, four dark rides and three flat rides. Apart from these, the park also has Seas Life Aquarium, an aquarium that houses over 5000 marine animals and fish, a series of themed-areas that help visitors discover the marine world, an underwater glass tunnel that gives visitors a glimpse of some of the most exotic and unusual sea dwellers.

Located in Gothenburg in Sweden, Liseberg is one of the most visited theme parks not only in Scandinavia, but also across the world. The theme park boasts 40 exciting rides and attractions, including six rollercoasters and 18 kid-friendly rides, a water park, haunted hotels, indoor arenas with numerous arcade games and a concert stage that hosts daily performances during the summer season. The park also hosts seasonal attractions and shows based on three seasons: Summer; the Halloween; and Christmas.

As a popular toy that has formed a part of everyone’s childhood, LEGO® still has the ability to rekindle our youth. The toymaker’s biggest business venture is LEGOLAND®, which features several educational zones for kids; family-friendly LEGO® attractions within themed sections; and Miniland, which houses miniature versions of some of the world’s greatest city landmarks and landscapes, especially the miniatures of world-famous skyscrapers – all built using millions of LEGO® bricks. The park has four rollercoaster rides, two water rides and several other kid-friendly rides. The SEAT Traffic School next to Miniland offers kids their very own LEGOLAND® driving license through a fun driving test in electric cars. 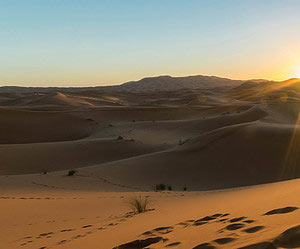 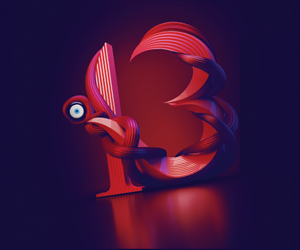 Shopping for some special decorations