Sydney is home to a wide range of sports events and attractions. If you need any further reasons to take a trip to the New South Wales capital and you’re into sport, read on.

Aside from seasonal events that happen for various sporting codes throughout the calendar year (which we touch on a little later), there are some excellent attractions and guided tours for sports fans to enjoy while visiting Sydney. Here’s a few of the standouts:
Sydney Cricket Ground Tour Experience
The Sydney Cricket Ground (SCG) is one of the city’s leading sporting destinations. Home to a number of Sydney rugby and Sydney AFL games, plus soccer, cricket matches and more, you’ll find a ton of live sports events taking place throughout the year.
To enhance your experience, take a guided tour and go behind the scenes. Your guide will lead you through the SCG, Allianz Stadium and the SCG Museum and share tales of success, player anecdotes, spectator stories and loads more about the stadiums. Walk through the Allianz Stadium Players Tunnel, explore the dressing rooms and see the Field of Play.
Sydney Cricket Ground Museum
Hang around a little while longer after your guided tour to explore the Sydney Cricket Ground Museum. Entry is included with your tour, or can be purchased separately for those wanting to skip the stadium walkthrough.
Check out the permanent exhibit – The Sydney Cricket Ground: A Story of Cultivation and Construction, along with various rotating temporary exhibitions.
Sydney Olympic Park Sports Centre – NSW Hall of Champions
Learn about the skills, strengths, sacrifices and moments of triumph of the state’s sporting stars during your visit to the Hall of Champions. Opened in 1979, the Hall’s Wall of Fame celebrates home-grown legends from over 50 different sports, from the late 1800s until now. Wanting to learn more about New South Wales’ sporting history? Explore the four themed exhibits to delve deeper.
The Sports Centre also hosts various sporting events and championships, school holiday programs and other physical activities like gymnastics.
The International Cricket Hall of Fame
Cricket fans, this one’s for you! Drive about an hour and a half from Sydney’s CBD and arrive in the town of Bowral, home town of cricketing legend Sir Donald Bradman and the Bradman Museum & International Cricket Hall of Fame. Explore galleries documenting the history, the milestones and the sporting stars of this great game over the ages.
Travelling with friends or family who just don’t get the whole cricket thing? Never fear. This is an attraction that celebrates cricket in depth for the diehard fans, but also explains what it is about this sport that captures the hearts of millions in countries near and far. Cricket novices are advised to begin with a visit to the interactive fielding table that gives insight into the game and playing techniques.

Sporting events to plan your trip around

Want to align your holiday with a game or event? We’ve compiled a brief list of some of our favourite sporting events and seasons throughout the year for your consideration. Mark them in the diary and snap up some tickets!
State of Origin
Happens between May and July annually, where Queensland and New South Wales battle it out over three intense games. The location varies each year.
AFL Season
One of the most highly anticipated sporting seasons nationally, the AFL season takes place between March and September, with Sydney stadiums hosting a number of games. Explore the AFL Fixture for more detail.
City2Surf
Choose to spectate and cheer on the participants or, if you’re feeling up to it – sign yourself up! Kicking off at Hyde Park, the 14km City2Surf track travels past some of Sydney’s most scenic locations, finishing up at the famous Bondi Beach.
Sydney Hobart Yacht Race
If you’re visiting the city during the festive season throw the Sydney Hobart Yacht Race onto the list. The race departs from Sydney Harbour on Boxing Day. 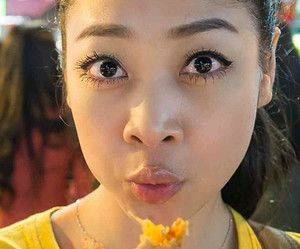 A guide to Sydney's Chinatown 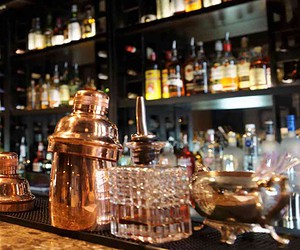 Get active with the best running and walking trails across Melbourne. 1 day

Here’s our take on the 5 New Zealand golf courses that are absolute hidden gems. 1 week

Pro surfer and Novotel ambassador Sally Fitzgibbons shares her tips and tricks for feeling good when you’re away from home. 1 hour

How to stay fit and healthy while you travel