Whether you’re into live music or sport, film or food, there’s something to suit every taste. Here are 7 happenings you should consider when planning your Sydney summer schedule!

Get into the festive spirit at this annual Christmas carol celebration held in the Domain. Great Aussie talent will grace the stage to perform Christmas classics at this fun, all-ages event. Children and the young at heart will love singing along and coming together with loved ones at this special time.

Bid 2016 farewell and ring in the New Year at one of our country’s biggest and boldest NYE celebrations. Over a million people flock to Sydney each year to snap up a spot for the harbour fireworks show and festivities, and this year you could be one of them. While you will need to get there early to get a good view and beat the crowds, it’s something everyone should experience in the flesh at least once in their lives. NYE in Sydney is a truly magical night.

Almost 400 performances and 100 events make up the extensive and ultra-entertaining program of the Sydney Festival, an annual summer celebration of culture, style, big ideas and so much more. Many events are entirely free and others are ticketed, usually around $25 on the day. If you’re OK to splash out for one of the main events, Indie rock guru PJ Harvey will return in 2017 for a special, one off performance so be sure to grab a ticket before they sell out. For the full Sydney Festival schedule check out the website from late October 2016.

If sport is more your thing, add the HSBC World Rugby Sevens Series to your to-do list. 16 teams will descend upon Allianz stadium this February for the fourth round of ten tournaments across the globe. Aside from watching the action on the turf, there will be plenty of events happening off the turf to keep you entertained. Think beer tents, fan events and family-friendly areas with activities for the kids.

St. Jerome’s Laneway Festival is bringing together fresh beats from up and comers and revered favourites from Australia and abroad in Sydney for one day only. Musical superstars such as Gang of Youths, Tame Impala, Glass Animals and Nick Murphy (formerly known as Chet Faker) and many, many others will be performing at the Sydney College of the Arts in Rozelle for this all-time festival event.

The largest short film festival in the world is returning in 2017, with a new venue at Parramatta Park just 25 minutes from Sydney’s Central station. The Tropfest Signature Item (TSI) which all entrants must include in their submission is ‘pineapple’, so keep your eye out for the fruity connection as you watch!

In 2017 Sydney will celebrate the 21st anniversary of the Sydney Chinese New Year Festival, so it’s sure to be a biggie. More than 80 events will run across the city, including a hub in Martin Place and of course, Chinatown itself to celebrate the arrival of the Lunar New Year and the year of the rooster.  Come along to enjoy the hustle and bustle accompanied by traditional eats, drinks and live performances.

Joining in the festivities of Sydney’s famous Mardi Gras is the perfect way to see you from summer through to early autumn. Sydney’s LGBTQI community and the broader mainstream community gather for a celebration of pride and diversity like no other. The main parade is held in the streets of Sydney during the first weekend of March, although the rainbow flag raising at the Sydney Town Hall and Mardi Gras fair day are earlier in February.

Summer in the city caught your eye? Book your stay at one of our Accor Sydney Hotels to make your dream of welcoming the New Year in the city centre, or even just a short weekend away, a reality. 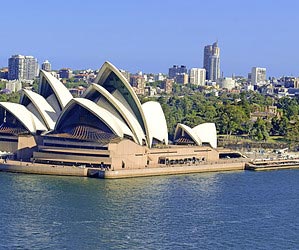 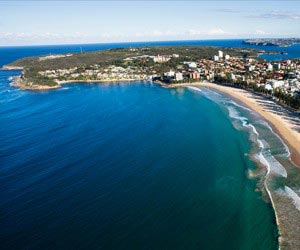