It’s easy to get swept up in the excitement of summertime in Melbourne. From indulging in regional fare at food and wine festivals to attending world-class sporting events, there’s always something to do during the hottest months of the year.

We’ve got the lowdown on which events to attend in Melbourne this summer – just make sure you’ve got plenty of sunscreen on standby (and maybe an umbrella, just in case).

As one of Melbourne’s most prestigious sporting events, the Australian Open is always a big summertime drawcard. Held annually during the last 2 weeks of January, it’s routinely attended by the biggest names in tennis and attracts sell-out crowds.
You don’t need to be an expert on tennis to enjoy yourself at the Australian Open. The high-energy atmosphere is enough to turn anyone into a diehard tennis fan (at least temporarily).
Accor is the official partner of the 2018 Australian Open. Stay with us for two nights and save 20%! And don't forget to secure your seat at the Australian Open today.

The Ashes Test Cricket (Australia v England at the MCG)

With Australia set to host the Ashes this year, now’s your chance to attend this iconic sporting event. Whether you love cricket or know next to nothing about the game, the traditional rivalry between the Aussies and England always makes for great entertainment.
Cricket might not be considered the most exhilarating sport, but attending a test match like the Ashes is still a great way to spend a summer’s day out in Melbourne. You can dress up in your team’s colours, cheer for your favourite players, or simply sit back and soak up the glorious weather.
The Ashes test match at the MCG will run from 26-30 December 2017. Get your tickets before they run out.

Strengthening Melbourne’s reputation as a sporting and cultural capital, the Volvo Ocean Race will return to the city’s waterways in December 2017. Covering treacherous spans of ocean, this decades-old yacht race involves teams of sailors competing against each other in a round-the-world expedition.
The race should arrive in Melbourne around Christmas, giving spectators the chance to see some of the world’s most talented seafarers in action.
Get regular updates on the Volvo Ocean Race’s expected arrival in Melbourne by checking out the event’s official website.

Lighting up Melbourne’s parklands and laneways with art installations, exhibitions, live music and street performances, White Night is a celebration of culture and creativity. Running from dusk until dawn on 17 February 2018, it was inspired by the international Nuit Blanche movement. French for “to have a night with no sleep”, the Nuit Blanche movement is synonymous with night-time festivals held all over the world.
If you’re on a budget, rejoice! Almost every aspect of White Night is free.
Beat the summer rush by booking your accommodation in Melbourne with Accor Hotels today. 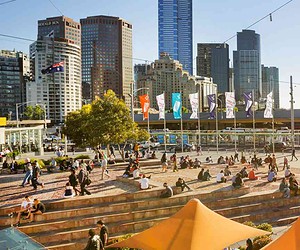 Head to Melbourne for a month full of entertainment 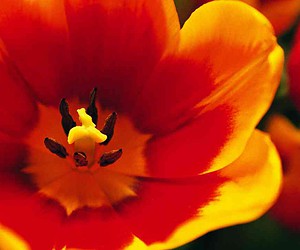 The Melbourne International Flower and Garden Show is coming up

Where to Watch the Sydney to Hobart Yacht Race