You don’t get listed as The Economist’s world’s most liveable city for six years running without having a lot to offer. There are so many reasons to visit Melbourne, here are our top twelve.

Melburnians love their sport. The entire calendar year is packed with sporting events in Melbourne; from the Melbourne Cup in early November to Australian Open Tennis Tournament in January and the Formula 1 Australian Grand Prix in March, there’s something happening each and every month.

You’d be hard pushed to visit Melbourne when there isn’t a festival happening. With residents from all over the world, Melbourne is a cultural melting pot – and that’s something Melburnians like to celebrate! Festivals for every nation, food type, and sport are hosted in and around the city throughout the year. From cheese and wine festivals to writer’s events, the dumplings festival to water-skiing on the Yarra at Moomba – there really is a festival for everyone.

There are plenty of theatres in and around Melbourne, but the Regents Theatre stands out for its colourful history. Built in 1929, destroyed in 1945, reopened in 1947 and restored to glory in 1996, the theatre now hosts blockbuster shows throughout the year. Other notable theatres around the city include The Princess and Her Majesty’s; see what’s on for an evening to remember.

Forget electricity, Melbourne runs on coffee. There are hundreds of independent coffee houses in and around Melbourne. Some even scour the world looking for the perfect beans, roasting on site to bring you heaven in a cup. Our top three stops on a Melbourne coffee trail include St. Ali in South Melbourne, Market Lane in the CBD, and Industry Beans in Fitzroy – that’s coffee for every meal of the day.

Internationally renowned as one of the world’s street art capitals, Melbourne’s laneways are a feast of colour and creativity. You can take a tour of the best spots, or create your own itinerary with these top locations: AC/DC Lane, Hoiser Lane, Union Lane, Russel Place, Croft Alley, Finlay Lane, Blender Lane.

Melbourne and chocolate isn’t an association that most people make, but the city is host to some of the best chocolate shops around. Mork in North Melbourne, Cacao Lab in St Kilda, Pana Chocolate in Richmond, Burch and Purchase in South Yarra and Chokolait in the CBD make a crazy pentangle of chocolate heaven – that’s one self-guided food tour not to be missed!

Melbourne hosts two major fashion shows each year and is home to international and local designers. Shop till you drop in both department stores and smaller boutiques; there’s always something special to be found in Melbourne.
Head to Chapel Street to the south east of the CBD, or Fitzroy in the north for high street shopping surrounded by some of best eateries and bars around.

Melbourne is very easy to navigate for the weekend visitor. Trams, trains and a bike share network cover a lot of ground in the city and surrounding suburbs with ease, and it’s relatively cheap. If you’re travelling within the CBD  you can ride the tram for free in the Free Tram Zone, so you nip around ticking off all the sights with no transportation cost. Make sure you review the Free Tram Zone map prior to travel to avoid fines, as tram routes extend beyond the free zone.

Nowhere understands brunch like Melbourne. The café culture here is rooted in the mindset of Melburnians as much as the coffee they run on. Grab your mid-morning smashed avocado on toast and fit right in with locals on a lazy Sunday morning.

Aside from eating, drinking and sports, Melbourne is also home to a vast range of exhibitions year-round, plus some which you won’t find anywhere else. Locations such as the Melbourne Convention and Exhibition Centre, National Gallery of Victoria (NGV), Melbourne Museum and the Australian Centre for the Moving Image (ACMI) are a few top spots to check out once you know your travel dates.

There are so many hidden rooftop bars around Melbourne, just waiting for you to come and enjoy the sunshine with your drink of choice. Watch the world go by after a day exploring with a cooling breeze and a cocktail. From swanky sophistication to grungy flare, there are so many bars to explore you’ll have to come back to Melbourne again and again.

There are so many things to see and do, but the best reason to visit Melbourne this weekend is for its relaxed atmosphere and friendly locals. As a real cultural melting pot, everyone is welcomed with open arms and fits right in.
If you’re planning a weekend away in Victoria’s capital (and you really should!) why not stay in one of our Accor Melbourne hotels to make your weekender even more special. 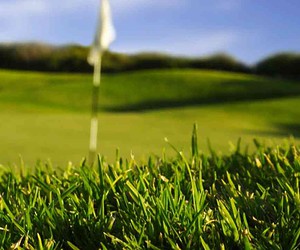 Three of the best golf courses in Melbourne 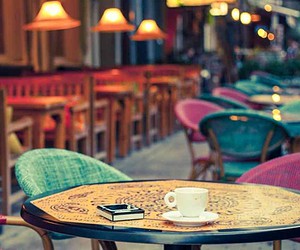 Stuck in a rut? Plan an inspirational get away to Melbourne.