Good choice for Madrid by car We chose this hotel as it is just outside the Madrid low pollution zone (which means you can access it with a non Spanish car), and it has its own parking garage. The rooms are typical for an IBIS Styles. The public areas are shared with the Novotel next door, so tend to get pretty crowded. Access to Madrid is easy: a ten minute walk to a metro station. There isn't much in the area, and you cannot actually use the adjacent motorway unless you have a Spanish car ( I think with the appropriate pollution registration), but it worked for us wanting as we wanted to spend a few days in Madrid on a Spanish driving holiday. 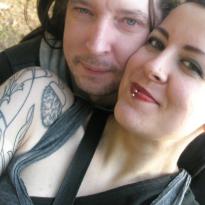 Firstly, the location is terrible- atnleast a 30 min bus ride away from any central attractions, and you're overlooking nothing but offices and flats. Room was solidly ok, clean and fairly comfy but nothing special. Had specifically requested a room with a bathtub (which i was told was possible) but got given a room with a shower - no explanation to the change except they cost the same On our final morning before checkout I went down to breakfast, big queue as its Sunday morning and most people are probably flying out that evening. Get to the front of the queue and the guy behind me pushes in front- the lady working the queue comes to seat the next customers and I state I was first - guy admits he pushed in and I was in fact first. The lady looks me dead in the eye, says ok, and then deliberately reaches straight past me to the guy and seats him instead! I have extreme social anxiety and it took a huge effort to stand up for myself, for the staff member to humiliate me in front of the dozens of people in the queue was too much and I had to leave immediately as I was about to have a panic attack, by the time I calmed down about 10 mins later it was too late to get breakfast as the queue was fully across the lobby, so my partner and I never got the breakfasts we paid for either As the title says, dont waste your time, get a hotel in the centre of town for a few euros more

Great hotel, with very kind and helpfull staff in the reception. Not located on city center, but in front of the hotel we got the public bus to the city center, very easy. Good to have an swimming pool to relax in the end of an very hot day. Keep our lugage in the last day, as we only have flight in the afternoon. Very helpfull The unique negative point was the staff in the bar that ignore us for too long in the counter, while they are not serving anyone, but just cleaning and organizing things.

Very modern and clean hotel. The restaurant had very good three course menu and restaurants within walking distance. The swimming pool was also Nice. Bus to city center just outside the hotel - 30 minuts approx. Recommend it for others that have rental car and want something close to highway :-) Also easy drive from hotel to warner Parque.

Hidden Gem for a budget hotel in Madrid

We stayed three nights at the end of April and were pleasantly surprised by this budget gem. Very helpful staff, great bar, restaurant and outdoor patio. Breakfast was best we have had at countless hotels and dinner did not disappoint either. Bar service was good and very affordable. Don't miss the outdoor patio area off the dining room. Yes, it is a ten minute cab ride to main Madrid areas and yes, it gets confused with the Ibis near the bull ring, but it's worth the short trip! 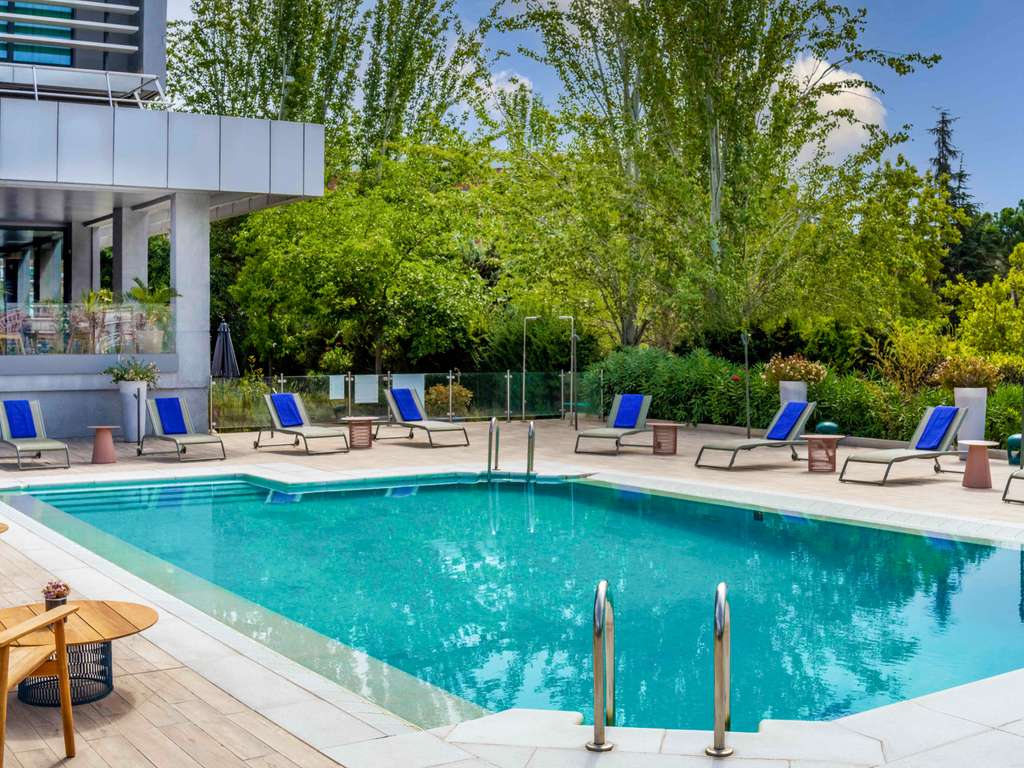 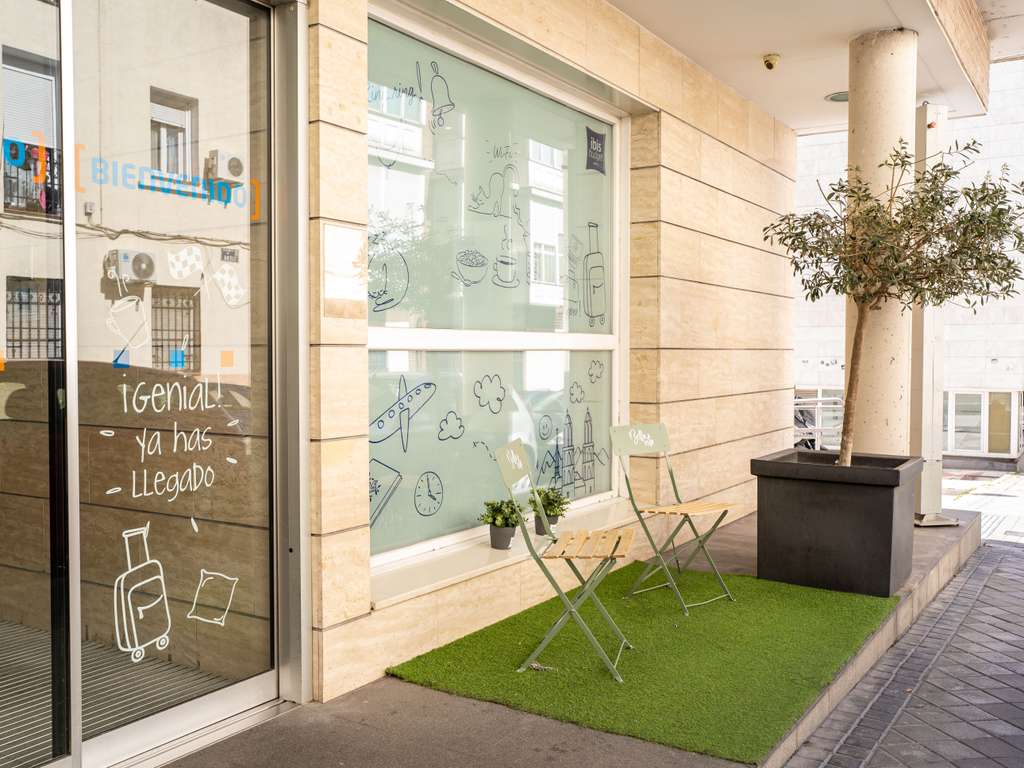 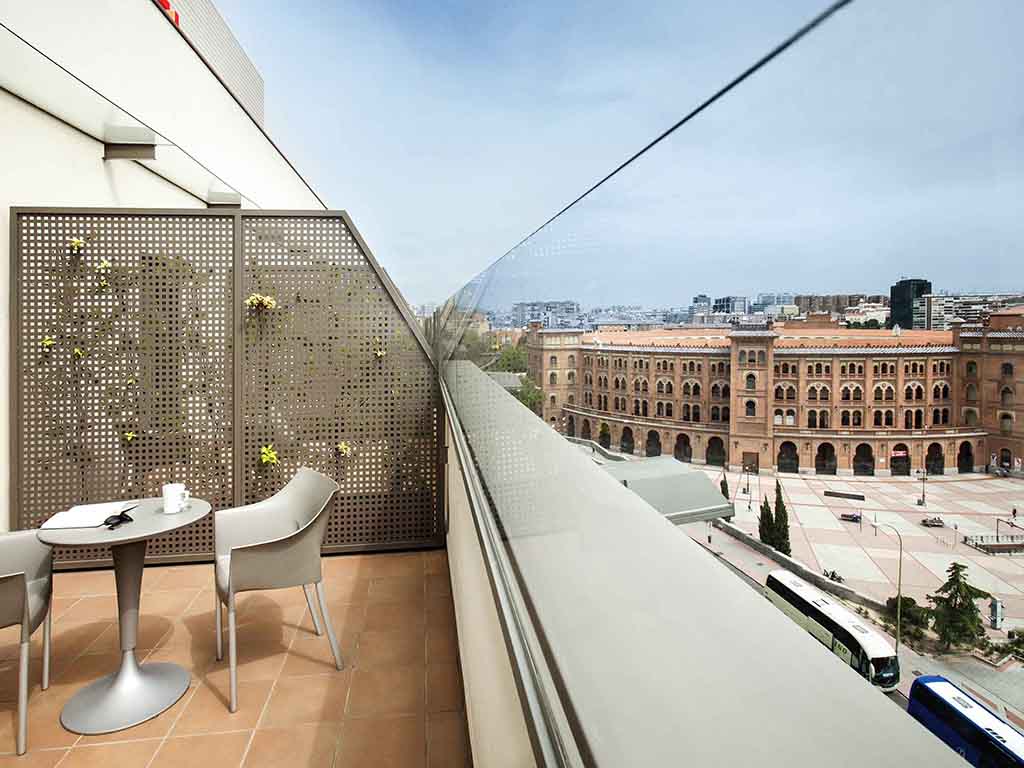 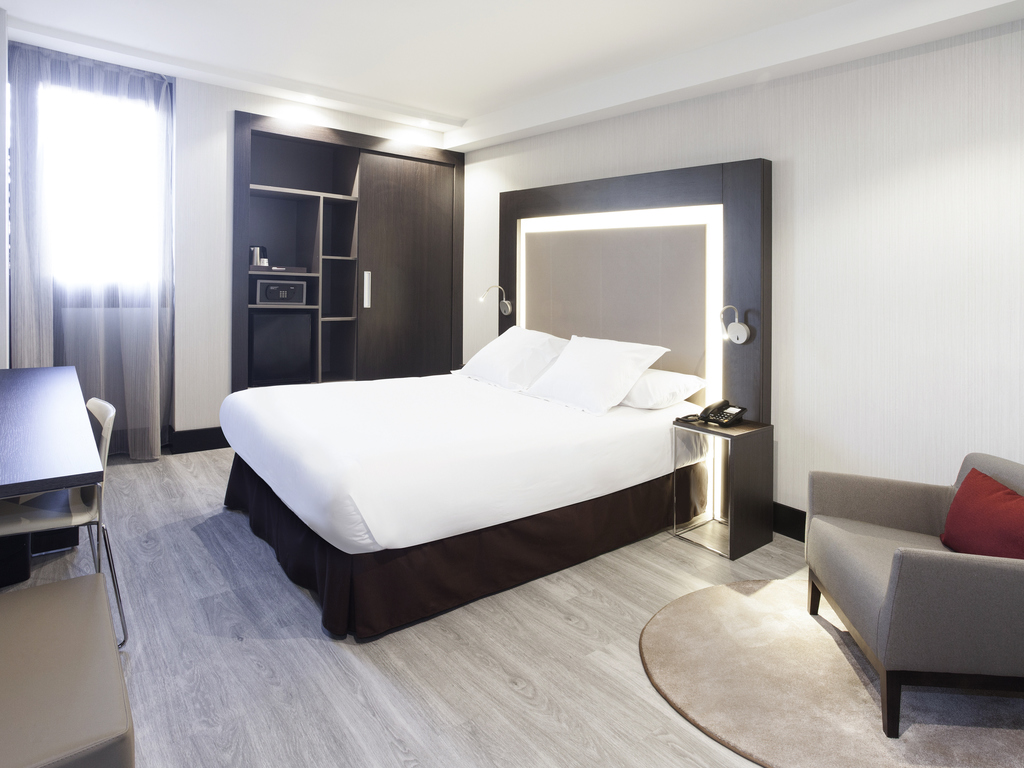