Founders Lodge is more than just a safari destination, it is an embodiment of the lasting legacy of which founder, Adrian Gardiner, dreamt. It is about preserving and nurturing, as well as conservation of our wildlife and nature for future generations.

A celebration of essential beginnings in sustainable tourism, culture, conservation and community inclusion. It is a monument to conservation history and offers soul-reviving safaris in the place where Adrian Gardiner pioneered private game reserves.

Located in the Eastern Cape, South Africa, Mantis Founders Lodge is the birthplace of conservation in the region.

Just off the courtyard, you will find Founders' relaxation area which features a Billiard's table and a sunken bar. Indulge in a drink of your choice as you challenge a companion to a game, or cozy up in the lounge to unwind by the evening fire.

Founders Lodge offers a gymnasium with treadmill, free-weights and various equipment at your convenience so that you may stay fit even whilst on safari.

Needing some pampering whilst on safari? Founder's Lodge offers in-room spa treatments (by our experience in-house therapist) that promise to leave you rejuvenated, relaxed and restored.

The Founders Lodge accomodation is a mix of new and old. Guests can choose between staying on the original property with all of its old world charm or for something a touch more swanky and contemporary.

Experience of a life time

I’ve never felt more welcomed and looked after anywhere better than at Founders. This place is just so special, from bathing in the pool Right next to giraffe to waking up watching rhino drink at the watering hole practically outside our door there’s always something to see. Heading out into Shamwari at dawn was worth the early starts. The sightings of game didn’t disappoint under the guidance of our ranger Marthus, his knowledge and attitude were extremely impressive. I never knew I could get as excited by vegetation as I could the animals but Marthus’ enthusiasm was infectious. Compared with previous safaris, we saw so much more than I have before including being meters away from a roaring lion and being so close to a herd of elephants and their young that it made the hairs on my neck stand up. Fantastic staff at the lodge led by Sean and we certainly never went hungry, food was offered at every possible moment in the lodge. This won’t be the last time we stay at Founders that’s for certain. We didn’t want to leave.

At every level this place is perfect.

We are writing this whilst we are still on holiday at Founders Lodge. Yes,Yes,Yes. A stunning place with a fascinating story. From the people, to the food to the animals… everything is so perfect. We came for the BIG 5 and saw them, but we give our BIG 5 (stars) to the team at Founders. I don’t want to spoil your experience by offering too many details but we absolutely lovely it. The kindness and care from the staff is unrivalled. The food was the best and nothing was too much trouble. The game drives were unreal and our Bears Grills experience was thrilling for our little lad. Thanks so much and if you will have us back, you might not get rid of us. Thanks a lot for everything. No names but you know who you all are. Grant+Jo and the assistant game ranger x

Thank you for this great review, Grant - the Founders Team are so happy that you enjoyed your stay and appreciate the review!

Amazing time at Founders Lodge. Staff were excellent, food amazing and game drives such a lot of fun with the very knowledgeable and tenacious rangers Sikhumbuzo and Alan. Glynnis and Craig, the lodge managers, were so attentive and helpful and together with the rest of the staff, made the perfect the holiday. From the minute you arrive you are made to feel so welcome and looked after. Nothing is too much trouble. We will definitely go back and would highly recommend. Shamwari was the most amazing game reserve with so much variety of sites and scenery. Each drive was different. Founders Lodge is just over an hour from Port Elizabeth Airport and very easy to get to.

Thank you for that great review, David - we look forward to welcoming you & your wonderful family back to Mantis Founders Lodge in the future.

Well, where to begin? Firstly the road trip there was epic, driving the little VW polo that we had rented on the dirt road there made me feel like an off road rally driver. we were greeted by Sean, Nick and Nathan a couple of warm towels and some refreshing juice. We were shown around and then to our room before settling in to some delicious lunch. We were truly blessed in our timings because we got to witness a game capture which is really something special it also meant that a couple of the rhino ran up to hide under a local tree in order to escape the chopper. A couple of local inquisitive pumbas also took up residence just outside the wire. We had an afternoon game drive and some sunset drinks on the drive which was awesome made all the more exciting knowing that there are some wild carnivores trotting around the game farm, so sucking back on a cold black label eating biltong, dried fruit and some spicy corn with the Eastern Cape sunset in the background is just the most special feeling. I could not help but imagine the hardships of the early settlers and Boers in the area during those early frontier years. The beautiful fresh air and the smell of the local fynbos just helped settle the stress and fatigue that had dogged me since leaving London. Being in touch with Gods creation and nature just settles and calms the spirit. It was during this game drive that we established that Nathan, our guide, was actually a mixologist in his past life plus having done a host of other jobs. Supper was a really intimate affair. Every party was set up in a different part of the lodge to ensure that one's dining experience is intimate and secluded. Nathan rustled up some cocktails for us given his mixologist background. So if you have the option i can highly recommend the pina colada and Phatt Cat (Remember the PH Nathan). We had the dining experience of the library and for the feel of a fire one could retreat to the main lounge where a couple of logs were gracefully purring away. The amazing thing about Founders is this is literally where the reintroduction of wildlife into the Eastern Cape began, and the museum on the premises is a stark reminder of everything that we as humans have done wrong over the past few hundred years. Entire sub-species and species eradicated from the face of this beautiful planet, it is just awesome to see people giving back and staying at these lodges goes a long way to rehabilitating the natural environment. The following morning began with a really early morning coffee and game drive. Nathan did bring a flask or two with us for a little early morning coffee in the bush, just what a person needs in the cold wispy early morning. I have refrained from commenting on what animals were seen on the drive as there are many delinquent £%"$holes out there who would seek to better profit themselves. If you are thinking of visiting I could not emphasize this spot more. A truly magical experience. If you do have the opportunity of being the only people on the game drive I would highly recommending the guide to organise breakfast, lunch and drinks for the day and try and spend the entire day out in the bush. Ps. please realise that you may not see everything that you would want to see on the game drive as these are wild animals and caged up zoo animals to be seen at our beck and call, rather appreciate everything and the entire ecosystem in its majesty. To Sean, Nick, Nathan and all the other lodge staff, thank you all for everything that you are doing and for making our stay so special. To the Gardiner family who started it all, thank you and thank you for your continued efforts.

Thank you for this wonderful feedback - so happy that you enjoyed your time with us at Mantis Founders Lodge and we look forward to welcoming you back in the future.

The best safari ever x

Thank you for this AMAZING review! The Founders Team loved hosting you and are so pleased that you enjoyed your stay. 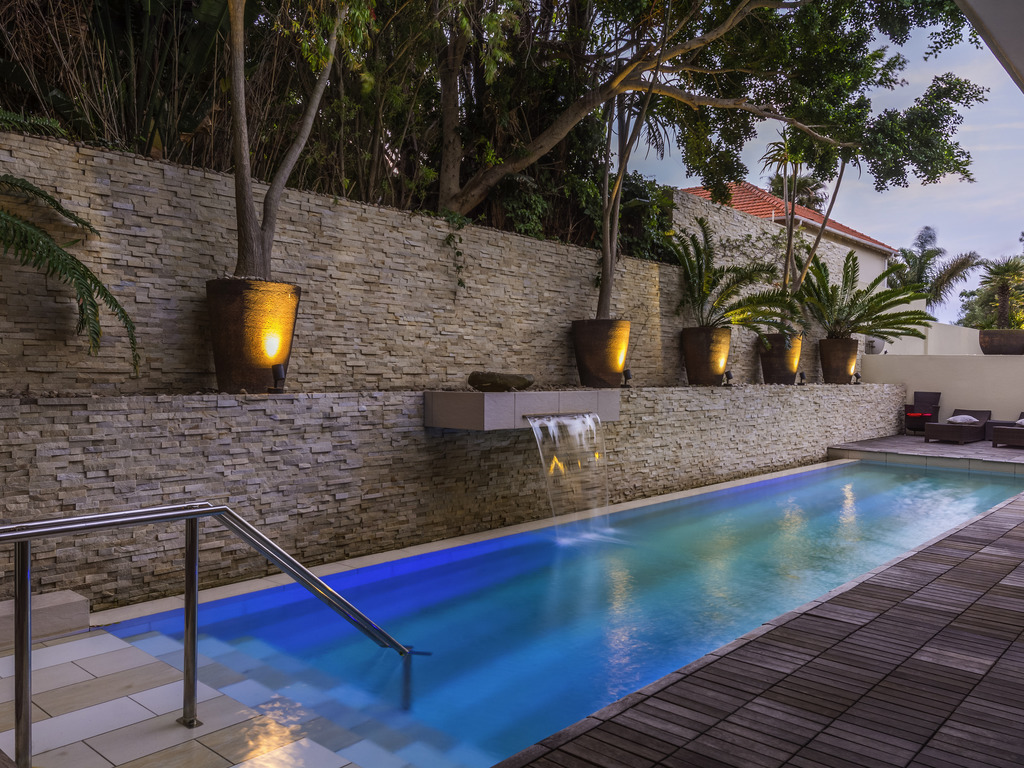