Do you love concentrating on the important things in life? Then the ibis kitchen is perfect for you. Come and enjoy classic German cuisine in a simple atmosphere where you will feel comfortable immediately.

Good hotel for travellers with a car

Good 3 star hotel. Good connection to a city center. If you come on the weekend you can park a car for free in the nearby street. Free wi-fi. Nice view of the city centre and Olympic park (incl BMW headquarters).

For the price I paid. I expected at least a decent night's sleep and a tranquil stay. The bedroom wasn't clean and there was no soap in the shower. The air con didn't work and instead of changing my room, the staff just opened the bedroom window (letting in the hot air from outside). A very condescending response from the staff. I had a terrible stay and more importantly sleep. Extremely let down.

I sincerely apologize for the deficiencies regarding the room and the air condition that unfortunately caused inconveniences for you. Sorry also to also learn that our service was less than satisfactory. I appreciate your honest critique which will be the basis for discussions within our local team - and a careful evaluation of the root of these problems. Rest assured that we will take necessary measures so that an experience like yours will continue to be the rare exception. On a personal note and on behalf of my team, I would like to ask you to come back once more for an opportunity to prove to you that we can do a much better job. We would be honored to welcome you again. Best regards, Marion Keupp General Manager

Very cozy and clean rooms. Service was very friendly. One downside is the location since you need to walk for 10 mins to get to the nearest train station but walking was such pleasant experience in Munich so it was no problem.

Thank you very much for the great remarks especially on the service. We are very pleased that you rated us highest and are delighted that you enjoyed your stay with us. We hope to see you soon again and that our services will ensure another rewarding and enjoyable visit with us. Best regards, Marion Keupp General Manager

The room was not clean, there are hair in the shower. We were two people but there was just one towel. I think hotel expect from us using one towel for shower and drying our faces. Hygene was bad. And there is nothing in the room, no refrigerator no kettle. It is awkard.

I would like to offer my sincere apologies for the faults and human errors regarding the house-keeping. Please rest assured that I have already looked into this and taken steps - and within my team I will make sure that negative experiences are a rare exception in the future. I feel very bad for the inconveniences you had to deal with. We would love to welcome you back as our guest - also to have a chance to prove to you that we can do much better. Best regards, Marion Keupp General Manager

Service has much room for improvement

I arrived late because of the misinformation I got from the hotel when I called BEFORE I booked the hotel. The hotel was much further from my meeting venue than what I was told. Nevertheless, since I prepaid the room, I hurriedly checked in and left my luggage in my room because I needed to eat at the hotel restaurant before it closes. After the meal, I told the same lady who checked me in within the same hour that I thought I got one bed instead of two beds even though I booked a 2-bed room. She replied that I should have told her immediately when I checked in. How would I know since that my reservation was for 2 beds. I replied that I just hurriedly left my luggage by the door in order to make it to the hotel restaurant on time. She said then that my request for 2 beds was not guaranteed and was at the discretion of the hotel. I countered that I booked specifically a 2-bed room and prepaid it and that the hotel should have st aside the room already since they already were paid. She dismissively said that she has no 2-bed room and to wait until tomorrow when they have more rooms. Then she turned her attention to someone else. So much for their 15-minute service guarantee! I was then asked by a man of Asian heritage how he can help me. I started telling him what the problem was but he had to go to their office midway. At this point, the first front-desk person said that he cannot help me because he was a contractual only. What a thing to say about your co-worker! Resigned to the fact that I had no choice but to wait until the next day. The front-desk manager initially was on the defensive but when she heard all that transpired (or it could be that a line to be served had formed and she wanted to conclude the discussion) she essentially waived the meals I had and gave me complimentary breakfasts. I thanked her for the service recovery. My things were transferred to a different room while I was out. The rest of the stay (5 nights) was uneventful except that a pair of someone else' dirty socks clearly visible underneath a platform between the desk and the bed was in the new room. Housekeeping did not see it when they cleaned the room BEFORE my stuff was transferred. Since Housekeeping was gone already by the time I returned in the early evening, I thought they would take care of it. However, the socks laid there until I checked out. On the last day, my room was not cleaned despite a request to the front desk (I left at noon).

Thank you for your very detailed feedback. I would like to offer my sincere apologies for the problems regarding the check-in and the house-keeping. Please rest assured that I have already looked into this and taken steps - and within my team I will make sure that negative experiences are a rare exception in the future. I feel very bad for the inconveniences you had to deal with. Now I would like to ask you to give us another chance. I very much hope that on your next visit our services will leave you completely satisfied. We would be honored to welcome you back. Best regards, Marion Keupp General Manager 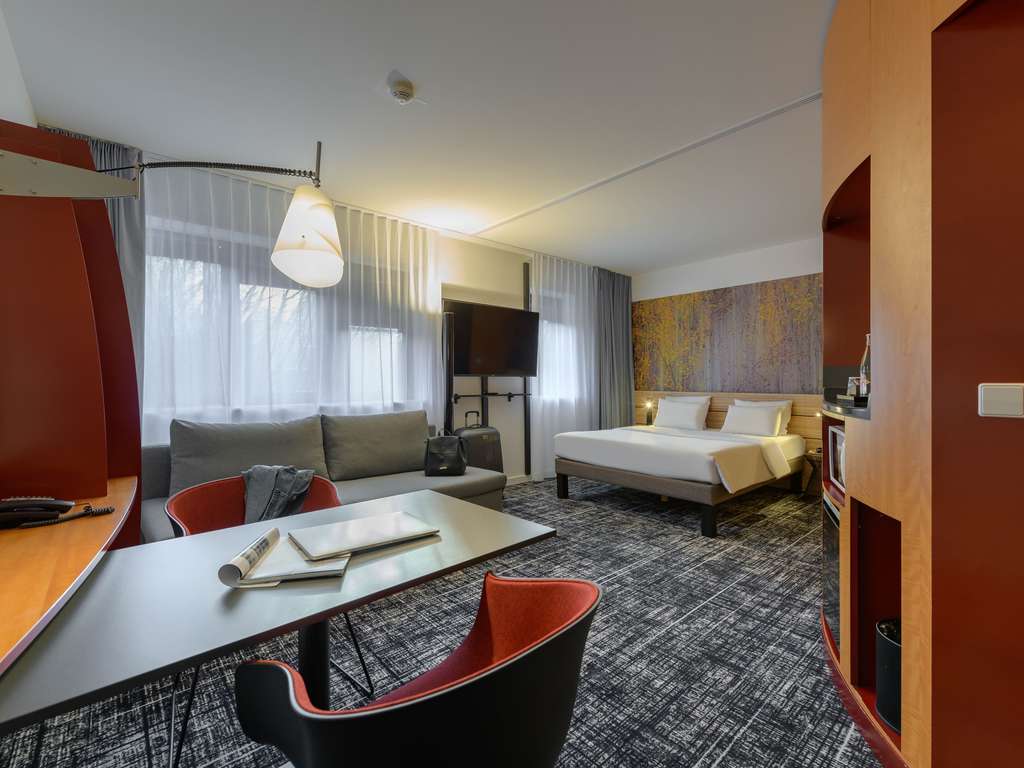 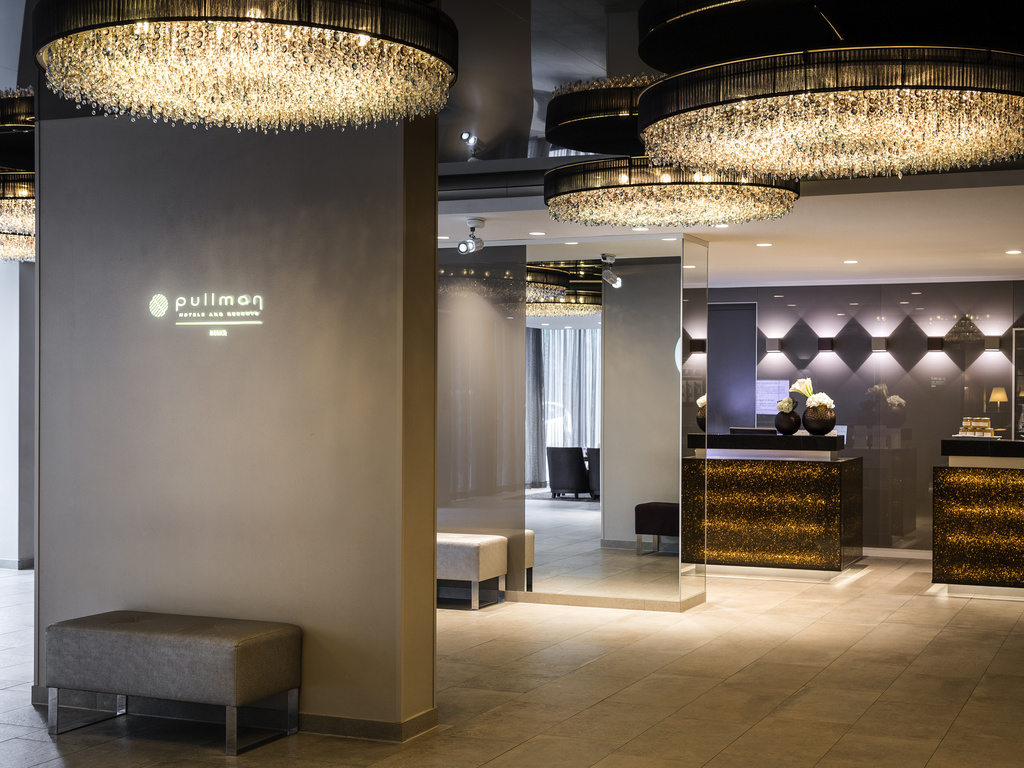 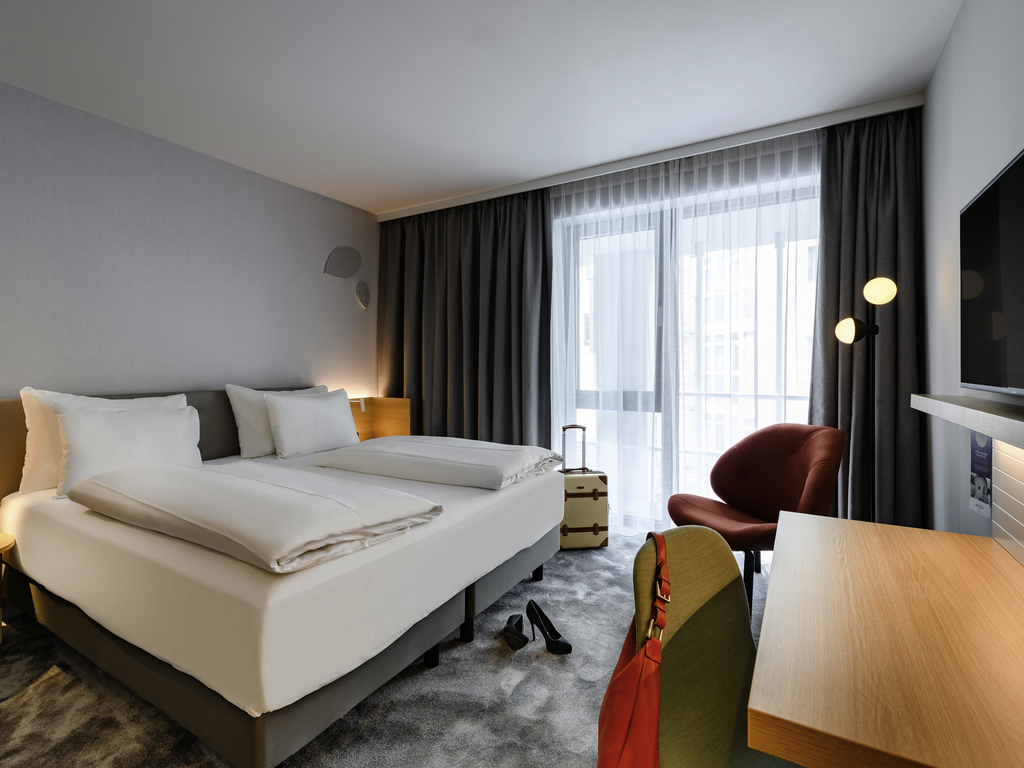