Make Mercure Deauville your Normandy pied-à-terre: everything is on hand for a "guest house" experience that you can re-visit all year round!

In Deauville center, 438 yards from Trouville-Deauville Station and in walking distance of the beach and casino, the 4-star Mercure Deauville Center is ideal for your stay as a couple or with friends. Discover the famous coastal resort during a relaxing weekend or business trip. You'll fall in love with the building's classic Anglo-Norman style and elegant, modern rooms-that may include a balcony/terrace.

Close to the yacht harbor, we offer you a warm welcome, cozy and tastefully renovated rooms, near shops and good restaurants. The main attractions of Deauville, a seaside resort of international fame, awaits you: you can tread the famous boards on the beach, try your luck at the casino, admire listed villas, go to a racetrack, stroll around covered market & luxury boutiques, etc.

Our Dov'team are on hand to make your stay memorable: tread the famous boardwalk, try your luck at the casino, admire listed villas, go to the races, or browse indoor markets and luxury boutiques.

After an invigorating walk along the seafront, relax in our bar "Le Winch" with a cup of tea or a hot chocolate, and make the most of your evening in its lounge-style ambience.

Start your day with breakfast on the hotel terrace, opposite the park. Breakfast starts at 6:30. Immerse yourself in seagull song and discover a wide range of products, starting with the essentials and moving to the specialities of Normandy.

Completely renovated: come discover all our room types from "Classic" to "Duplex" rooms. For even more amenities and facilities, opt for our "Privilege" rooms with a balcony, garden view or harbor view.

We booked the hotel for one night and anticipated an older, traditional hotel but we're surprised to find it's a relative newly built property in a traditional style. Very helpful staff, lovely location and great views from our balcony. Deauville was superb and we'd definitely come back to the Mercure.

Perfect start to our driving holiday… 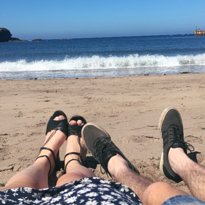 My husband and I began our road trip by sailing over from the UK to Cherborug. We found this beauty of a hotel, as our first stop. A 2 hour drive from Cherbourg, we were greeted by friendly reception staff, who helped us park in their secure car park. The hotel had reserved us a space ready. (Cost €24 per day). They were very speedy on replying to messages. The hotel itself is beautiful. We got a room with a terrace, overlooking the gardens. A 5 minute walk to restaurants & bars. Great atmosphere and was lovely to sit near the water fountain with a drink and dinner. We also walked to the beach front (bar de Soleil was fabulous) which took us about 10-15 minutes. Hotel very clean and quiet. Bed comfortable - we both slept great! A lovey touch with complimentary water, juice & fizzy drink in our mini fridge. A perfect start to our holiday. Just gutted we didn’t stay another night! Would highly recommend. Thank you! 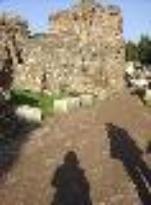 Let’s start with the positives…the rooms were well appointed. The hotel has a nice décor. The location is superb. There is an excellent convenience store/corner in the lobby with drinks, snacks and other amenities. The in-room amenities were very good. The lack of a dedicated drop-off/pick-up zone could be problematic if you aren’t lucky enough to find an open parking spot in front of the hotel. Our biggest disappointment was the very poorly designed and constructed stairs to the second floor of the family duplex room that we booked. The “stair tread” was far too shallow and the anti-slip stickers are not close enough to the edge to be fully functional. The problem with this room is that the showers are upstairs and there are two beds downstairs. So, there’s a lot of traffic going up and down. I fell one day so hard that I had three 20cm bruises on my back torso. I’m lucky that I didn’t do damage to my internal organs or break a rib. They were the worst bruises I’ve had in my adult life. The following day, my ten year-old daughter also slipped on these stairs and hurt herself. Every country and local jurisdiction has its own standards, but these stairs are really quite dangerous. Good luck trying to bring suitcases upstairs. We left ours downstairs and that severely limited the usefulness of that space. I reported the stair issue and while they listened empathetically and said they'd make a report, they didn't offer any type of effort to ease the pain, such as sending flowers, chocolates, or some other nice gesture. A better hotel would have done more than just "make a report." I would stay at this hotel again, but never in a Duplex Room.

This 4* hotel is situated between Deauville and Trouville adjacent to the Deauville marina , which at this time of year was full of yachts etc. The room was a privilege room which meant we enjoyed certain extras. The room itself was of a reasonable size and being a wheelchair user quite accessible in terms of its facilities although you would need to be able to transfer from wheelchair to shower chair which was a bit of a squeeze. The room also had a south east facing balcony and we enjoyed our morning breakfast sitting out and watching the world go by , and also the lovely view of the marina. The room was very well decorated to a high standard and also provided was a small fridge which came in handy on the warmer days. Our room was kept clean and serviced to an exceptionally high standard and the bed was very comfortable resulting in some very goodnights sleep. We did not eat at the hotel as we do not have a substantial breakfast although it's fair to say the dinig room was very popular every morning. In the evenings there is such an overwhelming choice of eateries it was difficult to know where to start. All in all a pleasant stay, the staff were friendly although I have to say the entrance has a step if you have a wheelchair ,however if required a ramp is available. As we did not require a ramp being able to negotiate the step (quite small) we were taken aback by the reluctance of some of the staff to assist in holding the door open- this required my wife to enter obtain the wooden chock to open and keep the door open . One or two individuals did however assist and this would not in itself put us off returning which we hope to do next year. As they say manners maketh man. All in all a lovely staff in an elegant comfortable room centrally located for both Deauville and Trouville. A very enjoyable stay.

n the heart of Deauville

I took the Mercure hotel for its location in the city center, it is close to everything, beautiful room with a beautiful cheerful decoration, exceptional staff who helped me a lot in my organization and for my appointments, excellent bedding and fast and free internet connection

Dear Thank you for your positive feedback. We were delighted to greet you in our establishment and we are glad to know that you enjoyed the professionalism and the passion of our staff. 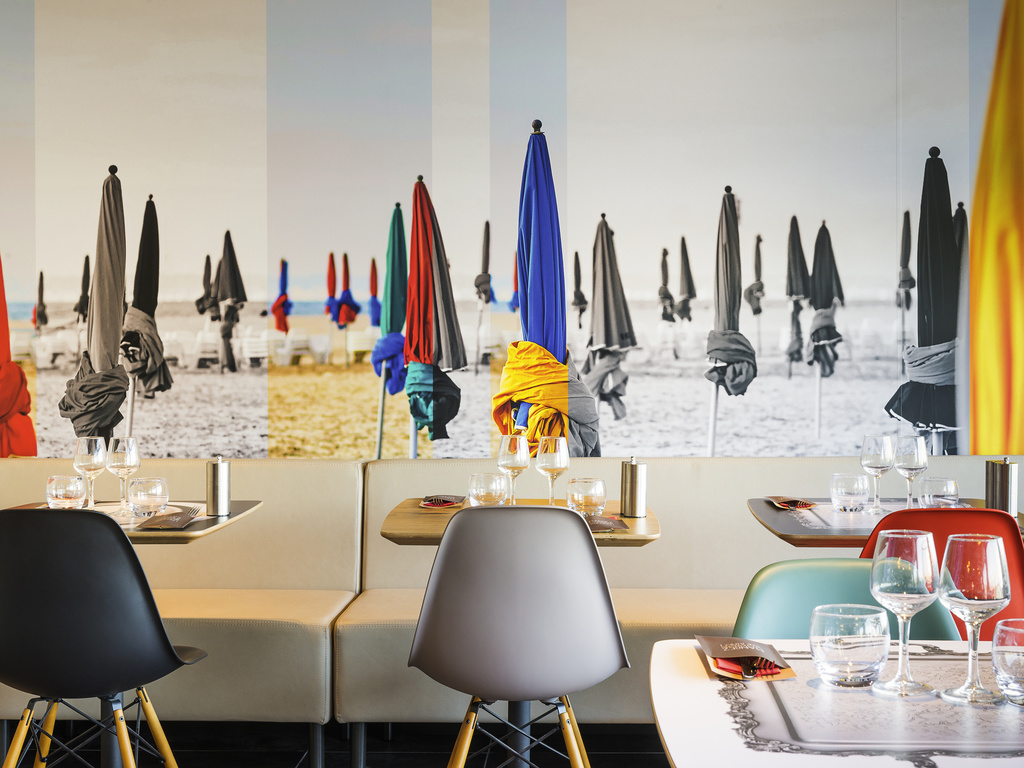 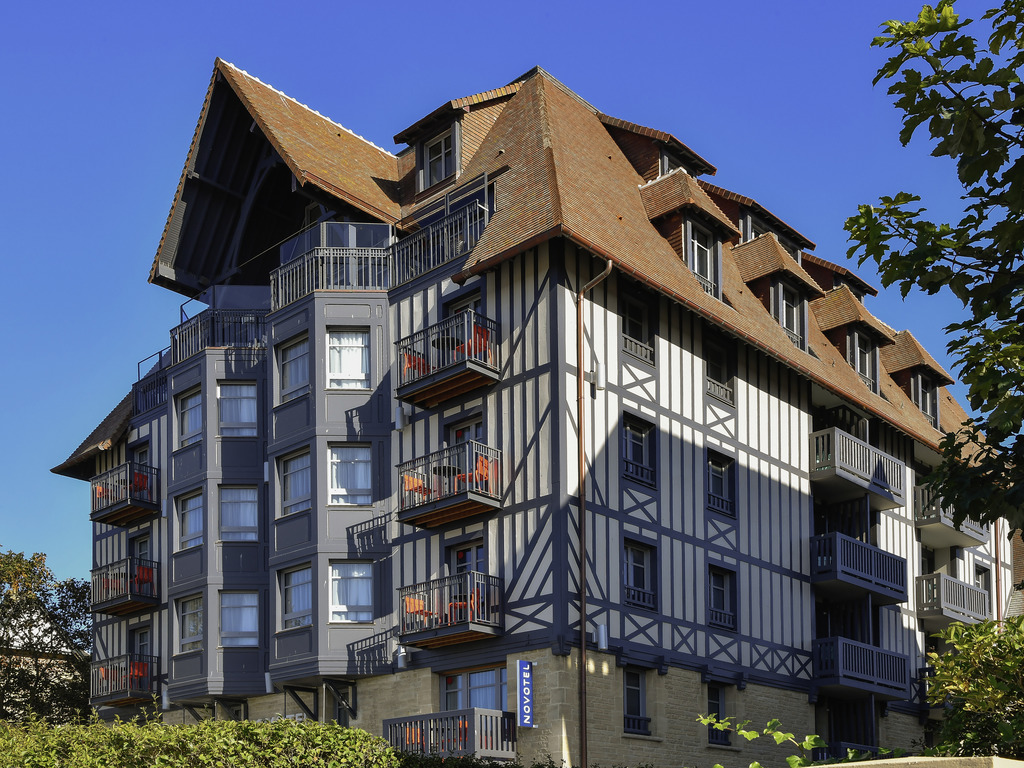 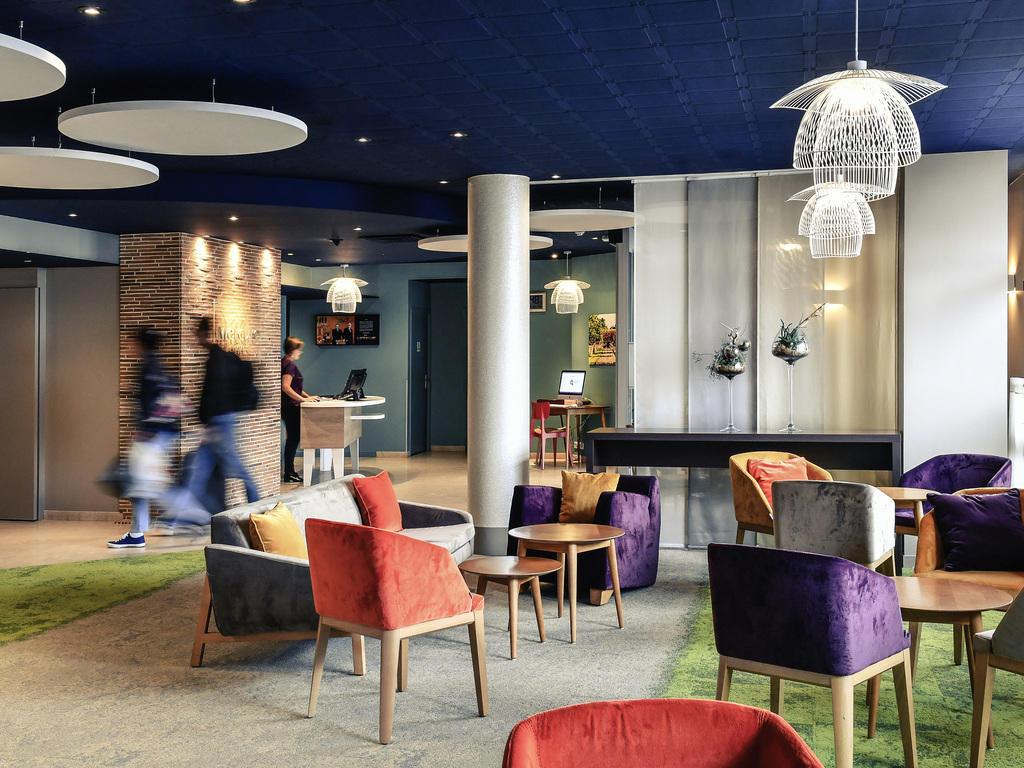