Dubai is a city that has it all, despite being a desert! From soaring sky scrapers to pristine beaches, one is spoilt for choice when it comes to things to see and do in Dubai. Now that the weather is great, it is time to bring out those picnic baskets and spend your days enjoying the great outdoors in Dubai. There are plenty of lush parks sprinkled across the city to cater to everyone; here are some of our favourites:

The busiest park in the city, Zabeel Park draws crowds every day of the week. Get there early on Fridays to grab your favourite spot as the park gets busy on weekends. Located in the heart of the city, close to Old Dubai and right next to DWTC, Zabeel Park has plenty of designated picnic and barbeque areas, kids play areas, jogging spaces and even a large lake you can take a boat ride on. The park is also home to an entertainment zone featuring a 3D cinema and interactive games. Throughout the year many activities and events take place at Zabeel Park from Ripe Market to running events.

Running successfully since the 1980s, Mushrif Park has been a second home to families in Dubai and Sharjah for decades. The large property is not only a park but also has barbeque pits, horse riding, jogging tracks, mini zoo and designated sports areas to enjoy basketball and volleyball. The park also has a public swimming pool you can pay to use. Mushrif Park is popular with families especially during the festive season of Eid as large groups gather to celebrate together. During these occasions a lot of cultural entertainment and activities are organised in the park’s theatre that can hold upto 500 people. Mushrif Park is located close to Al Khawaneej area, easily accessible from Academic City, Al Awir, Mirdif and International City.

One of the newer parks in the city, Al Barsha Pond Park is ideal for the residential hub of Al Barsha. A man-made lake sits at the centre of the park, which also houses a jogging track, basketball court, football pitch and children’s play area. The park is popular amongst joggers and fitness enthusiasts of the area who flood the park during the early hours of the morning.

An old favourite, Creek Park is one of the oldest parks in the city and also the only one to have its own cable car! Located right beside the Dubai Creek, the park is designed with families and children in mind. Two main kid’s attractions at Creek Park include Dubai Dolphinarium and Children’s City. The park has designated picnic and barbeque areas, roller skating and cycling paths.

Safa Park is one of the oldest and used to be one of the most popular parks in Dubai, however due to the construction of the Dubai Canal it has undergone dramatic changes in the past few years. With the last phase of the Canal underway, Safa Park should be up and running in all its glory once again. Some areas of the park currently remain open for runners and joggers who use the pavement that lines the park as well as the jogging track. The park also has a large lake in the middle where you can go for boat rides and feed ducks. 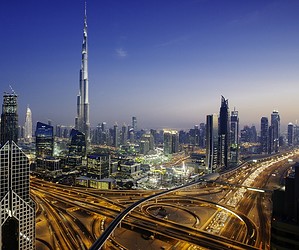 The Best Places to Catch the Sunset in Dubai 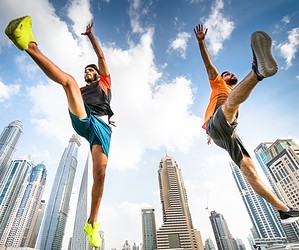 Skating on a wintry ice rink in Chicago

Shopping for some special decoration