Maintenance Notice: Please note, due to essential works being carried out, there will be a temporary water outage on the 30th of November 2022. We apologise for the inconvenience.

We look forward to welcoming you to Peppers Salt Resort & Spa Kingscliff!

Embracing breezy seaside style, Peppers Salt Resort & Spa is the ideal coastal Kingscliff accommodation. Located 20 minutes south of the Gold Coast Airport, check-in to your hotel room, spa suite or apartment and prepare for ultimate relaxation. You'll never be short of things to do, with the lagoon pool, The Spa at Salt, tennis courts and Season restaurant for the most delectable of dining.

Dine at the on-site Season Restaurant, home to gourmet cuisine. Try the region's finest food and wine and a menu that indulges in Italian tradition. The on-site spa encourages guests to relax and treat themselves to some pampering, rejuvenating the body. And the beach-inspired pool with a gradual decline into waters is perfect for relaxing in the cool water at the end of the day.

Season will take you on a culinary journey through our region's finest food trail accompanied by fine wine and good company. The restaurant includes elegant italian furnishings and an intimate atmosphere.

Swim, paddle, float, dip in the tropical swimming pool and lush lagoon pool with its own sandy beach, or throw a towel over your shoulder and wander down to Salt Beach.

The Spa At Salt is a luxury day spa located at Peppers Salt Resort & Spa. This world-class facility helps you to achieve the ultimate relaxation and rejuvenation with its 16 deluxe treatment rooms.

Set on the picturesque coastline of Northern New South Wales, Peppers Salt Resort & Spa is a romantic sanctuary, a luxurious resort with a seaside location that is an idyllic wedding venue.

Metres from the grass fringed sands of Salt Beach lies Peppers Salt Resort & Spa, offering 2 distinct types of accommodation for guests: Hotel Rooms, Apartments and Bale Rooms. Our Hotel Rooms and Apartments are for lovers of tasteful design and décor. Ranging from 1 to 3 Bedrooms in size, they epitomise contemporary, stylish living. Our Bale Rooms also offer 1 to 3 Bedrooms and are set apart from the rest of the resort. They combine larger than normal room sizes with exquisite, hand-picked furnishings.

Stayed at Balé (two bed villa) it was excellent. Peppers and Bale are well located and have great access to restaurants, beaches, bars, watersports etc all the ingredients of a good holiday! Kingscliff is really nice as is Cabarita. Kayaking and paddle boarding at Kingscliff were awesome. 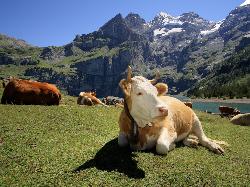 A great 5 days. Family of 9 had two suites each of which had two BR and two bathrooms. Sizeable living space and well equipped kitchen in each. Generous decks. Two pools including a nice small one. Dinner by the big pool was very chilled with nIce menu and ok prices. Staff a bit harassed given time of year but friendly. Many restaurants across the road in the Salt village. Lovely beach although surf pretty rough. Breakfast was underwhelming and expensive. Location overall is superb - so chilled compared the nearby Gold Coast. A great experience and we’ll be back next year.

We booked thru Agoda to stay at Peppers on 5/01. After booking we were advised that the event we were attending in the area was in fact on 12/01. I called Peppers to ask if the date could be switched to 12/01 but was advised the change must be implemented via Agoda, and was provided with Agoda's phone. I tried to call them numerous times but-there was so much static on the line I couldn't understand what the operator was saying. I emailed Agoda who replied with some crap msg which I could not respond to because the confirmation number I was provided by Agoda was "invalid". In desperation my husband emailed the General Manager of Peppers this morning requesting the reservation date be moved to the following week to 12/01. (Note the $670 nightly rate had already been deducted from our account.) The General Manager did not respond which indicates, even if he didn't personally see our email, surely he has a deputy who could have responded. CONCLUSION: Peppers at Kingscliff do not value its guests, it is only interested in revenue generated by guests. I won't stay at Peppers Kingscliff again, nor any other Peppers properties. BEWARE!

Good stay in nice quiet location. If you have teens they could get bored as there is not much activities around the hotel. Rooms have all the necessities and overall this is a nice place to chillax. If you’re staying for a week or so, there are no drawers to pack away clothes and the daily room service was not that great. Overall not a bad place to stay

Could be a Nice Resort

After spending 5 nights at Peppers, overall we enjoyed our holiday but couldn’t help but feel that value for money was coming into question. Whilst the resort and location were really good, it seems that anyone from Mantra (and surrounding areas) can use the pool as there is no security on the gates and no one monitoring. In watching all the Mantra customers walking over to use the Peppers pool from our balcony that over looked the driveway, I felt that we were subsidising all the non Peppers holiday makers whilst having a dreadful outlook. Not great value for money! Peppers also ran out of towels and had limited pool side chairs based on the many ppl visiting. Not a hard problem to solve given my comments above! Pros: -Great pool with nice food/drink service. -Friendly staff -Great location being close to beach with a good selection of restaurants Cons: Pool: - ppl reserving chairs and using portable speakers to the annoyance of everyone else Rooms: - no one should have a room facing the resort entrance/driveway for $1000/night - pool is a “free for all”for anyone in the area 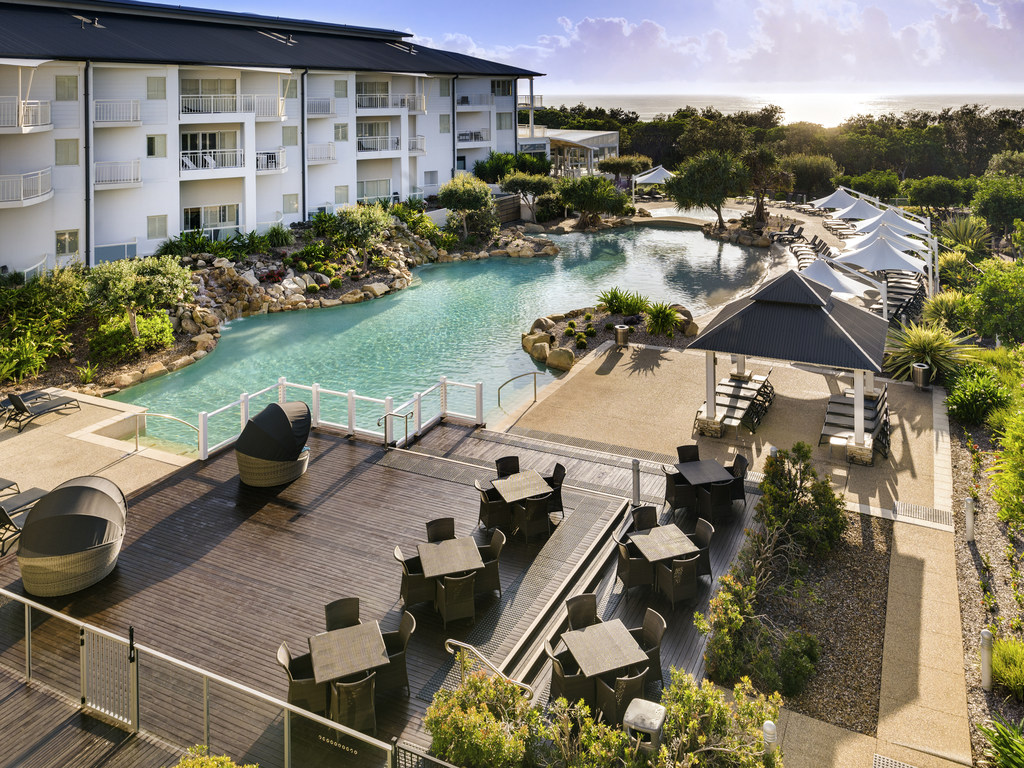 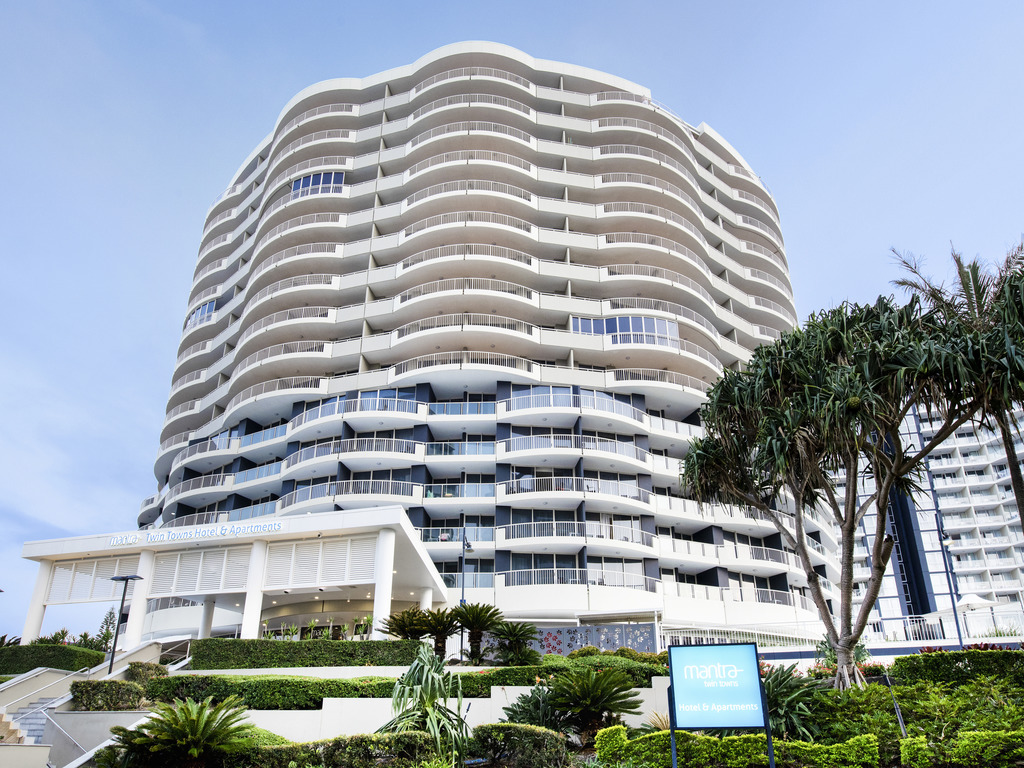 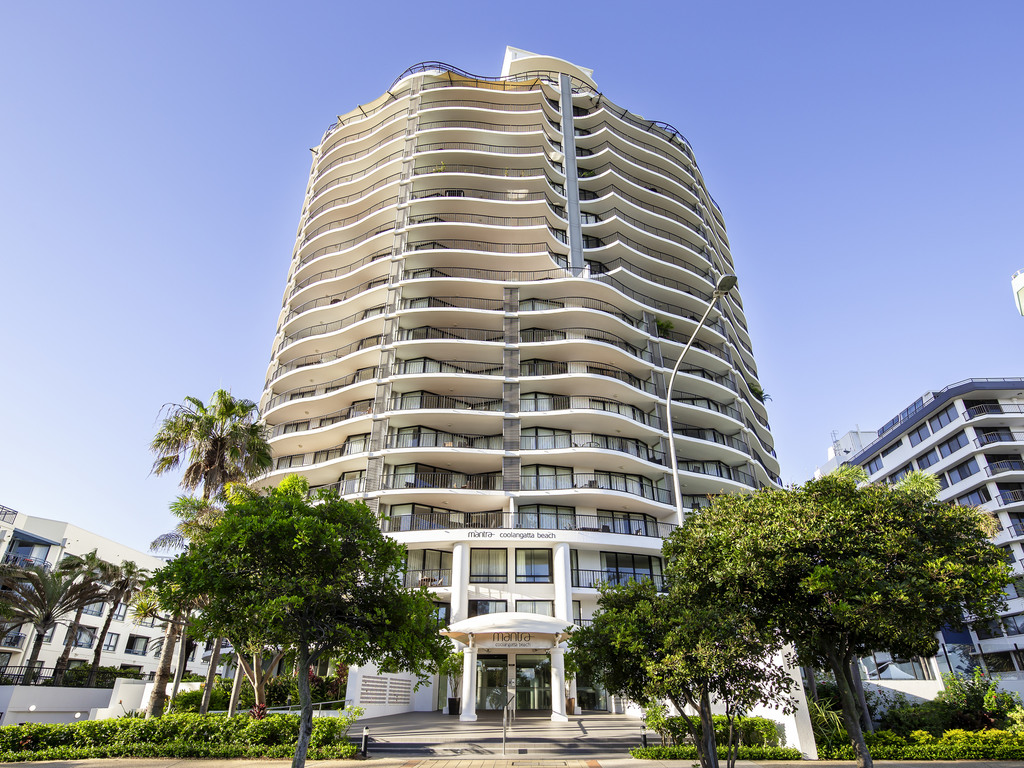