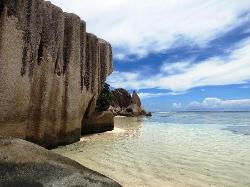 Facilities are exactly what you expect from an Ibis, just the basics. Although the room was super clean, staff at the counter was really rude, lashing out that my national ID doesn't work and that I won't be allowed to stay at the hotel, if I don't show them my passport and visa. Just when I was about to leave, the manager came and asked me to email the day after, a copy of my passport and email. In Colombia I've never had this kind of issue before. In the Andean Community I have only used my home national citizenship card to get into the member countries. In fact, there's an agreement signed on June 2001, that I'd like to mention in here, so that the Ibis in Colombia is aware of: "Under the terms and conditions of this Decision, the citizens of any Member Country may be admitted to and enter any other Member Country as tourists merely by presenting one of the national identification documents that is valid and in effect in the issuing country, without need for a consular visa"

Dear Guest, Thank you very much for letting us know your comments. Indeed we as a hotel, we require a legal document, in your case you present your ID from Ecuador, but did not have a document of migration Colombia where it indicated the entry to the country. Every foreigner must have it, whether it enters with passport or with an ID of the Andean Community, since it allows us to load the information to the migration platform Colombia. Again thank you for your comments.