Locked out at midnight

The room was nice, clean. I went out for dinner and found that the door was locked and no one was at the door. ringing the bell did not get a response. It took several minutes for someone to arrive and open the door. The Gare du Nord area is not the best and I felt particularly vulnerable standing on the street at midnight

Dear scassidy2021, Thank you for taking the time to tell us about your experience at the Hôtel Mercure Paris Gare du Nord La Fayette. I am sorry that your experience did not meet your expectations; please allow me to express my sincerest apologies. At Mercure, we strive to provide a superior service experience for every customer; therefore your feedback is very important to us. Please rest assured that we are taking the appropriate measures to address the problem and prevent future occurrence. We appreciate your sharing your concerns, and it is our hope that you will give us the opportunity to better serve you in the near future. Sincerely, Laura, receptionnist.
お客さまの声 4.0/5

A basic/ stylish room to stay if traveling in/out of Gare de Nord. Staff was great and accommodating. They have room service and breakfast. Short walk with luggage to the station. We traveled by train from the Netherlands to Gare de Nord. Then took the RER to CDG the next morning.

The location to Gare de Nord station was good. The hotel overall was nice, rooms were nice and compact. Our only comment was the reception. The receptionists were not very friendly and seemed to be pre-occupied with our things. The welcome was not very good.

The most horrible stay ever in an Accor hotel!

This is my worst experience in an hotel. The location is horrible, the view over the rail ways a disaster. The noise in and out the hotel is unbearable. The uneducated employees just open the door whenever they want to undertake house keeping. Choose another hotel.

This hotel used to be pretty decent but has dropped in standard and there are many better options for the same cost or cheaper. The air con broke and sounded like a freight train, I couldn’t get hold of anyone so at 4am was down in reception. Finally managed to reach someone at 6.30am when they moved me to another room - a twin. The water stopped mid shower, when I mentioned at check out they casually said there was a leak which was being repaired - maybe a call to advise against showering? Location is great for the station but that’s about it.

On arrival it was noted that the reception was exceptionally hot with the only method of cooling the entire area being a single fan behind the desk.We were informed that a water pipe had burst hence the the lobby have the appearance of a building site. The first room we were given had faulty air conditioning,the second room was moderately better but the damp smell which was obvious throughout the hotel was present in the room. The last straw was the lack of hot water in the shower.The next day we moved to The Mercure at Gard du Lyon which your records will confirm,this proved an expensive Paris weekend due to having paid for the Saturday and Sunday nights at both hotels. We visit Paris frequently and I also use Mercure in other destinations for business.I will be consirdering other providers in future.

Very disappointing stay. Book this hotel for its location between Gare du Nord and Gare de l'est train stations in Paris, and the fact it was a 3 star property run by Accor that stated it had "air conditioning." With global warming this is an important feature for me when I travel. Upon arrival it was obvious this hotel had seen better days. The lobby was super hot, and there was some sort of fan in place that seemed to be trying to dry out the upper floors due to some sort of water main break. Maybe it was related to an air condition condenser, because not only was the lobby hot, but all the rooms where without air conditioning too. Nothing was ever explained to us of what had happened, or any type of apology for not providing the amenity of air conditioning in the rooms as advertised. A fan was provided in the room, and luckily we faced away from the street so we could open the windows at night to cool down or else the stay would have been completely miserable. The disappointment was not just related to the air conditioning, but the overall condition of the hotel and rooms. We stayed with another couple, who had to move rooms do to a terrible musty smell in the room. The carpets and drapery are frayed in the hallways and rooms, and the condition of the rooms are very run down. In no way is this a 3 star experience - I have been in Ibis Budget hotels that were MUCH nicer than the Mercure hotel. Because the Gare du Nord it a bit of a rough area, we could not get in the lobby without the desk clerk opening the door for us - which was super frustrating as ofter the desk clerk was not there, and ringing the bill to get someone's attention did not result in immediate service. When the desk clerk showed up they sometimes would be apologetic about the delay saying they were on a different floor attending to something, and sometimes offered no reason why they were not at the desk as expected. Our rate included breakfast, and I can say that was the best experience here. The food selections were plentiful, and of good quality. I really hate to give such a negative review, but I will never stay at this hotel again, and would encourage other travelers to stay away and check out the many other options in this area.

Very "compact" hotel similar to what you might expect from an Ibis elsewhere. I didn't feel that I got recognition for my gold status with Accor, or any "service" or assistance from the reception staff. Room was adequate but nothing special. From my experience in Paris, this is not unusual, so with lower expectations of size, quality and service typical of Paris, it met expectations but certainly didn't exceed them. 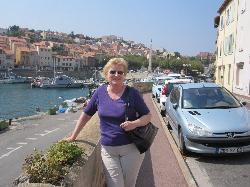 This hotel is ideal if you arriving in Paris by Eurostar as we did. It is literally just round the corner from the Gare du Nord. It is in an old Parisien building so the rooms are not large. However, our room was really well decorated and fitted out. The well appointed shower room was great, but the only thing we didn't like were the heavy glass wall/doors which were also semi-opaque! The breakfast was really good and served in a very nice breakfast room. Staff were friendly and welcoming. Although our room looked on to Rue Lafayette and the Gare de l'Est, the double glazed windows and excellent air conditioning meant this was not a problem.

Dear InezEdinburgh, We very much appreciate your comments regarding your stay at the Hôtel Mercure Paris Gare du Nord La Fayette. It is always a pleasure to receive positive feedback. I will share your comments with our team. I am sure that this feedback will serve as an encouragement to all of our staff as we strive to continuously improve the quality of our services. Thank you again for sharing your experience, and we hope your next visit in Paris, Warm regards, Rossella A. - DM

Dear Mr T., Many thanks for letting us your feedback about your stay in Mercure Gare du Nord La Fayette and we are sorry you did not appreciate our lovely team and our hotel. Our staff is often busy with our meeting rooms that are located nearby our entrance, ze really apolize for the inconvenience during your departure. Hope to see you and satisfy you, Best regards Rossella A. - DM

Excellent location in the heart of Paris close to Gare du Nord. Warm and pleasant breakfast. Reception is friendly and welcome nicely. Most of the food stated in the menu was not available: a weakness that need to be addressed.

Dear Guide38698527059, We thank you for your contribution on this site after your stay at Mercure Gare du Nord Lafayette. We are delighted to see that you appreciated your journey in our hotel as well as our staff, for whom your satisfaction is the biggest reward. We took note indicated about food menu and are going to remedy it as soon as possible. We hope to have the opportunity to welcome you again during a next trip in Paris. Warm regards, Rossella A. - DM
お客さまの声 4.0/5

Dear YH, Many thanks for commenting our hotel about your stay with us. We are glad to read you enjoyed it. Your satisfaction is a great reward for all the team. Hope to see you soon, Rossella A. - DM

My room air conditioner was not working. It was so hot I was sweating. The desk clerk looked up my room and commented that their was a problem with the cooling. He did give me another room that the air worked but the vents were missing. I was very confused and disappointed that Mercure knew of the problem with the room but assigned it to me anyway. The desk clerk just smiled and said "yes we know there is a problem". No comfort to me to have to make 4 trips moving my things 2 floors. Not up to Mercure standards or even close. I would avoid

Dear Douglasf309, we thank you for sharing your feedback after your stay at Mercure Gare du Nord Lafayette. We are really sorry about the incovenience had during your stay, in particular about AC. At Mercure, we strive to provide a superior service experience for every customer; therefore your feedback is very important to us. Please rest assured that we are taking the appropriate measures to address the problem and prevent future occurrence. We appreciate your sharing your concerns, and it is our hope that you will give us the opportunity to better serve you in the near future. Sincerely, Rossella A. - DM

Aircon hardly works, The location isn’t the best, but it’s easy to get around with the metro being right by. Had to wait outside when coming back at night, hotel staff have to be at the desk to let you back in. Hotel staff were all friendly and helpful.

Dear A7510MIpaul, Thank you for taking the time to tell us about your experience at the Hôtel Mercure Paris Gare du Nord La Fayette. I am sorry that your experience did not meet your expectations; please allow me to express my sincerest apologies. Your feedback is important us and we thank you to share your feedback. Sincerely, Rossella A / FOM

This was our second visit to this hotel as it is ideally situated for both the centre of Paris and the Eurostar at Gare Nord. Like last time we found the staff friendly and helpful. The room was clean and tidy and had everything we possibly needed for a comfortable stay. Would not hesitate in booking this hotel again.