Newly renovated hotel. Even though there was a reconstruction on the main street we were not disturbed at all. The room was facing the inner garden which was very well maintained. The front desk personal was more than friendly and accommodating!Easy access to the center of Cannes via city transport.

Dear guest, Thank you so much for your beautiful comment and note. Our team work very hard to give you the most confortable and nice stay. The reconstrucion on the main street as finished and our town it's very beautiful now. We hope you can to come once again to see the end of the works. See you soon! J.F.BOUCHÉ/Directeur

Seems like all the staff are working as a team from top to bottom, very convenient location to everything, most of the buses are just at the door step, Fresh food in the breakfast with good variety. I would definitely come back if I'm passing by, Keep it up! good luck !

This is a good location for accessing Cannes. As close to the beach as you can get in Cannes. Nice shore road walk to the center of the city. Freindly staff, some speak English. Nicely appointed rooms that are well maintained. If you are coming by car, arrange parking when you make the reservation. Gated lot has limited room. Rooms facing main street have balconies, but can be noisy with door open. 24hr bar and room service available with nice selections. There are many small resturants in the area, pricing lower than in Cannes. Overall a good bargin. Highly recommend it.

Dear William, Thank you so much for your comment, that's really important for our constant improvement. I'm really happy to know that most part of our services were at the level expeted. I'm sure my team will also be glad with your return. We're looking forward to welcoming you again. J.F.BOUCHÉ/General Manager

Facilities are basic as with most budget hotels, but the hotel is clean, the staff are extremely friendly and helpful and the breakfast is excellent for the money. Situated around a 10 minute drive from Cannes, it is ideally situated to access Cannes itself.

Dear Guest, Thank you so much for your gentle return. We're happy to know that most of our services have pleased you. We hope to see you again in our establishment. Best regards, J.F.BOUCHÉ/ Manager

I have used this hotel many times and the manager and his staff are some the the friendliest people i have come across in the hotel industry. The hotel itself is rather well used and in need of a spruce up. The location is excellent within a few minutes of the beach and a few restaurants.

I thought this was a decent hotel. When I arrived I was given room 803 which was obviously a smoking room. I got disgusted by the smell. The receptionist told me that even though it was a non smoking room, people end up doing what they want. He added that all rooms will be the same, something I didn't want to believe. My plan was to stay 5 nights and no way would I agree to be in a smoking room. I arrived after a long trip, and booked long in advance. I told the receptionist to find something else. He came up with room 801 which had no smoke smell. So evidently they do have non smoking rooms where people respect the non smoking status. But room 801 is near the elevator and the elevator is noisy. I didn't want to fuss about it, but it's really disturbing to hear a loud noise a thousand times during the night. The room is quite big, but I really dislike those bathrooms without proper soap, shampoo etc. They give you this big container with a soap that is also used as shampoo. I found it difficult to use. The bathroom had mildew all over the tub and tiles and wasn't very clean. At this price, there is no coffee in the room, and if you want breakfast it's 10 euros, but breakfast is good. I stayed 2 days at regular rate and I got billed 40 euros more for weekend, so the weekend I paid 109 euros. They consider the weekend to be 3 days I guess since I got billed 109 for 3 days. It's too much. Yes, it's close to the sea, but the rooms are old and frankly, during mid November the weekend rate is too high. Incidentally the receptionist who greeted me when I first arrived wasn't pleasant at all and that gives a chill after a long trip. They had a computer terminal in the hall to be used by guests, but that didn't work and wasn't fixed the whole time I was there. I will not use this hotel again.

Actually, I am thinking I shouldn't title it as such because then other people will know about it. We highly recommend the ibis Cannes Plage La Bocca. The room was clean, the bed was comfortable, we had a gorgeous view and could sleep with the balcony doors open to the sound of France 24 hours a day. We got more than what we had expected which was a delight since the previous year, we paid for a "residence hotel" which wasn't legal, never existed and we could never get out money back. We were very happy with the fulfilled expectations of Accor. Our French is not the best so we were very happy that they could speak English as were many of the Americans that stayed there. We had read that the bus was close. It was a dream. Literally one building to the left and across the street when coming back. As for the train, we didn't find it and I suggest a bus ride into town to catch the train from Cannes itself. We are planning to stay again with Accor hotels and Ibis on our next trip back to Cannes. We handle a multimedia business and have never worked with or for Accor, nor has anyone in our family. Our family has grown up in the service business for the past century and when you receive good or bad service you commend the business or personnel. Thank you for great stay.

We very much appreciate your comments regarding your stay at the Ibis Cannes Plage La Bocca. It is always a pleasure to receive positive feedback. I will share your comments with our team. I am sure that this feedback will serve as an encouragement to all of our staff as we strive to continuously improve the quality of our services. Thank you again for sharing your experience, and we hope your next visit will be as pleasant as the previous one. Sincerely, J.F. BOUCHÉ Manager

Spacious and well-equipped family room offered us an oasis next to Cannes beach! All holiday needs easily satisfied, very friendly staff available at any time. Highly recommended for any Riviera voyagers!

A happy stay in Cannes!

The room was very comfortable and quiet, despite it being beside the main street. Breakfast was splendid. The staff were courteous at all times, and the hotel is in a very good location. If I returned to Cannes I'd come back here.

We stayed in a basic double room and found the facilities excellent. The air conditioning made for a refreshing night's sleep and the shower was very powerful. The staff were friendly and helpful. Breakfast was tasty with plenty of choice. The location was close to the beach.

A bit of a deception 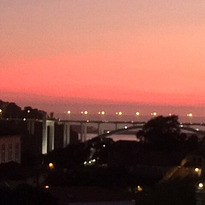 First, when you get to your room, as you leave the lift you may feel claustrophobic given the narrowness of the corridor. Now, picture yourself going to bed and finding an uncovered duvet with a bed sheet on top of it. The next day we found the duvet had been covered, and apparently everything was normal. Not quite, though: there was not a sheet covering the mattress as one would expect, but two! In addition, the bathroom was never properly cleaned. So, the truly great thing bout this stay was the beach. The location is acceptable, close to restaurants and other amenities. At the reception the staff was always nice. 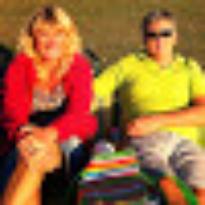 We stayed here for a week. The hotel fulfilled our expectations , well priced and location close to the beach. The room had aircondition. Nice staff. Would absolutly go there again. Parkng was availble as additional service.

Fantastic service. Staff were so friendly and helpful. Rooms were nice and cleaned well. great location with buses very handy to get into main centre. Enjoyed our stay and would recommend it to anyone.