The beauties of the Marvelous City are so many that they even win the hearts of movie producers. Among the great productions filmed in the tourist attractions of Rio, highlight the classic film 007 Against the Rocket of Death, 1979. In the plot, secret agent James Bond arrives in Brazil for an epic fight with his arch-enemy Jaw, above from Sugar Loaf's cable car. The postcard of the capital of Rio de Janeiro follows to the hill of Urca. Whether inside the cable car or above the mountains, the scenery is spectacular: Rio de Janeiro in 360 degrees and 400 meters high.

Park Lage in the film The Mercenaries (2010)

At the Corcovado, 52 hectares of the Park Lage mixes charms of nature with great architecture. They are planned gardens, forests, a mid-19th-century aquarium and the great mansion built in 1927. With lots of space for walks, it is a cinematic set that caught the attention of the directors of The Mercenaries. Shooted in 2010 under the direction of Sylvester Stallone, the film tells the story of a group of mercenaries going to a South American country. Although they didn’t mention Rio de Janeiro in the film, the filming was there - mainly in the Lage Park. The place has already been a scene of the film of the music video Beautiful by the rapper Snoop Dogg.

The Twilight saga also starred in nice scenarios from Rio. In the film, a couple of protagonists Bella (Kristen Stewart) and Edward (Robert Pattinson) spend the honeymoon in Brazil. The chosen landscapes? Bohemia Lapa and the waves of Marina da Glória. On the outskirts of the historic building of forty-two arches, the district of Lapa offers numerous bars and restaurants with varied music, beer, and good gastronomy. In Marina, besides the nautical service, there are restaurants, shops, and a pretty landscape. Still, in the state of Rio de Janeiro, the city of Paraty was the set, which shook Brazilian fans who follow the stories of the romantic couple of vampires and their adventures.

Recognized throughout the world for the beauty of its landscapes, Copacabana appears in the renowned Brazilian drama Cidade de Deus. Filmed in 2002, the film was nominated to four Academy Award® categories and received excellent reviews from experts. The story takes place in Rio de Janeiro, between the 60s and 80s. With scenes set in the complex with the same name, there are scenes involving a mix between urban landscapes and the splendor of the beautiful beaches of Rio. They are small records near the more than 72km of coast of Rio de Janeiro. Perfect for all tastes, they bring the a combination of sand and sea with the beauty of hills and buildings, with full borders with restaurants, bars, shops, and kiosks.

Christ the Redeemer, Brazil's most famous tourist spot, appears in computerized landscapes in the animated film Rio, which shows all the beauties of the city. The film tells the story of a Brazilian blue macaw, which goes to the United States and then returns to Brazil, passing through Rio de Janeiro. Both in animation and in real life one thing is fact: the view of the city from the top is gorgeous! The tour can be done by local train, through specialized vans or even on your own.

Our hotels in Rio de Janeiro 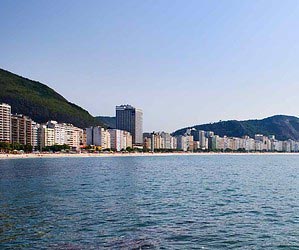 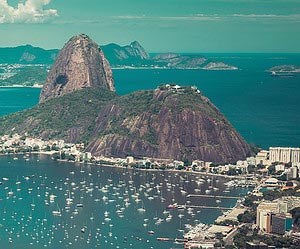 Being love birds in Marrakesh