From the ancient temples of Angkor Wat in Cambodia to the Pyramids of Giza in Egypt, there are plenty of recognisable world wonders we would all like to cross off our bucket list. But what about all the remarkable landmarks of the modern world that make up our skylines. Here is our list of top 5 favourite landmarks around the world that truly showcase our generation and contemporary achievements.

The dazzling Sands SkyPark Observation Deck is one of the icons of modern day Singapore. Sitting atop the stunning Marina Bay, designer Moshe Safdie claims the project was inspired by a deck of cards. The observation deck provides visitors with spectacular panoramic views across the bay area and is suspended 200m in the air, complete with a garden, observation deck and an infinity pool. The landmark opened in 2011 and is one of the many tallest structures in the country.

One of the iconic symbols of Shanghai’s skyline is the illuminating Shanghai Tower – the tallest building in China. Standing over 630 meters tall, this tower holds the world record for the fastest elevator that operates at a speed of 20.5 meters per second and the world’s highest observation deck that offers visitors sweeping views of the Bund and the Shanghai cityscape. The tower’s unique design enables it to withstand the effects of the Typhoon-force winds quite common in Shanghai.

Also known as the Millennium Wheel, the London Eye is a giant Ferris wheel that sits on the South Bank of the River Thames in London. The London Eye is Europe’s tallest Ferris wheel and the full structure stands at 135m tall. The actual wheel has a diameter of 120m and is made up of 32 capsules that can carry up to 25 passengers each. The capsules are said to represent London’s boroughs and one complete turn of the wheel takes 30 minutes. The attraction is popular among tourists and locals alike, with its fantastic views of the whole city and is a popular spot for New Year’s Eve celebrations.

Popularly identified as the Malaysian Twin Towers, the Petronas Towers is the most renowned landmark in the Kuala Lampur. Standing at 452m, the structure beautifies the capital’s skyline by day and illuminates it in the evening. Experience a digital and innovative journey with the interactive displays as you go up to the 86th floor. Due to its high popularity, the entry maximum per day is limited to just under 2000 people, thus be sure to book in advance to visit this world attraction.

Soaring at over 828m, the Burj Khalifa in Dubai is the tallest structure in the world. One can spot the tower from almost any corner or the city. The Burj Khalifa was opened to the world in 2009 and is named after the President of the United Arab Emirates, Sheikh Khalifa bin Zayed al-Nahyan. In addition to being the tallest building in the world, other records the building holds include highest number of stories, highest outdoor observation deck and tallest service elevator in the world among others. What makes the Burj Khalifa an architectural marvel is its unique design that blends contemporary material and vision with traditional Islamic spiral patterns. The Burj Khalifa is a prominent figure on the skyline of Dubai and overlooks the magnificent Dubai Fountains and luxurious Dubai Mall. 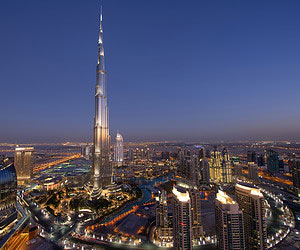 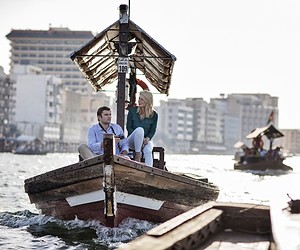 With our infographic discover what Lausanne has to offer! Didyou know?

Discover the November full moon festivals of Cambodia, Thailand and Myanmar with us! 1 week