It was a convenient location for visiting Paris without having to drive around the city . Public transport was good . Was also able to park the car safely in the hotel's underground car park . A bit expensive though for parking . The hotel was a bit difficult to find & road signs were non-existent since there seemed to be a lot of roadworks going on . However, I would stay there again if visiting Paris in the future .

As adequate as expected 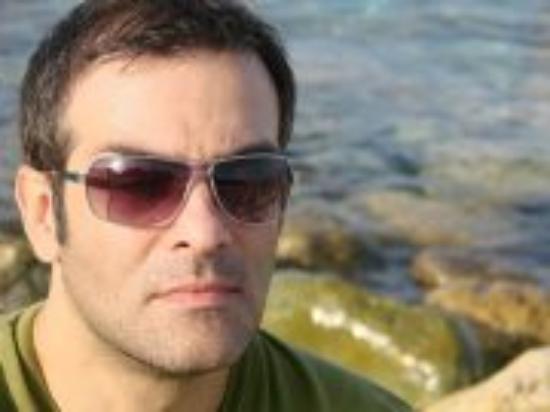 A very nice and affordable stay, rich and lovely breakfast and very kind employees. A little farther from Metro but in walkable distance... Rooms were always found clean and tidy... Higly recommend (much more preferable than nearby AirBNBs)

Good value for money for a hotel in Paris if you are someone who wants to explore the city and just need a good place to sleep and have a shower. It’s around 15 min walk from the nearest metro station, where you also find 2 good supermarkets.

Price / quality ratio is outstanding. Thank you IBIS budget hotel. The location is ok as we used the subway as main transportation method. We had a great stay and the staff was outstanding and kind! Surely we will come back one day

courteous welcome at the reception, clean rooms, buffet style breakfast good, room services good, location not very far connect to the metro. Overall pleased with the package as the hotel is good value for money.

The hotel was clean and warm, the staff were polite, helpful and very courteous. I am looking forward to returning to Paris and this is the hotel I will stay at again. Plenty of restaurants and cafes in the immediate area around the hotel.

I chose the hotel without any background checking and it turn out to be very good choice. The only regret is altough it was september the weather was quite cold. Room was clean and tidy. like the shower very much too

A good value for money for those who want to explore Paris without spending too much money.

The rooms are small but they are clean and equipped with necessary facilities. Staff is kind, helpful and easy to communicate. The nearest metro is around 10 minute walk from the hotel. Good value for money.

Dear customer, We are happy to hear that you enjoyed your stay in our hotel. Our staff is striving daily to welcome our customers the best way possible, and we are glad you noticed it. We hope that you will choose to stay in out hotel next time you want to visit Paris. Kind regards, Management.

Great budget Hotel, easy to find, park and travel to the centre of Paris from here. Reception staff were really helpful with information on travelling to the Fanzone by the Eiffel Tower, which metro to take, directions to the nearest metro station and supplying me with hotel address on precut card incase anyone got lost.

Dear Victoria, We wanted to thank you for taking a few minutes to review our hotel. The whole team at the Ibis Budget Paris Porte West Italy is pleased that your stay went well . Pending welcoming you and we wish you a good day. Best regards, The manager

The room was good, the staff wasn't very friedly and helpful. Smoking was allowed inside, "quiet motel feeling". Breakfast 5+(Without any meat) The room was cleaned every day, clean towels and showegel

Dear Customer, A big thank you for your comment, I trace my staff feedback. IBIS BUDGET hotels are economic hotels and you do not have meat for breakfast. If we have rooms for smokers is to have rooms that do not smell like smoke when customers want non smoking rooms. My team and I are very sensitive to your comment because we attach great importance to the feedback of users. Pending welcoming you, we wish you a good day. Yours. The direction

We stayed here for three days whilst we visited Paris. It is very close to the Peripherique so doesn't involve driving within Paris, which was part of the attraction. One thing to note, though, is that the sat nav got a bit confused and, in our driving around the local streets we spotted another Ibis Budget - the Porte d'Italie Est and mistakenly tried to check in there. Both hotels could do with signs on the outside saying which they are to avoid this! It is basic, but perfectly fine. The receptionist the night we arrived was wonderful - I think his name was Anwar - and I saw him dealing simultaneously with queries in Italian and French, and then he spoke impeccable English with us. I believe he also speaks Japanese and German! He was really helpful. The rooms were clean but the drain in our shower smelt when it hadn't been used for a few hours. Also, the bunk beds (which we were using as there were 6 of us sharing two rooms) were not made by the cleaning staff, who did remake the double beds each day. The breakfast was as expected for Ibis Budget - plentiful - but the coffee at this hotel was rather weak for some reason. The situation was good and we were not troubled by noise as I see other travellers have been - but we used the air conditioning rather than open the window and this was absolutely fine. The hotel could do with a repaint - beginning to look a little shabby - but, for the price, we had no complaints. The position was good - half a mile to the metro and straight in to the centre. A small supermarket nearby and we had a lovely meal at a bistro on the corner of the main road (Italian - but I don't recall the name). Not the prettiest corner of Paris, but cheap and convenient. 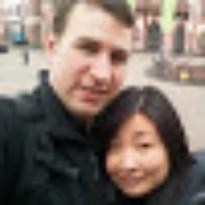 We stayed 2 nights in a three-bed room and found it quite satisfactory. The rooms are very basic and small, but clean and a good value, considering what you would pay elsewhere in Paris, especially if you book last-minute, like we did. The hotel is about a 10 minute walk to the Porte d'Italie metro station on line 7 and is still within zone 1, so it's pretty easy to get into the city. The staff were friendly, spoke good English, and were kind enough to order a taxi for us for our departure. The hotel is about a 20 minute drive to Orly, so it's great for early morning departures (like our flight at 6:50 am from Orly) or late-night arrivals.

Good for on a budget

I booked the hotel for myself, my 10month old daughter and a friend for a short break. Hotel was clean and good for price, but had a few issues. The air con was broken so the room was boiling hot and you can't open the windows. One of the three nights, the hot water didn't work all day. The only other minor issues were lack of space and pillows.

Ok for 1 or 2 nights, but stay on rear of hotel

Standard Ibis Budget, walking distance to tramway station at Porte d' Italie, close to shopping mall, restaurants, etc. Ok for a couple of nights, make sure you book a room on rear side of hotel as front is facing major road with heavy traffic at all time. Breakfast is poorer than in other Ibis Budget, especially those in Germany and Netherlands.

As a budget hotel this hotel does it`s thing well. The room is basic, but has everything you need, with a comfortable bed and a usable shower Wifi worked well on my laptop, but it kept logging out on my smartphone. Friendly staff and the reception is always open. The negative is the location, on a busy road far away from the city centre, 10-15 minutes walk to metro station. It`s also noisy, with lots of noise from the hall coming through the door all through the night. At the back, there is not much noise from the outside. And it`s not that cheap, but then Paris is a very expensive, so for Paris it is not bad. So, over all a middle of the road hotel, but for Paris it is a good budget hotel.