Located alongside a sparkling bay looking across to the long stretch of Le Touquet beach, the Institute offers magnificent sea views. Our professional staff and ultramodern facilities guarantee quality treatment in a friendly atmosphere. This is not the normal Ibis, it is more upmarket and a spa hotel. Dogs are not permitted in the restaurant. It is more expensive than normal. It is coupled with the Mercury hotel, quite large and finding the check in is a bit tricky. It is a very pleasant hotel, in a nutshell - just not your normal Ibis

Good Evening, We very much appreciate your comments regarding your stay at the ibis Le Touquet Thalassa. It is always a pleasure to receive positive feedback. I will share your comments with our team. I am sure that this feedback will serve as an encouragement to all of our staff as we strive to continuously improve the quality of our services. Thank you again for sharing your experience, and we hope your next visit will be as pleasant as the previous one. Sincerely, Frédéric Lefebvre

Location is great. Breathtaking views from restaurant and bar. Hotel oriented to pool and spa activities. Very long corridors. To access to lobby from the ibis entrance, you have to travel through the spa, swimming pool, restaurant and take 2 elevators. As my key was not properly activated, I had to do the whole trip again with luggage. Additional service is overated and was charged twice. It is nice to have a kettle, but it was calcified, thus non usable.

Good Evening, Many Thanks for your comments. Please accept your apologies for the problem with your key. Regards, Frédéric Lefebvre The hotel is relatively new with a great setting and some wonderful vistas - but it looks like the finishing was hurried and the layout and signage in this hotel and spa is somewhat confusing .the restaurant has some good dishes but my food was cold and the service below average

Good Evening, Many Thanks for your comments. See you soon with pleasure, Regards, Frédéric Lefebvre

Good location. Room comfortable and well equiped but quite a few problems

The room was comfortable and well equiped. The problems start at the arrival: in order to check in we had to take two lifts and walk a long corridor. And then we had to come back to the starting point, where all the rooms are. We booked a room with a sea view and were given a room with a staircase in front of the window. We had to walk all the way back to the reception and back in order to get another room. Breakfast was until 10:30 but at 09:50 the staff started preparing the tables for lunch time and they didn't allow people to sit where they wanted, ridiculous!!

Good Evening, Many Thanks for your comments. See you soon, Regards, Frédéric Lefebvre

Good Evening, Many Thanks for your comments. See you soon with pleasure, Regards, Frédéric Lefebvre

The hotel has had some improvements since my last stay and I do not think they are for the better. The combined reception for the Ibis & Novotel does not work for me. It is necessary to walk a fair way to check out of the hotel along with the undesirable effect of walking through the dining area. It was off putting to have suitcases being pulled along whilst trying to eat. Signage is very poor.

Good Evening, Many thanks for your comments. Regards, Frédéric Lefebvre

This hotel is not the Ritz but the view of the beach from our room, normally I would score the hotel a *** but the view, the staff and the swimming pool facility i can't fault.The room itself is cosy, clean and adequate, should be interesting to see what the hotel is like when it has been updated.

The location was perfect but you definitely need a second floor room to experience the best of the hotel. The domestic staff keep the rooms spotless and the catering staff are a joy especially Helene.

Some rooms have been renovated; others not.Make sure you get one that has been renovated.The overall structure (eg the halls) needs a face-lift too.The only plus here is that it's right on the beach.

Hello, We thank you for taking the time to share your opinion. We hope to see you again very soon in a renovated and modernized site? Regards, C. DUCHAN

Great location on the beach ... literally

Beautiful location and wonderful attentive staff. Rooms in need of little TLC but comfortable and clean ... We had a wonderful stay in this hotel and cannot wait to come back when the Thalassotherapy centre is open and the refurbishment has taken place

Hello, Dear Guest, Thank you for taking the time to share your feedback. We hope to welcome you back to our hotel very soon! Sincerely, C. DUCHAN

Time to refresh the building

The hotel is in a prime spot and has obviously been well used over the years and is now due to get a full renovation. The sea view room we had also had a boardwalk right outside the window and so we had to keep the curtains closed as people were quite literally just outside and happy to stare into the room. Holes in the curtains about summed it up but the room charge is right up there at the top end for an IBIS hotel. Very disappointed, but the only saving grace was the staff who were very good. I would rate the IBIS close to the eurotunnel in Calais to be far superior in hotel quality and obviously a vast difference in cost but that is in part down to the location.

Hello, We are sorry that the service did not live up to your expectations and we sincerely apologize. A renovation phase of the Ibis hotel will begin soon. Looking forward to welcoming you to a renovated and modernized site, Regards C. DUCHAN

Hotel as a beatyful location on the beach of Le Touquet Paris-plage. Seaview is fantastic, rooms are outdated, spa facilities and pool closed for renovation. Breakfast was ok. Overall to expensive for the actual quality.

A great location with friendly staff, the physical property is the only let-down - v tired and in need of tlc. Good food choices and generally clean and tidy but old carpets and broken skirting etc. are a bit of a let down.

Picked for location and previous experience at adjacent Novotel. The hotel also welcomes pets, in our a case a smallish dog, and everything exceeded expectation apart from the hotel looking 'tired in some areas. 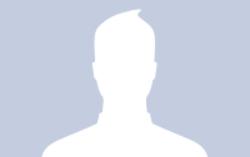 Location of hotel on beach perfect. Standard of housekeeping very poor especially for a hotel belonging to the Accor Group. Bath had scum with the stained wall tiles. Dirt underneath grab handles. The wardrobe walls hand not been painted in years. The TV station list was out of date, which shows the poor level of management at this hotel.

Having stayed on numerous occasions here, this time I was very disappointed. The cleanliness of the bathroom was not up to scratch. Breakfast not available at 11h00 - though in the room it said it was available until 12h00. This hotel is old and needs to be refurbished.

French with a twist of England

I had previously read poor reviews of this hotel but I could find nothing to criticise. The location is perfect although windy weather may affect your sleep, well you are right on the sea. The staff were very helpful and the amenities excellent. Good breakfast and a varied dinner menu with something for everyone.

Good Evening, Many thanks for your comments. See you soon with a lot of pleasure. Kind regards, Frédéric LEFEBVRE

Really don't know where to start! We would never ever stay at this hotel again. The first thing was the smell that hit you as you entered the room it was bad. It was coming from the bathroom it was absolutely disgusting, either damp or sewage problem! It smelt so bad. Dirty marks under the toilet roll and all over the wall. A build up of dirt and grime on the floor in the door way of the bathroom, also a big gap under the whole length of the bath harbouring lots more filth! Also a dirty shower curtain not attached to all of its hooks and still wet from the people before! It was very tired, dirty, hot [no aircon] The curtains had holes in and and were falling down where hooks were missing. The net curtains were filthy oranges stains and dirty marks all over them and also falling down due to missing hooks. The room had 2 single beds, one of which had a broken leg, the beds were only 2ft 6inches wide and were so well slept in they were already body moulded but to someone elses body, no room for turning and if you did manage to turn you ended up back in the dip! The floor was dirty there was someones old contact lens on the floor by the bed. The window opened fully into the room the frame was very black mouldy and dirty the window catches were very corroded. We had to have the window open because of the smell and the heat. The desk had a large crack and the laminate was lifting, the gap along the front edge was full of dirt and spilages. Both of the soap dispensers had the lids missing! Greasy looking hand marks on the wardrobe doors. Wardrobe shelves coming away from the wall. The only thing we actually liked about the room was the safe it had a light that came on when you opened it! We did eat at the hotel on the first night the food was actually ok but the service was atrocious, there were 6 waiting staff having lots of fun joking around with each other rather than waiting on tables So how was this resolved? On entering the room the smell hit me immediately I rang reception to change rooms and was told there were no other rooms, the receptionist would bring some air freshener in twenty minutes. The receptionist arrived i showed her the faults she said she could do nothing about changing the room because they were full. She said she could do something with the bed and went back to reception. She came back about 20 minutes later and asked for the air freshener back! Obviously the air freshener only worked for a few minutes then smelt as bad again.

A very good Ibis - its location is a big +

A very good Ibis hotel in a great position on the beach, where we have visited a number of times before. The fact that we keep going back says it all! Just what you'd expect from An Ibis Hotel - clean and with good service. Limited facilities in the room and a small bathroom BUT as expected.

Good Morning, Many Thanks for your comments. See you soon with pleasure. Regards, Frédéric Lefebvre

we love Le Touquet & visit it often The Ibis & spa are in a wonderful location overlooking the beach . The combined spa&hotel package is good value . However the Ibis has been less than perfect on more than one of our stays not in any great way but in little niggling things like despite my membership not offering a complimentary drink 2years running. Similarly despite my mebership advantages & bookin 3months in advance & pre-registreing 3days in advance not having a room ready on arrival & last year not giving a room on the floor we requested. On both stays the room safe was faulty & the fitted room furniture was broken . Notwithsatnding we will return next year its such a good location & good value as a spa & hotel package