The Land of Legends Kingdom 5 stars

The Land of Legends Kingdom

The Kingdom Hotel will inspire adults to release their inner child and for children to hold onto the magic of childhood.

Located in this awe-inspiring park is The Kingdom Hotel, the first and only hotel in Turkey designed especially for children. The guest rooms and suites are inspired by fairy tales, which become legendary memories. --

The Land of Legends Kingdom

You can use our sumptious open buffet prepared by our gourmet chefs in our main restaurant on the B floor of our hotel. Our restaurant will provide you with a delicious experience, which is included free of charge according to your stay package.

Asil Restaurant, which offers the rich and magnificent options of authentic Lebanese cuisine prepared by award-winning chefs, invites all gastronomy enthusiasts to a different discovery on a charming atmosphere.

Piazzetta Restaurant, which offers the famous dishes of Italian cuisine in a warm and friendly atmosphere, is waiting for you with countless options, all of which are prepared by award-winning chefs.

The Legends Pub invites its guests to a completely different atmosphere with its French style decoration and provides special moments for the taste lovers with its unique menu and various beverage alternatives.

With the Nyssa bar and playground specially designed for our little guests in The Land Of Legends, the children have fun in safety and cheerfully, participating in enjoyable games and making new friends in this colourful space.

The hotel was brilliant and an amazing experience for our 2yo and 7yo girls. Plenty of entertainment and shows to keep us occupied. Just a few things I would highlight: Pools were advertised as heated but this wasn’t the case whilst we were there, unfortunately. The food at the restaurant was really nice but not completely stress free as parents with children who have allergies and intolerances. However, check with reception and someone will walk you through the restaurant to help liaise with chefs and advise on allergens. Umit, Ahmet and Orhan were really polite and attentive servers. Dilsat and Ilknur were brilliant hosts with our girls and so welcoming every day.

Dear Valued Guest, First if all we would like to thank you for sharing your feedback wlth Tripadvisor community. It is so important for us to know that our guest has a great holiday in The Land of Legends Kingdom Hotel. It is such an honor for us to know that our guests consider our hotel "brilliant", the comments like yours give us motivation to provide our guests with an impeccable service. We are so happy that you and your little princesses were satisfied with our kids oriented hotel concept and the service provided by our team members. It is gratifying to read you found the service of our team members so helpful. It is also very polite of you to mention Mrs. İlknur, Mrs. Dilşat, Mr. Ümit, Mr. Ahmet and Mr. Orhan for their kind behaviour towards you, we will make sure to deliver your thanks to them. We strive to create a positive experience for our guests, and comments such as yours make it all worthwhile. We would also like to state that there are heated pools in our Secret Lagoon, however as it is closed as for now, there is the indoor heated pool in our spa center. Furthermore, our chefs are always ready to help our guests who has some food allergies or intolerance. Thanks again for your valuable feedback and we are counting the days to see you and your family soon for the magical experiences! Kindest regards, Çetin Pehlivan General Manager The Land of Legends Kingdom Hotel Management

V.good experience the only problem was the Air heater in the lobby

V.good experience the only problem was the Air heater in the lobby Makes me not feeling good the weather was nice not so cold to open the air heater

Dear Haitham Abdulmuhssen M A., We very much appreciate your comments regarding your stay at the The Land of Legends Kingdom. It is always a pleasure to receive positive feedback. I will share your comments with our team. I am sure that this feedback will serve as an encouragement to all of our staff as we strive to continuously improve the quality of our services. Thank you again for sharing your experience, and we hope your next visit will be as pleasant as the previous one. Sincerely,

Hotel is nice but I won’t be back

The hotel itself is beautiful, every element of design is well thought of, let’s say compared to our experience in Disneyland Paris hotel - nothing to compare, Land of Legends hotel beats it in every aspect. The thing that really disappointed me was the restaurant. In all honesty if I could rate this separately, I would give 2/5 ranking to the restaurant and 6/5 to the hotel and hotel facilities. The reason is that the restaurant was always very crowded, it gave a feeling of three star hotel, the variety of food was very basic, half of the stalls were occupied with some strange Decor instead of food, creating crowds around the stalls where the food was actually served. I also can’t help saying that all deserts were served in giant portions, which automatically meant the quantity of food just wasted must be well above necessary. There were no a la carte restaurants included in All Inclusive at all, not what I expect in a 5* hotel. To sum it up, as we arrived for our stay in Land of Legends from Rixos Belek, which scored really high in terms of food experience, this was shockingly poor, partly because of the contrast. Also, one more area of improvement - during check-in process we asked if we get an upgrade as Diamond customers. The answer was “if you pay for it”. It is not exactly what I would expect, normally upgrades are free for the premium members provided there is availability. To summarize our experience, if I had to do it again, I would rather have stayed for extra days in Rixos Belek and commute to the park with shuttle bus as opposed to stay in Land of Legends

Dear Valued Guest, Greetings from The Land of Legends Kingdom Hotel! Thank you very much for your comment with all the details about your stay in our hotel. Please be assured that all the feedback we receive from our guests are taken with the utmost seriousness and immediate corrective measures are taken wherever required. While we are very happy to know you found some aspects of your stay to be enjoyable, especially trilled to hear that you were satisfied with our hotel's design and theme park, we are disappointed to hear that we were not able to meet your expectations in some points. As The Land of Legends family we always attach importance to the quality of products served to our lovely guests. Furthermore, we are ready to help our guests if they have any special food request. We would like to inform you that a la carte restaurants belong to the third party company, thus all of them are extra of charge. Rest assured that all the issues mentioned will be shared with the related department. We wish you to come back again and we can make your stay much more enjoyable. Stay safe and see you in The Land of Legends Kingdom Hotel again! Yours Faithfully, Çetin Pehlivan General Manager The Land of Legends Kingdom Hotel Management

Dear Salah Sh M Sh A., We very much appreciate your comments regarding your stay at the The Land of Legends Kingdom. It is always a pleasure to receive positive feedback. I will share your comments with our team. I am sure that this feedback will serve as an encouragement to all of our staff as we strive to continuously improve the quality of our services. Thank you again for sharing your experience, and we hope your next visit will be as pleasant as the previous one. Sincerely,

It was not first time, but always the best

Dear Nazar B., We very much appreciate your comments regarding your stay at the The Land of Legends Kingdom. It is always a pleasure to receive positive feedback. I will share your comments with our team. I am sure that this feedback will serve as an encouragement to all of our staff as we strive to continuously improve the quality of our services. Thank you again for sharing your experience, and we hope your next visit will be as pleasant as the previous one. Sincerely, 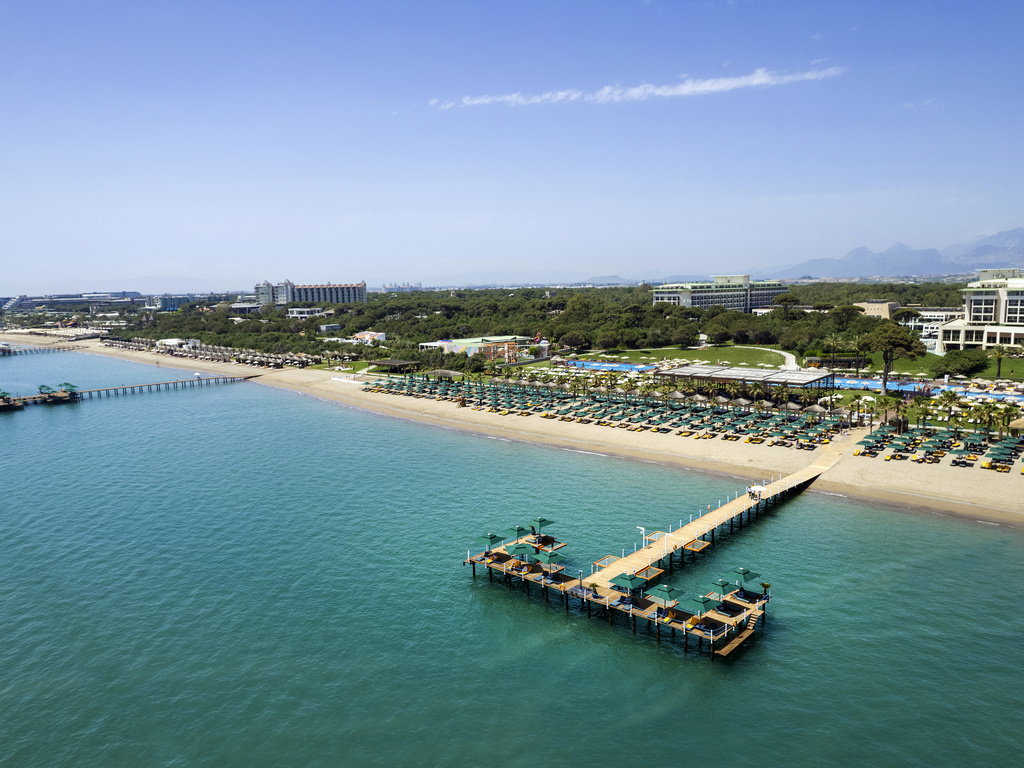 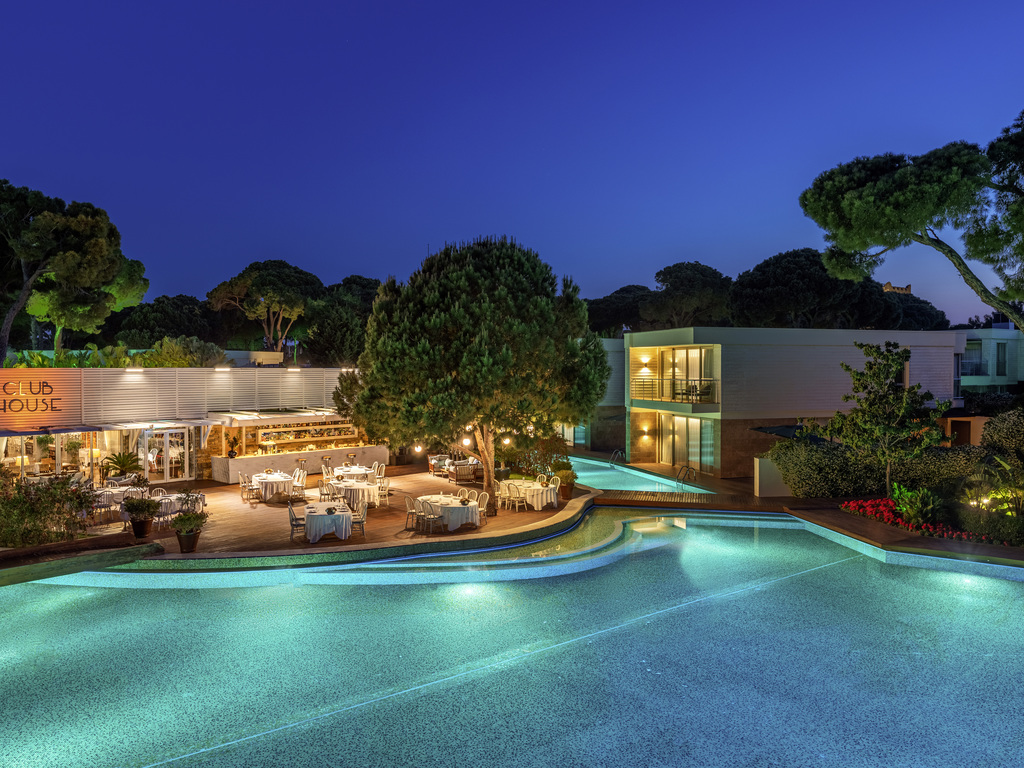 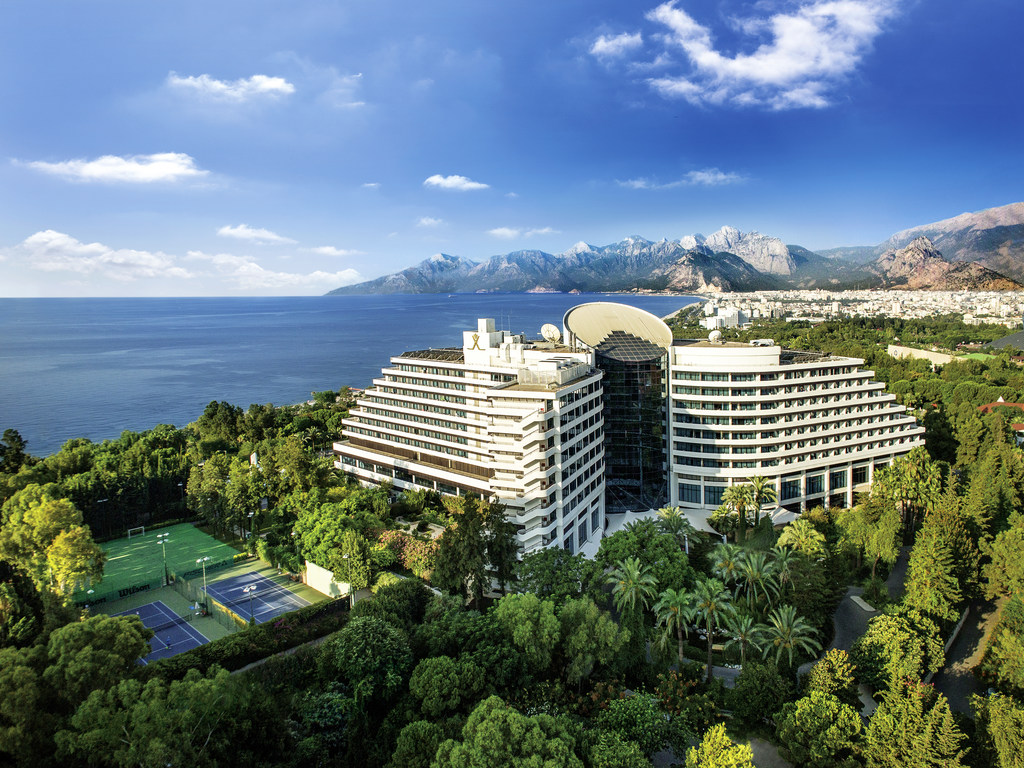 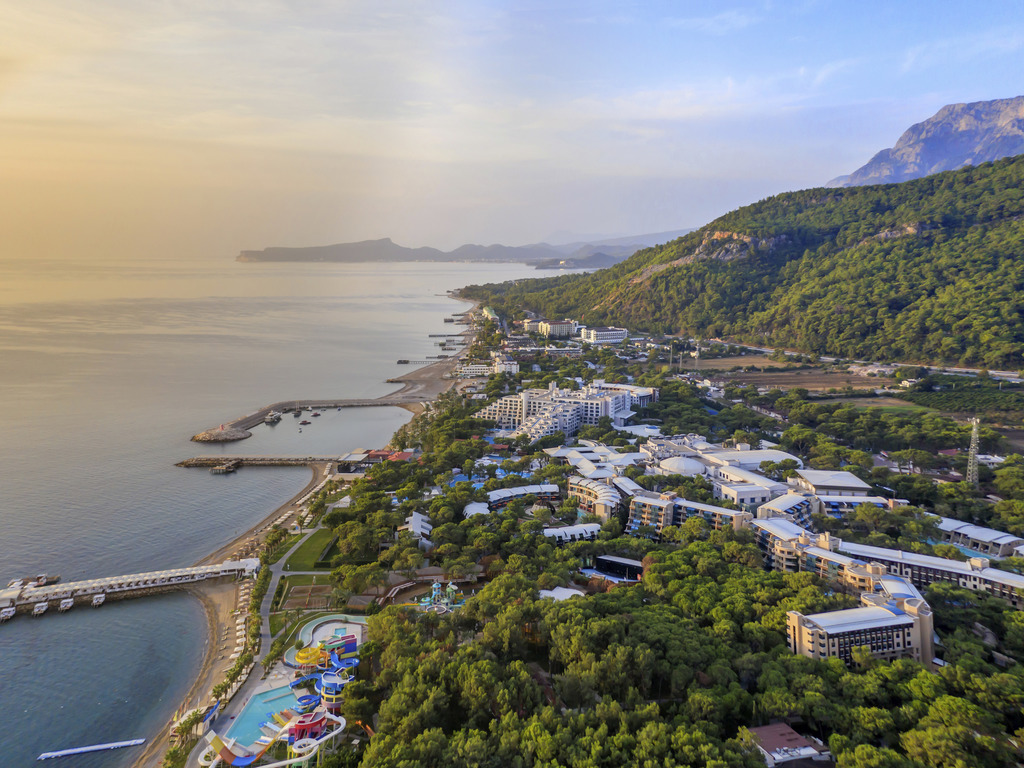 See the hotel
All our hotels in Antalya