Parking lot closed for works. We are ALLSAFE-certified in line with health and safety standards, so you can book with complete peace of mind. Rates can be cancelled up until check-in day.

Our hotel offers comfort, simplicity and elegance at the foot of the Eiffel Tower. You can celebrate your personal and professional events in style, thanks to a dedicated and mindful team.

Our 430-room hotel is on Paris’ left bank, close to the Eiffel Tower. Perfect for leisure or business, the Pullman Paris Tour Eiffel has 24 flexible spaces, including a ballroom, where you can host private or professional events in style. The FRAME bar, restaurant & terrace is an ideal spot for cosmopolitan meet-ups. Many rooms and meeting rooms also offer views of the Seine, Trocadéro & Eiffel Tower.

FR\AME is a brasserie rocking street-art colors with a creative menu of fresh ingredients, some from the hotel's organic kitchen garden. French recipes combine with spicy hints in the kitchen open from noon to 9pm. Head to the bar for professional or social gatherings during the week after work, Sunday brunches, and other events with live music groups.

The FR/AME brasserie has an open kitchen, private space, bar, vinoteca and terrace. It offers a unique, creative experience. Inventive menu based on fresh produce combined with spicy notes.

The creativity of the Californian FR/AME brasserie sets it apart, with its open kitchen, private dining room, bar, Vinoteca and terrace. The brasserie offers a unique adventure: the Californian experience à la française

Stay fit in all weathers with the hotel's fully equipped Fitness Lounge, complete with exercise cycle, weights and cardio equipment 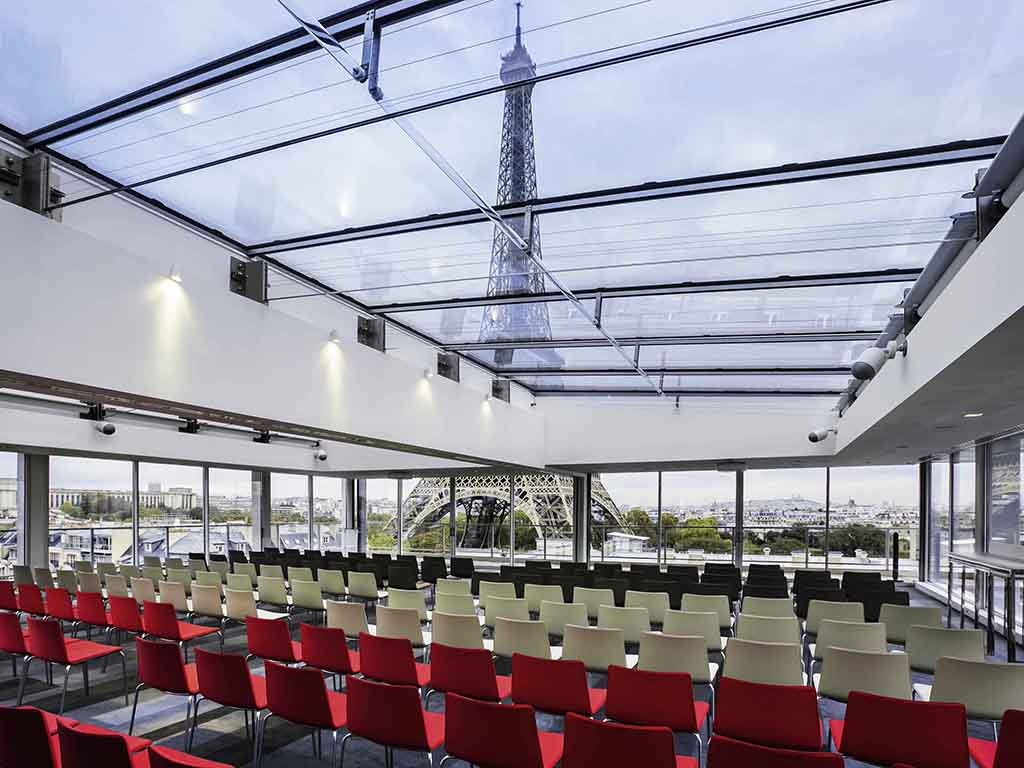 Weddings, birthdays, corporate teambuilding... Do your celebrating in our ballroom, new ground-floor garden or out on one of the terraces.

For your convenience, the hotel is fully equipped with WIFI and there is a connectivity lounge for you to use. Welcomers will be your point of contact throughout your stay with us.

The Pullman Hotel was in an excellent location! The young man that checked us in was absolutely amazing and very friendly.

Great Staff…Rooms could use a little work

Staff was great! Arrived later in evening with a balcony/tower view reserved but was left with first floor all the way in the corner with basically no view. Staff recognized this ahead of time and promised to move us rooms next morning, even moved our luggage for us to 8th floor with a magnificent view. Everyone super friendly and accommodating. Room could use work. Lots of dents in walls, the shower handle came off in our room and was stuck at barely warm water. For the location, it’s a good value

Dear Guest, Thank you for taking the time to share with us your experience at the Pullman Paris Tour Eiffel. We are delighted that you enjoyed your stay. The hotel maintenance department has been informed about the inconvenience in the room and actions have since been made. Again, we thank you for taking the time to detail your note. Your feedback helps us to improve the quality of our service. We look forward to seeing you again for a future stay in Paris. Lucille - Guest Experience

I had the most perfect weekend get away at the Pullman Hotel. The team helped me to organise a surprise for my husband’s birthday and the room was decorated on our arrival,everything was on spot. The restaurant at the hotel was amazing chef Nava and all the team were very friendly. The hotel is very well situated less than 10mins walk from the Eiffel Tower and the view from the room balcony was breathtaking. I will definitely come back as it is the best treatment so far that i have got in France from the moment we have stepped in till we left the experience will be unforgettable. Thank you for everything ,specially hats off to Chef Nava and Thierry from the Frame Brasserie.

Dear Guest, Thank you for taking the time to share your impressions of your stay at the Pullman Paris Tour Eiffel. It is with great pleasure that we read that your stay was very much appreciated. We are delighted that you took full advantage of the service of our staff. We pass on this compliment to Chef Nava and Thierry. Passionate about their work, they are committed to welcoming you with a smile and to meeting your needs in order to make every moment with us a special one. Lucille - Guest Experience Department

The landscape is really nice in the room. However, there is bad smell in the room, I used my own perfume, but the smell still there. Moreover, the shower gel was finished when I bath, it is not refill in the next day too...

Dear Guest, Thank you for taking the time to tell us about your experience at the Pullman Paris Tour Eiffel. We are sorry to note that your experience with us did not meet your expectations. The different points you have raised have been shared with our Executive Housekeeper of service who are working on it. Again, we would like to present our sinceres apologies. Lucille - Guest Experience

My experience at the Pullman was undesirable at best. The first room they put us in had a strong sewage smell coming out of the shower drain or a bad toilet ring. We asked them to fix the issue and all they did was pour some sort of solution down the toilet. It did nothing besides mask the smell for 20-30 mins. At first, i was told it was nothing they could really do because the hotel was completely sold out. After SEVERAL trips to the front desk to complain, they magically found another room to put us in. Upon arrival to that room, we were met with a strong mold smell coming from the shower drain. There was also mold build up in the shower. We called room service to see if they could come clean it but we were told that we should change rooms again because it was nothing they could do to get the mold out of the grout. Ended up having to deal with a headache from smelling mold my entire stay because they didn’t have another room to change us to. Both rooms they put us in were small, dingy, and not worth the hefty price point. The smell of sewage and mold must a hotel wide problem because we could smell it in the Lobby while entering the building. The only thing i enjoyed about this hotel was its location in regards to the Effiel tower. Find better value for your money because the Pullman isn’t it!

Dear guest, Thank you for taking the time to share your thoughts on the Pullman Paris Tour Eiffel. We are sorry to learn that your experience at the Pullman Paris Tour Eiffel did not meet your expectations about your room. We have forwarded your message to our Guest Experience Manager and who will get back to you very shortly through your email personal email address. Again, we would like to present our sinceres apologies. Lucille - Guest Experience 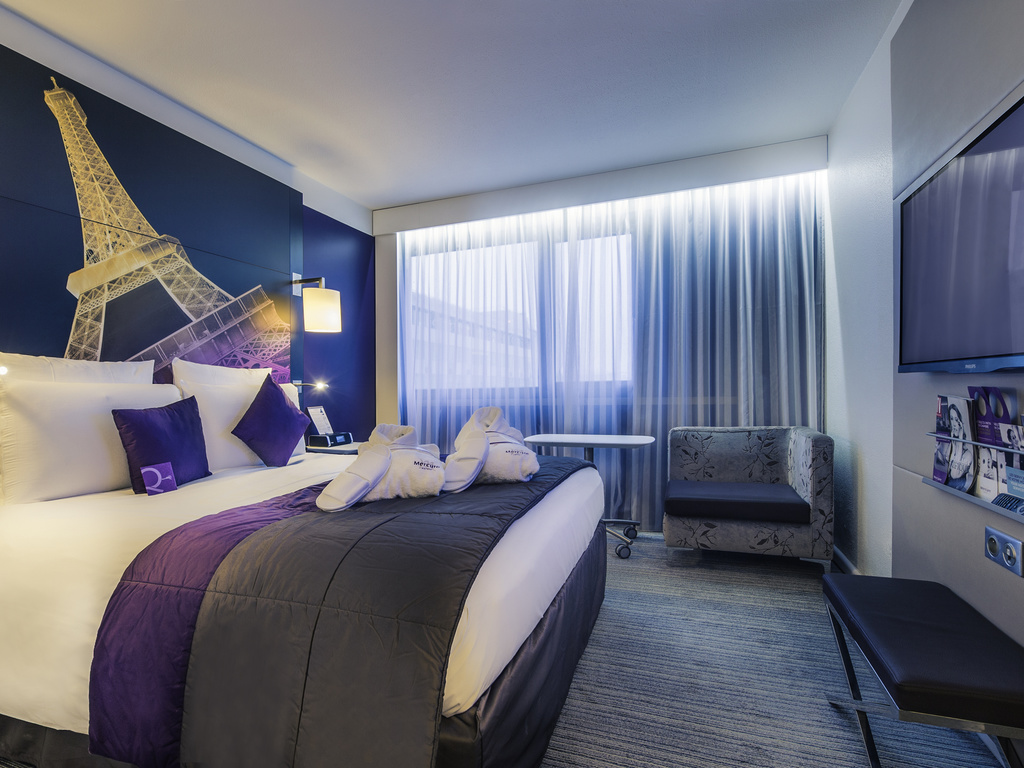 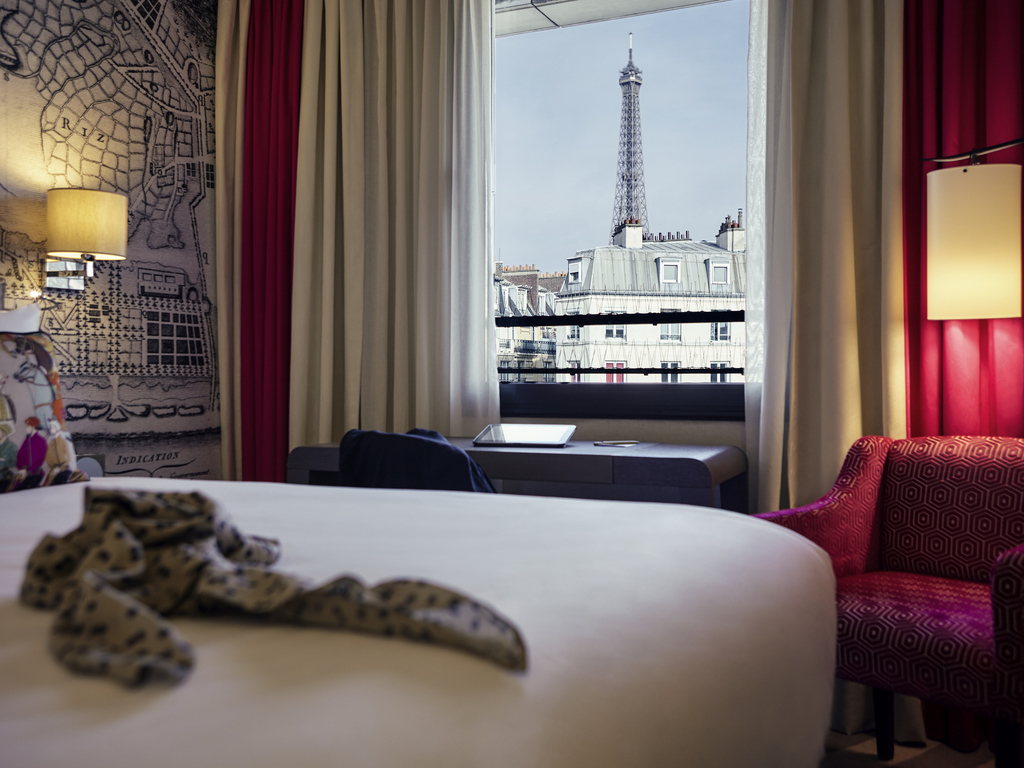 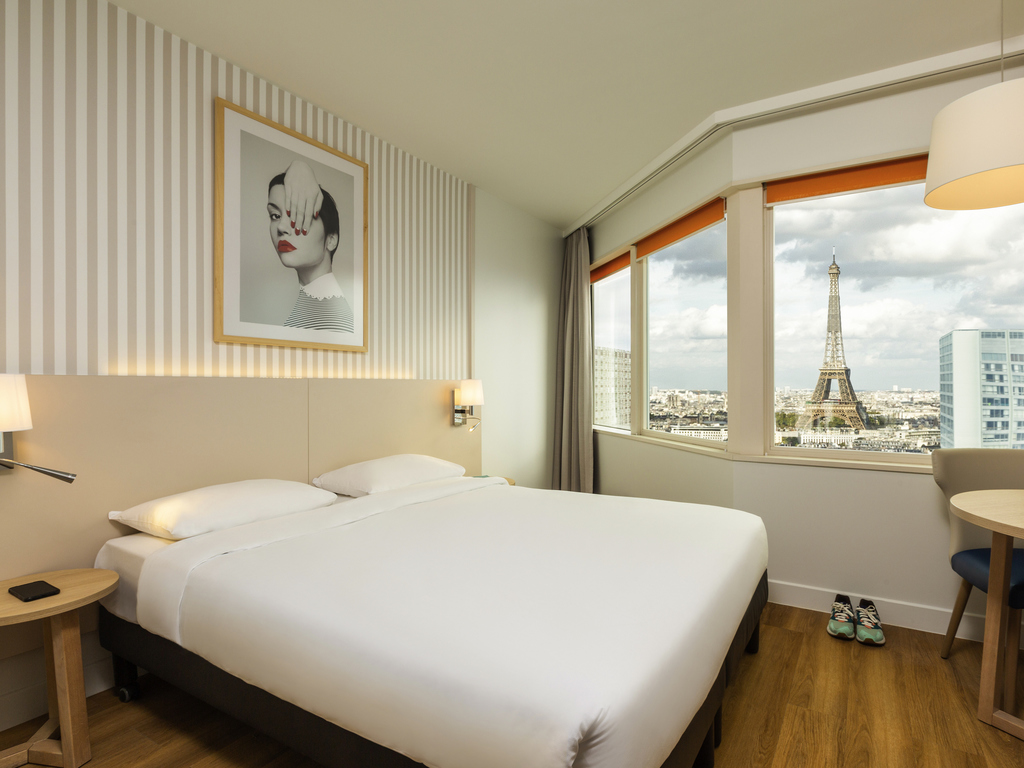 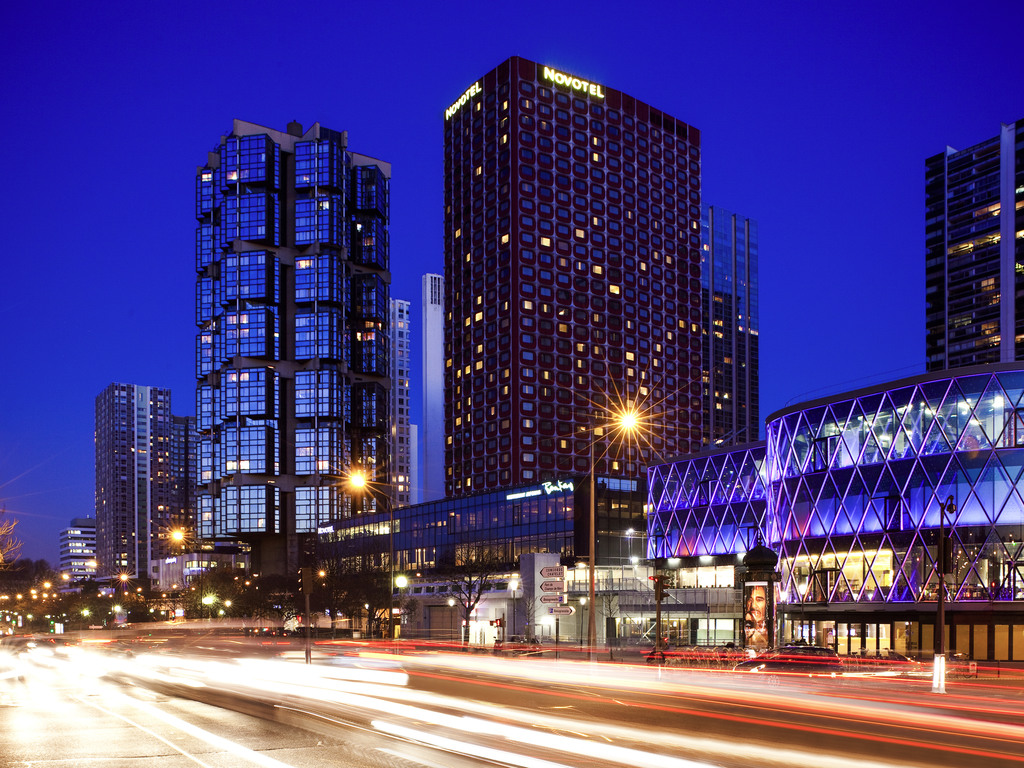 See the hotel
All our hotels in Paris