All hotels in BOEBLINGEN

Due to the current legal regulations, the hotels may only be booked for non-tourist guests until further notice. Before arrival, you must confirm in writing that your stay is not for touristic purposes. Please note the exceptions in certain federal states and also that mouth-nose protection must be worn at all times in the public areas of our hotel. Thank you for your support and understanding.

Dear guests, our doors have reopened with joy, because we missed you all very much. Together with you, we trust that a great new beginning is possible and are very much looking forward to your bookings.

Mercure Hotel Stuttgart Böblingen with 116 modern rooms & free WiFi is on the outskirts of the city. There are seven meeting rooms for events with up to 275 people. The CCH-certified 4-star hotel offers leisure options such as a beach bar with garden and a football and volleyball field. Your arrival: Stuttgart Main Station and airport each are 25 km away. Car park is available directly at the hotel.

The Stuttgart region is characterized by economic power and innovation-and a high quality of life: Many of the region's 2.7 million inhabitants enjoy living close to the picturesque scenery of the Swabian Alps and the Black Forest.

The "Vision" restaurant is open daily from 12 noon to 2pm and from 6pm to 10pm. Regional specialties are served alongside appetizing international dishes, which can also be enjoyed on our terrace.

Enjoy classic long drinks, delicious cocktails and wine from our selection of Grands Vins Mercure in our "Bistro.com" bar from 12 noon to 1am.

Keep fit whenever you like: the fitness center with its cardio machines and wall bars is open round the clock. You may use the sauna from 4.00 11.00 pm and 24 hours at weekends. In summer, freshen up in our outdoor pool. Quite below our expectation, and what we usually get in a Mercure Hotel. - Bathroom was quite old. Refreshment to be considered. The bed was however comfortable and bed sheet OK. - The lift in the hotel, the carpet especially was dirty. - Restaurant was closed. No breakfast available in the morning. A free coffee machine , running out of everything ( milk powder, coffee ) has delivered to my daughter a kind of hot mixture yet to be analyzed. All 5 of us agreed to consider it has been our worst experience in a Mercure hotel.

Flashback to the 80's

I guess this hotel is OK for business traveler where the boss is paying but definitely not for leisure. One expects a certified 4 start Mercure, which are great hotels, but in reality it is a badly maintained franchise that seriously needs refurbishment. The rooms are old, dusty, moldy and the TV and other accessories date from very long ago. The hotel page says (said, the manager took it off during my sty, after I pointed it out) there is a swimming pool but this was a hole filled with gravel. This is now covered with sand and rebranded as a "beach bar" (I have to see the bug that will breed under there after the first rains). I booked a rate which includes the famously great Mercure buffet breakfast but ended up getting 9euro priced "happy meals" for breakfast meaning I paid considerably more for breakfast because I prepaid. When I complained later a manager said they did have a buffet as well, which is a lie as it was never served and I was told very clearly I will have to settle for the paper bag happy meals. The parking booms are broken and the parking card machine seems to have been run over. While there is free parking on the street, the hotel still had the audacity to want to charge me for this unsecured parking. The only positive was the one manager, that ended up putting me in the hotel next door (art hotel anna), which apparently belongs to the same owner but which IS well maintained and modern, unlike his Mercure franchise. I stay at Mercure often but this is not worthy of being called a Mercure hotel. At half the price, with a 3 start rating, maybe OK for work travel.

Overpriced, Old , not renovated in a bad state

The room is in terrible state , must be renovated as soon as possible. We paid 15 euro per night for business package, while wifi didn't work in the room. 170euro for such room is way overpriced.

We booked a double room for one night. There were a double bed and two pillows but only one deck. After ringing the reception we were brought an extra deck. Also there was only two small towels in the bathroom and no soap or shampoo. It looked a bit like the room hasen't been properly prepared for visitors. The room also smelled a bit like an old smokers room and it was worn and not very clean. We payed 124 € for the room and additional 24 € for breakfast and even 10 € for a parking spot in the open. Not worth the money - we have stayed at Ibis Budget hotels that was better than this. Breakfast was fine though.

The cleaning service was just terrible. The only thing which has been done was the bed. The wastebasket has never benn cleaned, as well as the glasses. The window has been left completely open, so it was very cold in the room when I arrived in the evening. I have complained about the situation to the reception, but next day the same situation re-occured. Horrible experience. One night per 240€ witch such a service??? It is a joke...

No aircondtion , 35 degrees not acceptable

I will never go back again

the room should be renovated ! in current rooms condition the hotel is overpriced

i like the hotel, the breakfast and bar in the lobby. however the room conditions , the bathroom and beds are old and should be replaced/renovated.

Everything fine except WiFi

The overall stay way very fine and service was very good. The room was large enough, clean and calm. The hotel is close to the train station (5mn by taxi). Only thing which requires to be improved: Wi-Fi, as it was unstable and weak.

Am a accor gold. This time the biggest issue is wifi not working and so so slow. You cant havr this in a business trip and no solution provided. Disappointed

My stay was ok, the toilet smelled like a sewer, but I closed both doors going into my room and the WiFi is sub-par as usual. I couldn’t work from my room using WiFi at all.

Restaurant and Bar were closed for the weekend and we were unaware why. We received no notice of this and after a long trip we wanted access to easy food and drinks. Free snacks had gone by the time we arrived and there was only one restaurant available in the near vicinity.

My stay at the Mercure Hotel Stuttgart Boeblingen was fine insofar as the hotel location was within easy distance of where I was visiting and also not too far from Stuttgart itself. The standard room was clean and the bed comfortable. The bedroom door is operated by key card and I had trouble with my card on at least one occasion when I had to go to the desk for help. At other times it took several attempts to open the bedroom door. The TV in the bedroom appeared to have missing channels or at least channels which previously existed were now blank which I found annoying. The hotel itself particularly the bedrooms and corridors could do with a refurbishment as they are beginning to look a little drab. Also the single small lift is a nuisance particularly when trying to check out and there are many other guests trying to access the lift at the same time. I found the staff to be very friendly and helpful and the breakfast in the morning is very good. Would I stay here again? Probably yes because the location is good for me. I wonder what the better rooms offer over the standard room?

to expensive for the quality delivered

Due to trade fair the price was much to high, 270€ / night is not appropriate given the quality and standard of the hotel

Basically everything ok. The building is old and could use a construction.

I stayed at the hotel during a business trip. I was told that the hotel uses an central air-conditioning. The room allocated (404) was facing the sun during the day. The room barely has any air-conditioning. It felt like a sauna room to stay or even sleep in the room. And, the pipe broke on my last night of stay. It seems like the hotel infrastructure needs a major overhaul. I reserved and paid for the hotel on Expedia. However, during checkout, the staff insist that they did not received any payments from Expedia and wants to charge my credit card. In the end, I end up paying twice for the stay. And, I am still working with Expedia to get my refund from the hotel. The only positive about the hotel is the location. Otherwise, the hotel can use a major overhaul and upgrade on customer service. 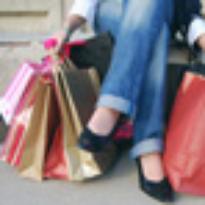 stayed here whilst travelling to Italy, the location to the motorway and location determined we would stay over in this area. only had a room, the dinner choice was really limited but we would not eat in hotels anyway, 25 min walk through a Commercial / Retail area got us to a couple of eateries overlooking a small lake with a fountain, this seemed to be a central point, we had Vietnam food which was good and fair price. the room was a general hotel room with no + or -, shower worked ok , bed ok. it did advertise a pool but this was closed for adjacent building work

The rooms need a refresh

I was there for business and the location was very good for me also because of the SBAHN station. breakfast is quite good, but rooms need a refresh. Also the TV is almost not usable, maybe it allowed me to be more focus on work!