Despite having spent my entire life eating my way through Bangkok, a street food tour in the city’s Chinatown still tops my list of favourite things to do. 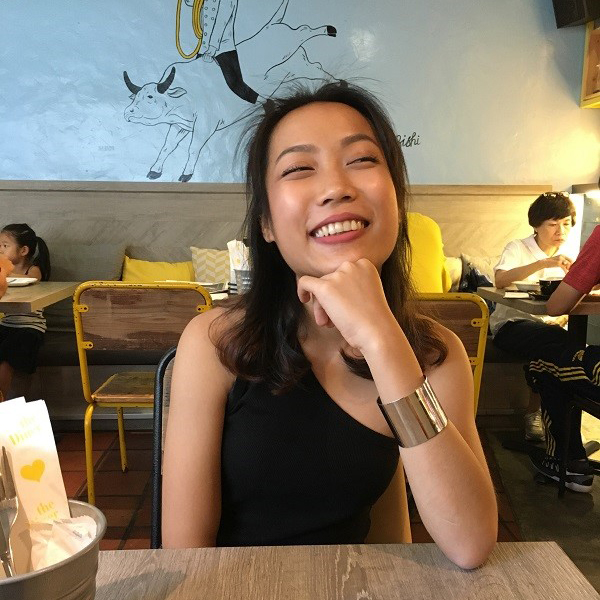 I’m a Bangkok native and Storyteller at TakeMeTour. After a one-year exchange programme in Denmark during high school, I realized that I love learning about other cultures, trying new foods, and also exploring the hidden gems in my homeland. Besides travel, I live for king-sized breakfasts and dog hugs.

While most foodies flock here after sunset to explore the vibrant street food scene, I discovered recently that Chinatown by day is not at all the sleepy rows of wooden shophouses I had envisioned. In fact, it’s just as frenetic – and every bit as much of an adventure – as it is by night, with throngs of people buying groceries, trading gold, or visiting one of the Chinese temples.
My rediscovery of Chinatown began at Wat Traimit aka Temple of the Golden Buddha, and it wowed me, not just because of its gold-on-white opulence and the grandeur of the Golden Buddha, but because of the Chinatown Heritage Centre on the 3rd floor of the main chapel.
Being Thai-Chinese myself and having marvelled at how my paternal grandparents managed to own a small shophouse and raise nine kids, the museum spoke to me on a personal level. The wax installations depicting young Chinese in scruffy clothes painting earthenware or dishing out noodle bowls to their trishaw-peddling uncles brought to life my own ancestors working their shifts.
It was here that it dawned on me just how awesome my grandparents, and thousands of other Chinese grandparents, were – weary from the long journey and the hardships that followed, but dead set on building a new life from scratch. And behold the life they’ve built!
My next stop was the bright red Guan Yin Shrine at the Thian Fah Foundation, Thailand’s first foundation, which served as a hospital for sick and poor Chinese. Fortunately, the foundation attracted doctors from all five Chinese groups, so all five Chinese dialects were spoken. Otherwise, it would be difficult for a Hokkien patient to tell a Hainanese doctor that he had a sore throat.
I decided to dig deeper into Guan Yin’s history. The much-loved Chinese ‘Goddess of Mercy’ is revered for her compassion and attention to details that the alpha male gods overlooked, like granting a lottery win or pregnancy, because, as you know, it’s the little things that matter.
Maybe it was Guan Yin who was behind this delightfully cool afternoon, so I happily trotted along the road to Yaowarat Gold Museum. I was drawn here because all the vintage jewellery-making tools exhibited are from a famous 140-year-old gold shop in Chinatown that no longer uses them and decided to put them on display.

The Thai-Chinese collected gold accessories instead of money. Because fires were so common and hard-earned banknotes could turn into ashes in the blink of an eye, wearing gold jewellery allowed you to grab your kids and run at the first sign of a blaze.

Then came the best part of my day: the food. Day or night, Chinatown is among Thailand’s best destinations for LocalTable, from main dishes to desserts and drinks. It only requires a bit of researching, and patience: the queues can be long, but all things come to those who wait.

A Guide to Markets in Saigon