Full of energy, optimistic, colourful, Dakar is a city of character. You can hear a hubbub coming out of its dusty yet charming streets where its inhabitants stroll around wearing bright colours or in elegant suit. Buses honk around while 7-seat taxis zigzag, their windows half-opened allowing you to catch a few words of their singing conversations. Welcoming and always changing, the economic and cultural center of Senegal, lives following the rhythms of Senegalese pop whose sounds remind you of jazz music.

Between appointments, enjoy a trip to the Mamelles, the twin hills over the Capo Verde Peninsula. In front of you the Atlantic Ocean lies lazily while Dakar is boisterous as ever. You can see the “rebirth of Africa” a statute erected in 2009 and representing a man, a woman and a child pointing towards the horizon, a symbol of hope.

Turn up the volume

Day and night, the music is always turned on. Each street, each neighbourhood has its own soundtrack, from car stereos to out-of-the-blue concerts. At night, head to the most famous bars in town, in the University neighbourhood. Saturday night fever? You are in the right place! Dakar turns into a dance floor thanks to its numerous nightclubs.

Slip away from your business meeting and stroll around the Medina with its intricate streets and have a look around. In a hurry? Pop in the splendid Great Mosque. Looking for some arts and culture? Downtown, walk in the French Institute and its marvellous gardens where one can enjoy a nice cup of coffee while peacefully reading a book. Or, you can choose to visit an exhibition set in the Art Gallery called “Le Manège”; it is right next door. You can enjoy the breeze while walking along the shore where the Novotel is located.

Every corner is an excuse to have a bite in Dakar. Delicious restaurants serve some exotic dishes to die for such as grilled fish, « mafe rice »-rice with some peanut butter and chicken or meat-, « thiéboudienne »- fish rice and tomato sauce- or «  poulet yassa » - marinated chicken with an onion-lemon-vinegar mixture-. Tiny or trendy, the restaurants line up Pompidou avenue or can be found near the Kermel Market or Ngor neighbourhood. Do not be on a diet!

Be prepared for a kaleidoscope. The Kermel market, built at the end of the 19th century, is the true belly of the city. Fresh fruits, shrimps, vegetables and even cows are sold here. Just out of the market, you can discover authentic and handcrafted wooden statues. The HLM market is where to go if you want to buy textile. Colourful fabrics, fashion is a thing to be taken seriously in Dakar! You can even get a tailor-made dress or a suit.

A few minutes from the Independence square, the true centre of the city, where the luxurious Pullman Dakar Terenga Hotel is set, just a corner away from the urban ibis Hotel, you can sail to the Island of Gorée. It is just off the coast of Dakar, a 30-minute ferry ride. Walk around its quiet streets and admire its colonial buildings. Take a tour of the «House of Slaves », a historical house turned into a museum as a testimony of a painful past.  To end up your tour have a meal in one of the restaurants boasting a sea-view. 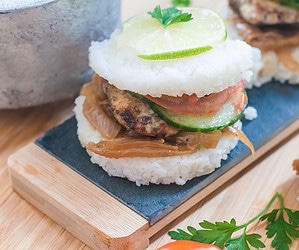 Carnivals : everything about carnivals in Brazil